5G skiing: How one blind athlete is conquering the slopes

High up on the Riedberger Horn in the Bavarian Alps, 27-year-old Noemi Ristau stands on a snowy cliff.

With freezing temperatures, bright sunshine and blue skies, the conditions are perfect for downhill skiing – but she sees nothing of it.

Noemi – one of the most successful Paralympic ski riders in Germany – is blind.

For the first time since she lost her sight about 15 years ago, Noemi will master a solo descent down the slopes.

Until now, Paula Brenzel – her guide – accompanied her down the slopes to announce the length of the turns via acoustic signals.

This time, the two of them will communicate from different parts of the mountain, connected only by a smartphone.

Taking on the slopes

Using a local wireless network, video and sound are transmitted from a smartphone camera attached to Noemi’s helmet. Paula is then able to relay her instructions back to Noemi verbally – all in just under 10 milliseconds, as fast as the human nervous system.

The extremely high bandwidths and minimal response times of 5G technology mean that Noemi can ski down on her own, while still receiving support from her guide. 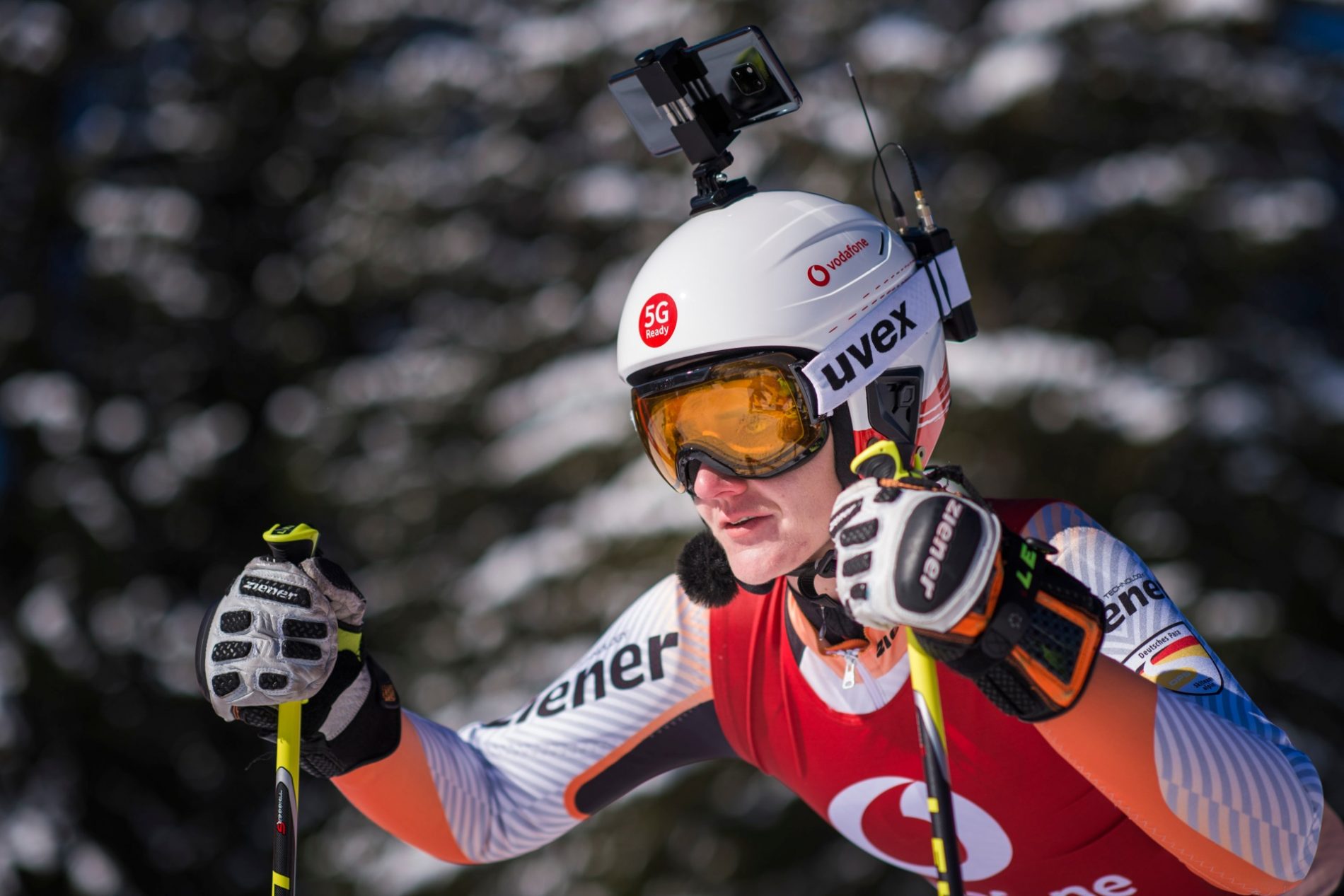 “From the moment I stood up, I was really excited to ski down alone. I hadn’t known that feeling for such a long time,” says Noemi.

“After the first few turns I didn’t feel so alone because I always had Paula in my ear. I almost forgot she wasn’t with me at all.”

“When I got to the bottom, I still felt total tension, but also an incredible relief and joy to have arrived at the finish and that it worked so well on the ride down.

“I was very surprised that such a thing is possible, and am infinitely grateful to be the first blind person to take part in such an experience.” 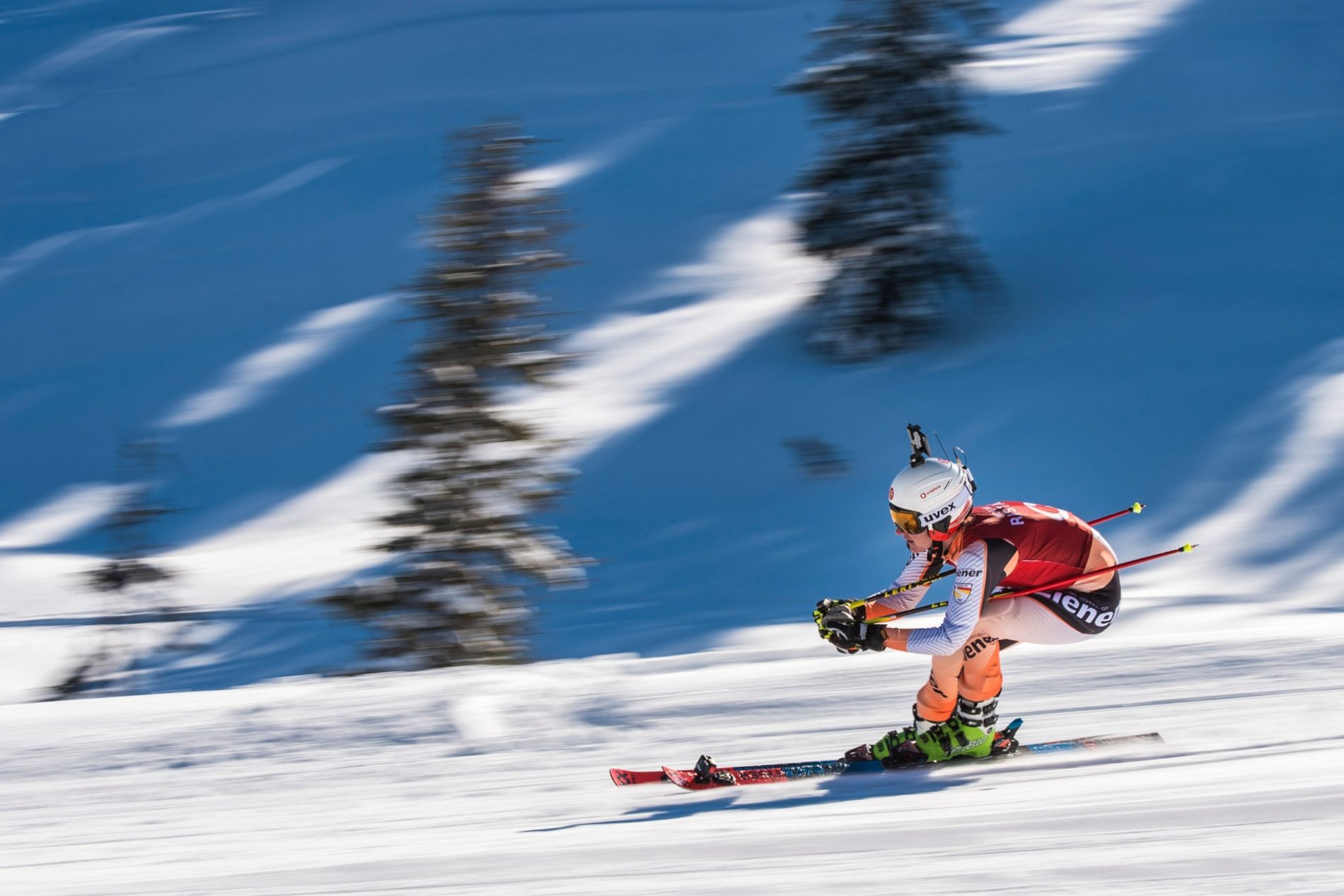 In the future 5G connectivity won’t just benefit people like Noemi – motorists, pedestrians and cyclists will be able to communicate with each other in real-time to improve road safety.

Data exchanged over 5G has a very short distance to travel, thanks to tiny data centres on the mobile phone tower – known as Multi-Access Edge Computing – which provide real-time connections.

“I am an avid skier and know from my own experience how difficult and dangerous downhill skiing can be in poor visibility,” says Vodafone Germany CEO Hannes Ametsreiter.

“Noemi is blind – but with 5G technology, she skis down the slope as if she can see. Together with her, we were able to show how people overcome boundaries – and make the impossible possible.”

Trials like this and other new 5G technology give us a glimpse what the future holds, as the network rolls out around the world. 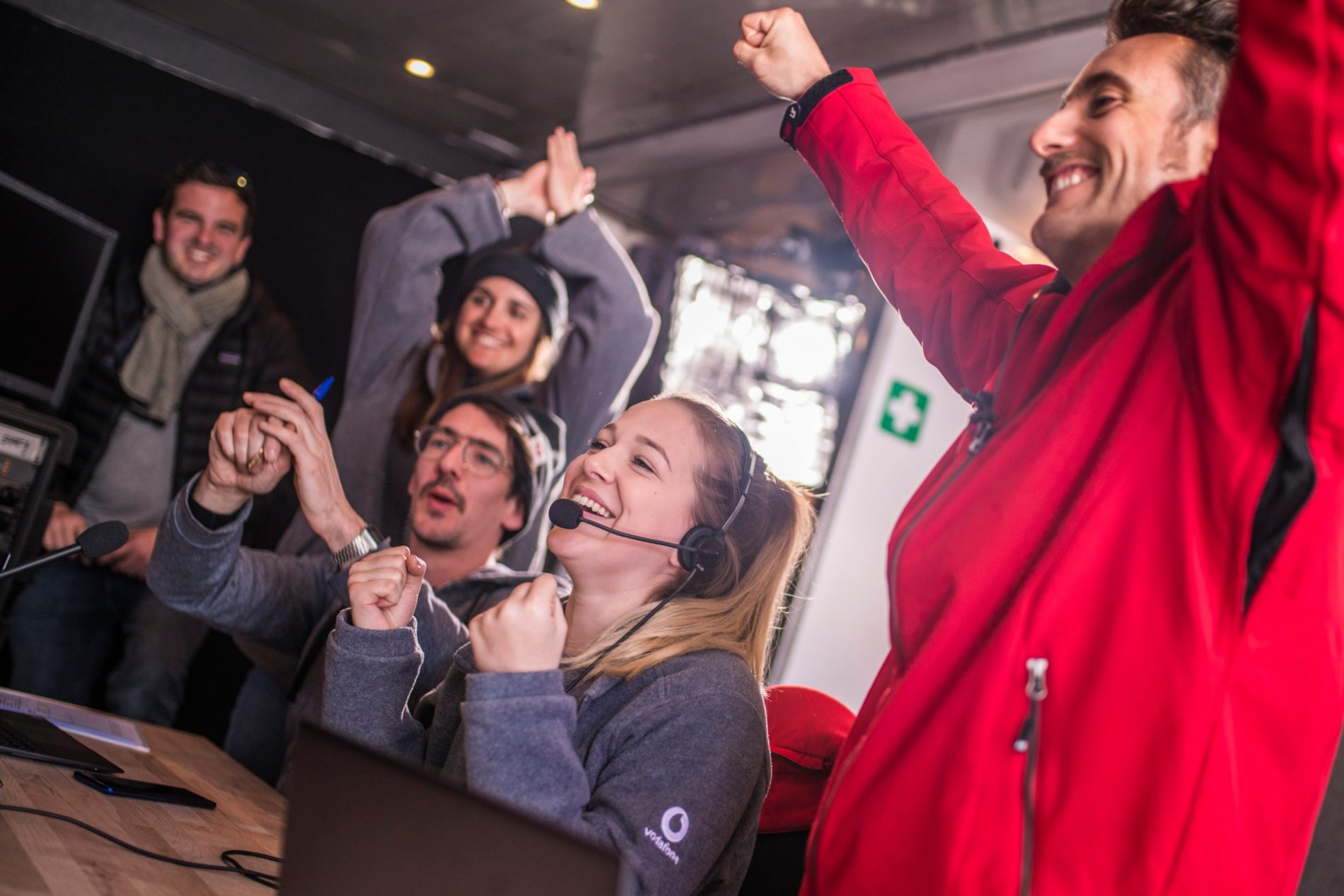 “This technology could be used for visually impaired and blind people for visual orientation in new cities and new surroundings,” says Noemi.

“Other sports activities could also be made more accessible through such technologies.”

“I could imagine contributing to the development of this technology and helping people with limitations to make new things possible through these technologies. I would be happy if others could also benefit from it.”