Vodafone’s businesses in Africa are a very significant source of government revenue, infrastructure investment, employment and skills development and are widely recognised as a positive force for good by governments and civil society alike. 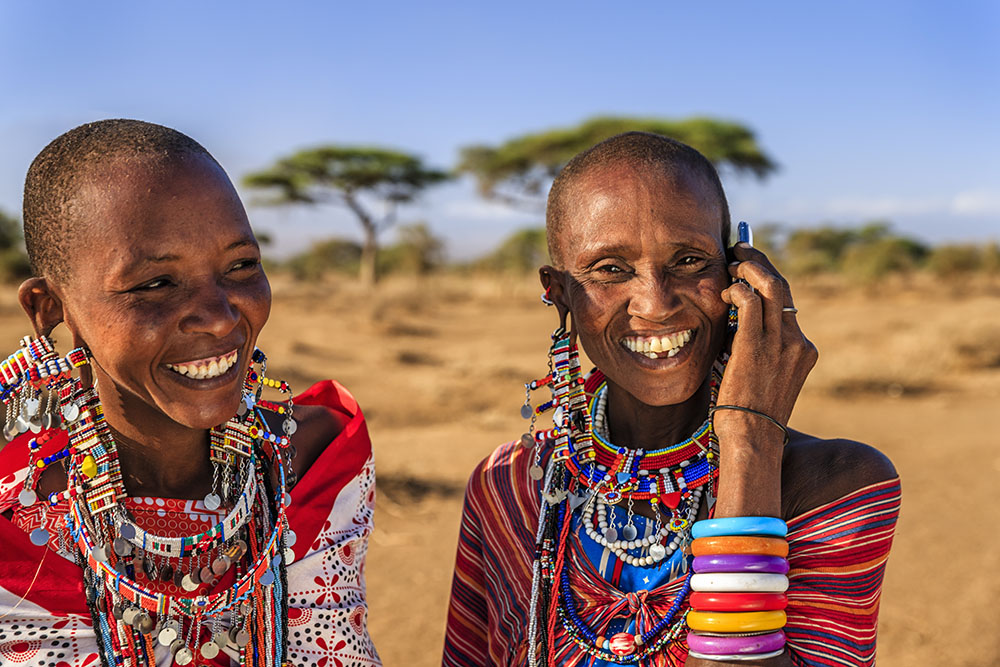 Each of our businesses in this region, as in the rest of the world, is in effect a local business, operated by the people of the country in which it is located. Our focus is on building these businesses for the long term and investing profits back into the country in which they are earned. We are a significant contributor to the development of these economies as an important infrastructure investor, taxpayer, employer and purchaser of local goods and services, we make a major contribution to the delivery of governments’ policy objectives across the continent.

An important issue for emerging markets, and one that can impact tax revenue, is that of illicit financial flows (IFFs) – illegal movements of money from one country to another. Work is ongoing to better define and measure the scale of illicit financial flows. However, even though there is no current formal definition, IFFs are generally thought to cover three areas; criminal activity, corruption, and deliberate misrepresentation of tax affairs. This diversion of money can undermine a country’s ability to provide the infrastructure and services that its citizens need. A recent report estimates that IFFs to and from developing countries may be worth more than a fifth of their total trade.

We take our responsibilities to contribute to emerging market economies seriously, and our principles, conduct and approach to tax is the same in those markets as in any other part of the world. Our commitment to transparency, openness and honesty forms a fundamental part of our Tax Principles globally and is particularly important in environments with a history of endemic corruption and where public institutions are less well developed than their OECD counterparts.

We now have operations in eight countries (South Africa, DRC, Lesotho, Tanzania, Ghana, Tanzania, Egypt and our associate in Kenya) and a presence in another six markets across the continent (Nigeria, Zambia, Mauritius, Cameroon, Cote D’Ivoire and Angola).

Our sub-Saharan subsidiary, Vodacom, was first awarded a licence in South Africa in 1994 and we have since expanded our presence across Africa through various acquisitions in the DRC, Lesotho, Mozambique, Tanzania and Kenya. We have been operating in Egypt since 1998 when we were awarded a licence and we acquired the business that is now Vodafone Ghana in 2008.

The Vodacom Group, Safaricom and Vodacom Tanzania are all publicly listed companies with relatively large individual shareholding bases (apart from Vodacom Tanzania, which listed in August 2017). The Vodacom Group and Safaricom are among some of the largest public companies on the continent and are viewed in their respective countries as a core part of national economic life. Additionally, the governments of Ghana and Kenya own shareholdings in Vodafone Ghana and Safaricom respectively.

In 2018, our African businesses paid over €1 billion to governments in taxes and other fees, accounting for 19% of the total direct tax and non-tax contributions we made to governments around the world. Our total contributions to governments across this continent in 2018 were over €1.9 billion and exceeded €8.9 billion in total over the last five years. The effective tax rate for Vodacom Group, which accounts for the large majority of Vodafone Group’s revenue from our African businesses is 29.6%.

As well as running communications networks across Africa, we created the M-Pesa mobile money service and launched it with our Kenyan associate, Safaricom, in 2007. 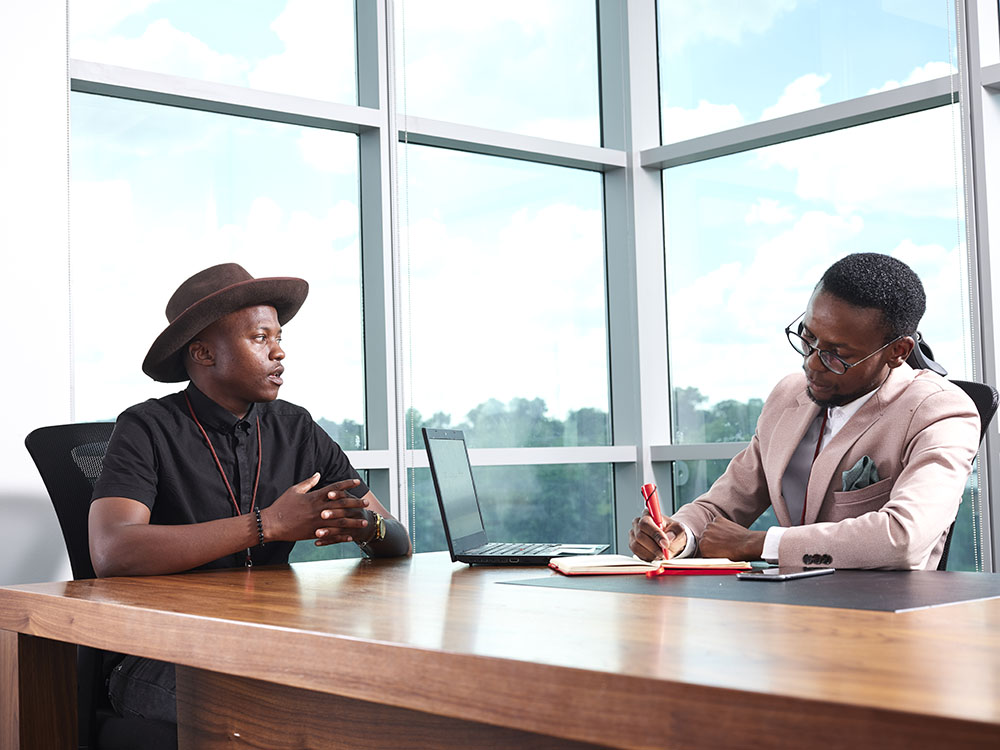 Vodafone’s African subsidiary, the Vodacom Group, derives the large majority of its revenue from its biggest operating company, Vodacom South Africa (Pty) Limited. Vodacom was founded in 1994 and Vodafone acquired a majority interest in 2009.

Vodacom remains the largest mobile operator in the South African market, providing both mobile and fixed services to its customers. In 2018, the company invested €759million to expand and upgrade the networks and services relied upon by its 95 million customers.

Vodacom Group employs 7,554 people, supports wider employment across a network of thousands of suppliers and partner companies, and makes a vital contribution to the delivery of the South African government’s information communications technology (ICT) policy objectives through its substantial capital investment programme. Further details about Vodacom’s contribution can be found here.

Over the past two decades, Vodacom has made a significant contribution to the transformation of the ICT sector locally, by supporting new businesses across its supply and service value chains; promoting employment equity; and subsequently becoming one of the leading black-managed companies on the

Johannesburg Securities Exchange. The Vodacom Foundation has also driven social cohesion by investing a total of €7million in local communities in 2018, through its corporate social responsibility initiatives across its markets.

€759 million invested in modernising networks and services in 2018

Despite this and the contributions of other businesses to society, South Africa continues to face a number of significant challenges, in the areas of increasing unemployment – particularly among youth – extreme poverty, and a growing inequality still rooted along race and gender lines. Vodacom’s response to these challenges has been to continue to expand its network as far as possible (despite challenges in regard to spectrum availability) in an effort to reach the most marginalised rural communities, while reducing the average price of connectivity to bring down the cost of communicating and so narrow the digital divide.

Vodacom continues to invest heavily in its network infrastructure in recognition of its responsibility as a significant contributor to GDP growth.

Vodacom has established a Transformation Committee to oversee all the company’s transformation and empowerment initiatives to ensure they are aligned with the government’s priorities. The Committee is focusing on areas including: employee equity; ownership; small and medium-sized enterprise development; and social corporate investment.

Vodacom has established a range of initiatives to promote gender diversity and youth empowerment in an effort to deliver on the principles of Broad-based Black Economic Empowerment (BBBEE) and employment equity. Vodacom’s workforce has now reached 74% black representation and 43% female representation.

Vodacom’s flagship programmes such as the Youth Academy Programme, the Vodacom Innovator Trust, and the Youth Entrepreneur Programme, driven by the Vodacom Foundation, have made significant inroads in skills development and advancing entrepreneurship within the ICT sector, in an effort to help address rising unemployment.

Vodacom’s significant investment in mobile networks means that connectivity is widely available, though due to high operating costs, affordability from the customer’s perspective remains a significant barrier to even greater mobile adoption.

Government tax strategies with regard to the mobile sector are therefore an important policy issue. Too high a tax burden for operators risks restricting investment and reducing the beneficial socio-economic effects – including better access to healthcare, education and government services – derived from increased participation by the wider population in the digital economy. Equally, it is important for governments to ensure that the tax system yields the consistent and sustainable revenues required to fund civil infrastructure

and public services. Vodacom therefore engages regularly with policymakers, tax authorities and other stakeholders to encourage the development of tax policies designed to stimulate digital inclusion and economic growth and fiscal stability, as well as generate the funds needed for public expenditure.

Dispute over the 2007 acquisition

In 2007, Vodafone purchased an indirect stake in a company in India from Hutchison Telecommunications International Limited (HTIL).

Learn more about our contribution to economics

Vodafone operates within a clearly defined governance framework on tax that is designed to provide certainty for all stakeholders.

Many governments choose to develop tax regimes that offer multinational companies some form of competitive advantage in order to attract inward investment.