We are committed to acting with integrity, honesty and transparency in the creation and execution of our tax strategy, policies and practices.

In doing so, we are mindful that as a publically listed company we have obligations to a very wide range of stakeholders, some of which may be in tension with each other. Companies are required to act in the interests of their shareholders and while this is by no means the only obligation, the board of a company has a duty to the individuals and institutions who have invested their funds in our business. For large public companies such as Vodafone, the majority of our shareholders are pension and long-term investment funds seeking to maximise investment returns for the benefit of millions of ordinary pensioners and savers, though we also have more than 344,000 individual shareholders many of whom rely on our dividends for income.

For any business, an increase in taxes paid equates to a reduction in the profit available to invest in future growth or in returns to shareholders. The interests of the individual pensioner, saver and shareholder could therefore be seen to be in conflict with the interests of an individual citizen. However, in our view, it is entirely possible to achieve an effective balance between a company’s responsibilities to society as a whole through the payment of taxes and other government revenue raising mechanisms, and its obligations to its shareholders. We believe that it is strongly in all shareholders’ interests that companies fully acknowledge their responsibilities to wider society, including the payment of all taxes due under effective tax regimes. We also recognise and value the benefits for society that arise from well-functioning taxation systems.

However, in recent years it has become increasingly difficult to persuade the wider public that many companies can – and do – manage to balance their obligations in this way. Heightened public scrutiny of multinational companies’ tax affairs and the use of artificial arrangements, such as aggressive and artificial tax avoidance scheme by some companies and individuals, continues to fuel this interest. Much of the national and international taxation systems are complex. Tax treatments (such as reliefs, exemptions and allowances) that are deliberate features of tax regimes are often wrongly reported as ‘loopholes’, with the result that the companies that use them find themselves unjustly singled out as tax avoiders.

Clarification on five areas of confusion

We produce this report with the aim of explaining what taxes we pay in each country, alongside the principles by which we operate, and our views on various matters of significance to the payment of taxes, including clarifying some areas that are often a source of public confusion.

1. Corporation tax is only one aspect of taxes paid by a company 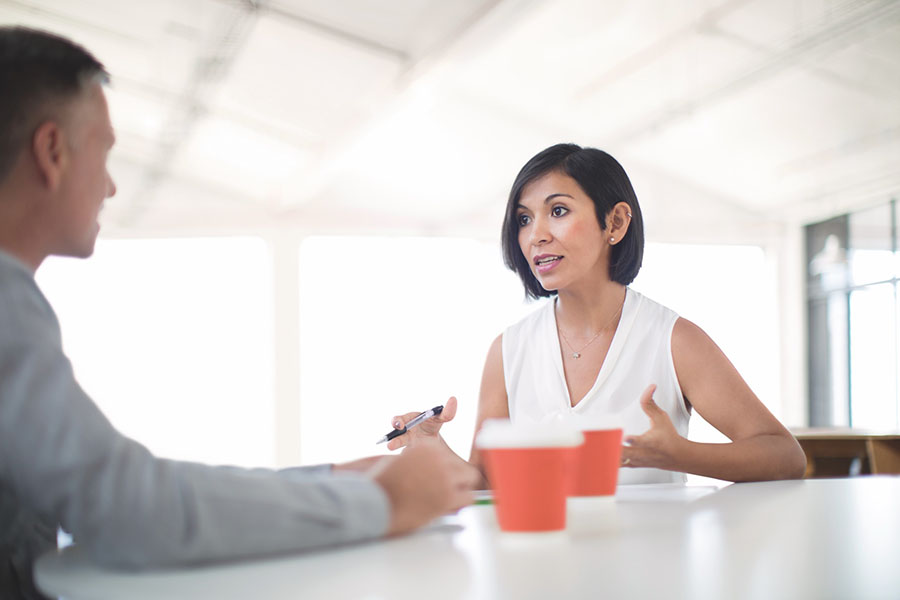 2. Most corporate taxes are paid on profits, not on revenues

This approach is common to almost all countries. If a company makes little or no profit, it will generally pay less corporation tax as a consequence. Without such an approach, companies experiencing periods of low profitability would be faced with disproportionate tax demands and significant disincentives for investment.

In some markets, the payment of other taxes that are levied on revenue (together with the payment of non-taxation based contributions such as spectrum fees) can decrease the amount of profit a company makes and will, in turn, reduce their corporation tax liabilities. The telecommunications sector is very capital-intensive and also has very high operating costs. For context, Vodafone made a total profit before tax (PBT) of €3.9 billion in 2018, based on a total revenue of €46.6 billion. It is therefore the PBT of €3.9 billion which determines many of the taxes we pay, not our revenue. 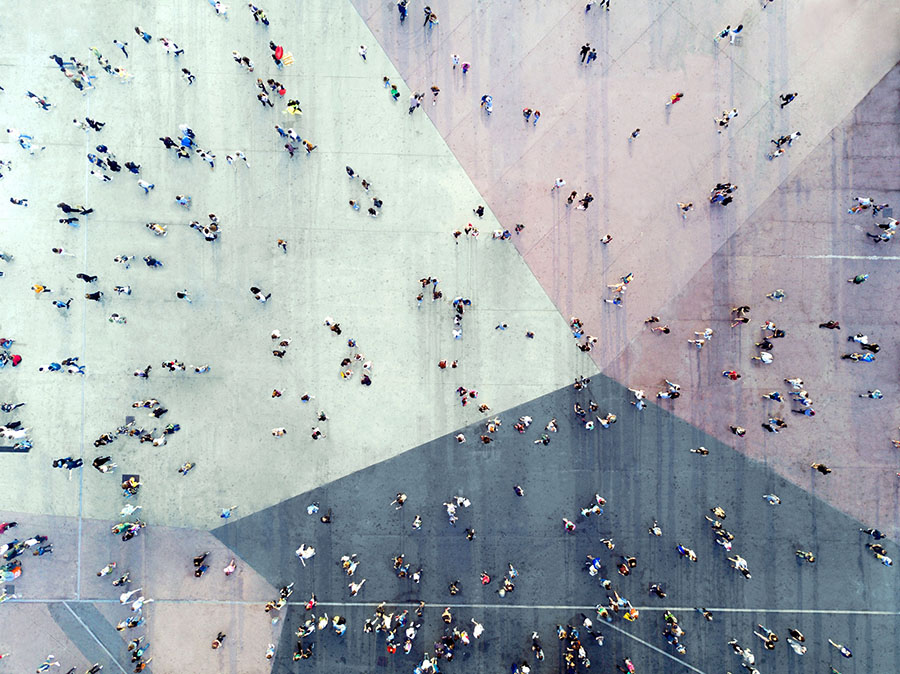 Traditionally, taxes generally fall due where profits are generated which also should be aligned with where the economic activity takes place. The extent of those tax liabilities is therefore determined by the rules of the country in which the business activity in question is undertaken. It is therefore incorrect to assume that a multinational company’s global profit before taxation (€3.9 billion in Vodafone’s case) is taxable in its country of domicile (the UK for Vodafone). Every country in which that multinational company operates will assess the appropriate tax liability due based on the profit generated from the company’s business activities in that country and will raise a local tax demand accordingly.

Under some circumstances, this may mean that a multinational company faces being taxed twice on the same income (so-called ‘double taxation’, explained on page xx in this Report).

We pay all taxes that are due under the law in each country in which we have a taxable presence. In 2018, those direct taxes paid amounted to a total of €3.1 billion globally, in cash terms, which was slightly above the amount paid in 2017.

Profits made when digital companies have little or no physical local presence in a market, however, are not always captured under the current tax rules. This could mean profits are not taxed and creates a mismatch between local value creation and where taxes are paid. The profits are not necessarily taxed in the country of the user but in the country where the technology has been developed. This is currently the subject of much discussion at a local and global level and is a topic we discuss in more detail on page x of this report.

4. Taxation is not the only route used by governments to raise revenue from businesses

Governments use other mechanisms to derive income from a company’s activities, including a wide range of licensing regimes, revenue or production-sharing agreements and, for communications companies, radio spectrum fees and auction proceeds.

These additional sources of government revenue are often substantial – sometimes exceeding the monies raised through taxation – and represent a critically important contribution to public finances. It is therefore essential to take these government revenue-raising mechanisms into account when assessing the extent to which a company is playing its part in funding wider civil society.

In 2018, Vodafone contributed €2.4 billion, in cash, to governments in non-taxation based payments. This was €1.3 billion lower than the figure for 2017 due to fewer spectrum licence auctions in the year.

5. Governments use tax incentives to stimulate employment and investment

The private sector is the source of a large majority of all employment worldwide and – in many countries – much of capital investment in infrastructure. Governments seeking to encourage job creation and attract capital investment often develop taxation strategies that are designed to stimulate investment by companies. Those strategies include tax allowances for capital expenditure, exemptions from certain taxes, and tax relief on the interest on debt raised to fund investment.

Many of these measures are approved by national parliaments as part of a government’s overall fiscal stimulus programme. These are policy choices and not accidental loopholes. While they have the effect of reducing the tax liabilities due from companies that utilise them, the companies involved are investing in areas that support a government’s policy objectives. The government intends these strategies to deliver an outcome with a net public benefit; the private sector provides investment where the state chooses not to and the government accepts lower tax receipts as a deliberate and understood offset.

We invested €9.2 billion 3 in the networks and services relied on by our customers in 2018. This investment is reflected in the levels of our tax liabilities in each country in which we operate. We set out more detail on our views on this topic in ‘multinationals, governments and tax’ overleaf.

This is an illustrative example of a company with an annual revenue of €1 million that has borrowed money to invest in new equipment or premises and has relatively high operating costs.

Use of government tax incentives

Many governments develop tax incentives to help stimulate investment to support the achievement of national policy objectives. Companies that utilise these incentives will often receive a reduction in their tax liabilities over the longer term as a result of their decision to invest in this way.

Learn more about our contribution to economics

Employment and skills development and are widely recognised as a positive force for good by governments and civil society alike.

Vodafone operates within a clearly defined governance framework on tax that is designed to provide certainty for all stakeholders.

Many governments choose to develop tax regimes that offer multinational companies some form of competitive advantage in order to attract inward investment.