Vodafone Foundation, Vodafone’s philanthropic arm, has announced the international expansion of Bright Sky, a free app which connects victims of domestic violence and abuse to advice and support services.

Bright Sky, created in partnership with the UK-based crisis support charity Hestia, enables users to locate their nearest support centre by searching their area, postcode or current location. A short questionnaire also helps users assess the safety of a relationship and provides information about different forms of abuse, the types of support available, steps to consider if leaving an abusive relationship, and how to help a friend affected by domestic abuse.

The app is also designed to log incidents of domestic abuse without any content being saved on the device itself. It enables users to record incidents in a secure digital journal, using a text, audio, video or photo function. Evidence collated through this function will enable police to intervene and can help secure prosecutions.

The first countries outside the UK to launch the app will be the Czech Republic, Ireland, Italy, Malta, Portugal, and Romania. Vodafone Foundation will work with local partners to adapt the content and technology and to integrate it with domestic violence and abuse support infrastructure. Bright Sky has been available in the UK since April 2018 where it has been downloaded more than 10,000 times.

The international roll-out of Bright Sky builds on more than a decade’s work by Vodafone Foundation to develop mobile services to support victims of domestic violence and abuse, including the TecSOS technology which has helped more 100,000 high risk victims of domestic violence in five countries, Easy Rescue which has supported over 300,000 women in Turkey, and gender based violence hotlines in South Africa and Kenya which have connected over 300,000 women to help during crisis.

Building on Vodafone Foundation’s work with the Employers’ Initiative on Domestic Abuse in the UK, the Foundation commissioned a study by Opinium, a market research consultancy, to assess the impact of domestic violence and abuse on people’s work-life and career. The study surveyed 4,715 working women and men across nine countries (UK, Germany, Ireland, Turkey, South Africa, Kenya, India, Italy and Spain). 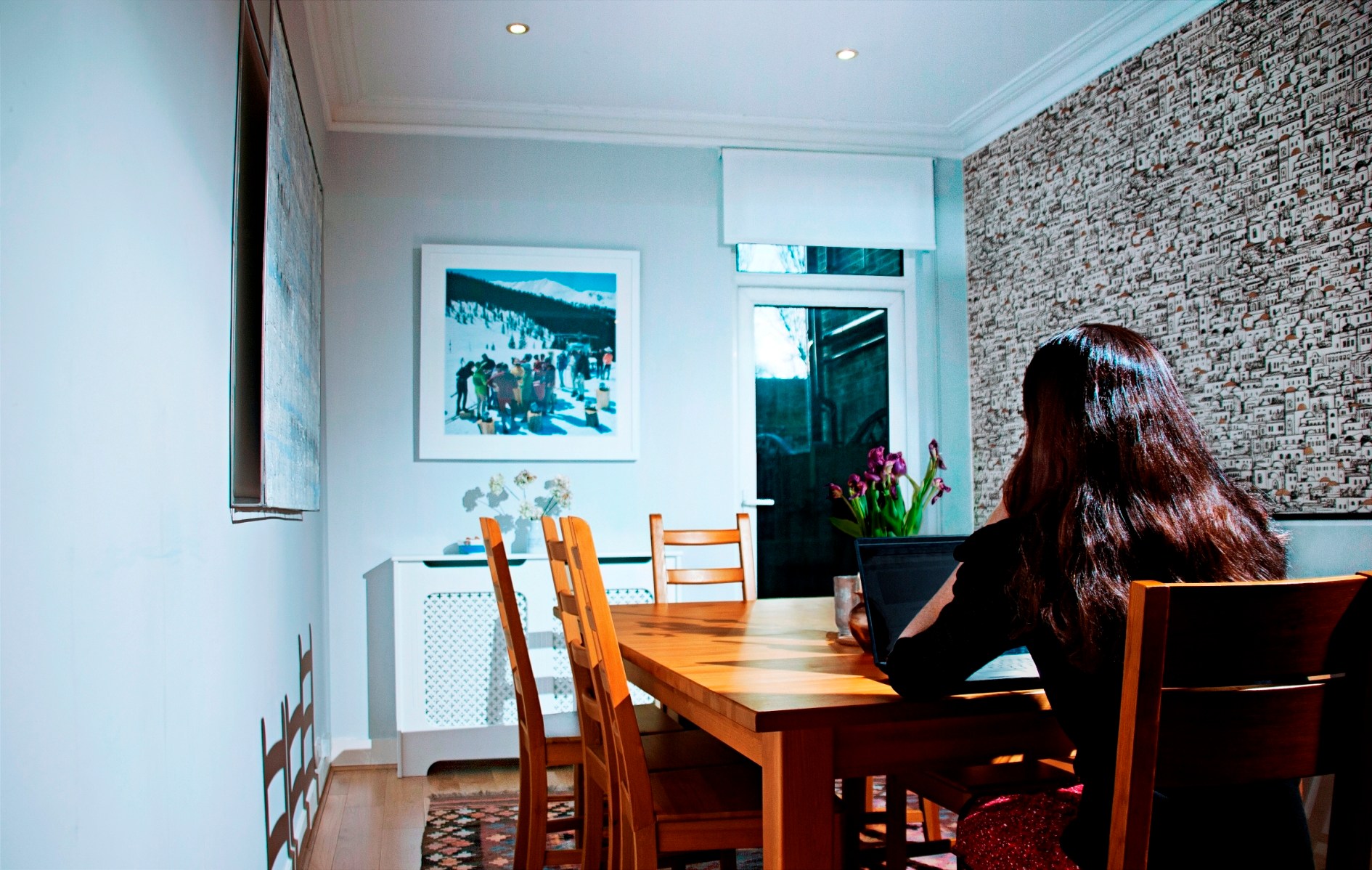 Inspired by the work of Vodafone Foundation, Vodafone Group is announcing today its intention to implement a new HR policy specifically for victims of domestic violence and abuse in all its markets. Employees globally will now have access to support and specialist counselling, as well as up to 10 days additional paid leave.

The extra ‘safe leave’ gives employees who have faced abuse time to manage their situation, such as seeking professional help and counselling, attending police or court appointments, making arrangements to move house, and supporting their children.

Specialist training will be provided for HR managers to help them support employees experiencing domestic violence or abuse, including how they can assist them to seek help.

Alongside the research, Vodafone Foundation has worked with domestic violence and abuse expert Dr Jane Pillinger to develop a toolkit for all employers. The toolkit can be downloaded here.

“The result of our research shows the significant impact of domestic violence and abuse on people at work, affecting confidence, self-esteem and career progression. It also reveals how employers can help.

With more than ten years’ working in this space, we know that connectivity saves lives. By developing apps like Bright Sky with our partners, across our footprint, we want to offer an easy and direct route to connect people affected by multiple forms of abuse to essential services and information that they need.”

“More and more companies today are taking the initiative to provide support and paid leave for employees affected by domestic violence and abuse – this helps victims to safely stay in their jobs and to progress in their careers. The work of the Vodafone Foundation in raising the profile of the issue and inspiring Vodafone’s commitment to recognise the impact domestic violence has at work, to respond with support and up to 10 days paid leave for affected employees, and to refer to specialist support, along with training for managers, is a major step forward and sends a strong signal to employees that the company takes the issue seriously.”

“The research commissioned by the Vodafone Foundation, which underlies this ground-breaking new policy for Vodafone’s employees, reinforces yet again that so much of the violence against women has been invisible, yet powerfully damaging with career-long effects. I commend Vodafone, a HeForShe Champion, on confronting this issue of our time, locating hidden barriers to reporting and creating innovative tools that answer women’s needs. When the workplace can become a safe and supportive environment for victims and survivors of domestic abuse, that is a major step forward. We hope to see other leaders adopt similar measures."

Bright Sky is a free app providing support and information for anyone who may be in an abusive relationship, or those who are concerned about someone they know. You can download Bright Sky for free on both iOS and Android devices on the App Store and Google Play Store.

In 2015 Hestia formed a partnership with Aspirant to explore digital solutions to support victims of domestic abuse. V.1 was released in 2016 with the aim of reducing the amount of time and the number of people a victim of abuse speaks to before they access the support that they need.

In 2017 Hestia partnered with TecSOS (supported by Thames Valley Partnership and Vodafone Foundation) to expand Bright Sky and improve on its design and usability with enhanced content on sexual violence, online abuse, stalking and harassment, three additional languages and an expanded directory of services. Additional funding was supplied by Comic Relief and the Home Office.

For more than six years, Vodafone Foundation has been investing funds through its TecSOS project to use connectivity to help support those affected by domestic abuse in the UK and across Europe. As part of a commitment to scale solutions for the benefit of more vulnerable people in the UK, Vodafone Foundation supported the expansion of the TecSOS portfolio of products, including the development of the Bright Sky app, in partnership with Hestia.


At Hestia, we support adults and children across London in times of crisis. Last year we worked with more than 9,000 people including women and children who have experienced domestic abuse, victims of modern slavery, young care leavers and older people. From giving someone a home to helping them to get the right mental health support, we support and enable people at the moment of crisis.

Hestia is also the home of UK SAYS NO MORE, a national campaign to raise awareness of domestic abuse and sexual violence across the UK. UK SAYS NO MORE Week takes place 21st – 27th May 2018.

About Vodafone Group and Gender Equality

The Vodafone ReConnect programme is designed to attract talented women across 26 countries who have left the workplace for several years (in most cases to raise a family) who would like to return to work but are struggling to make the professional connections needed or refresh the skills required.

The Global Maternity Policy, provides an inclusive working environment for women across the company's global footprint, offering women across 30 countries a minimum of 16 weeks fully paid maternity leave and a return to work policy for the first six months back after maternity leave, allowing them to work for four days a week and get paid for five.

Vodafone is committed to connecting 50 million more women across its emerging market footprint to narrow the gender connectivity gap. Products and services have been specifically designed for women through local market insights. These products and services help to enable financial inclusion, improve health and wellbeing, build skills and promote entrepreneurship.

Vodafone is a partner of UN Women’s HeForShe IMPACT 10x10x10 initiative. As a HeForShe Champion, one of our three IMPACT Commitments is to expand access to mobile as a tool for women’s empowerment.

Domestic violence and abuse (sometimes defined as intimate partner violence, family/carer violence or domestic violence) is an incident or pattern of physical, verbal, sexual, emotional or psychological abuse. It can involve financial/economic abuse and control, and/or stalking and harassment that is perpetrated by one intimate partner over another. Domestic violence and abuse frequently involves control, coercion, threatening behaviour and abuse. It frequently takes place over time, often starting with small acts of abuse.

Domestic violence and abuse occurs between opposite or same-sex intimate partners of any age, who may or may not be married or living together. It can also occur between family members, or between carers and those they live with or care for in the home.

Coercive control: a systematic pattern of behaviour with the purpose of undermining a victim and creating fear through threats, humiliation and intimidation and depriving an individual of support and independence. It is a psychological or emotional form of abuse that is used to control and limit the freedom of an intimate partner.

Financial/economic abuse: control of finances, often used to prevent a victim from having the money to pay for transport to get to work, or to buy suitable clothing for work. Without financial independence it can be very difficult to leave a violent or abusive relationship.

Emotional/psychological control and threats: can affect confidence and self-esteem and may also include control over social interactions and autonomy.

Stalking: workplace stalking often results in the perpetrator following a victim to and from their place of work, or hanging around the workplace entrance.

Cyber harassment: many of the forms of control, threats and stalking are carried out virtually through email, text messages, telephone messages etc.