Flour Power: How IoT is connecting mills and saving lives

Two billion people around the world suffer from micronutrient malnutrition. As well as causing birth defects, child development issues and blindness, it takes the lives of three million children every year.

Salawi, a single mother and maize farmer in Tanzania is one of millions of African parents worrying that poor nutrition was making her child unwell.

With a staple diet of ugali – a porridge made with white maize –  the micronutrients her daughter Zawadi needs weren’t present in her diet. With Zawadi starting school next year, her mother wanted to make sure she was strong and healthy, and turned to a local miller called Mama Tunu for help.

Mama Tunu’s mill is one of 350 in Tanzania transforming maize into fortified flour and fighting malnutrition, with the help of Vodafone’s internet of things (IoT) network and not-for-profit social enterprise Sanku.

The programme, called simply Project Healthy Children, is equipping small flour mills across Africa with IoT services, to precisely measure and mechanise the process of adding iron, folic acid, B12 and zinc to cereal grains as they are milled.

The result is nutritious flour and ugali for millions of people in danger of malnourishment. 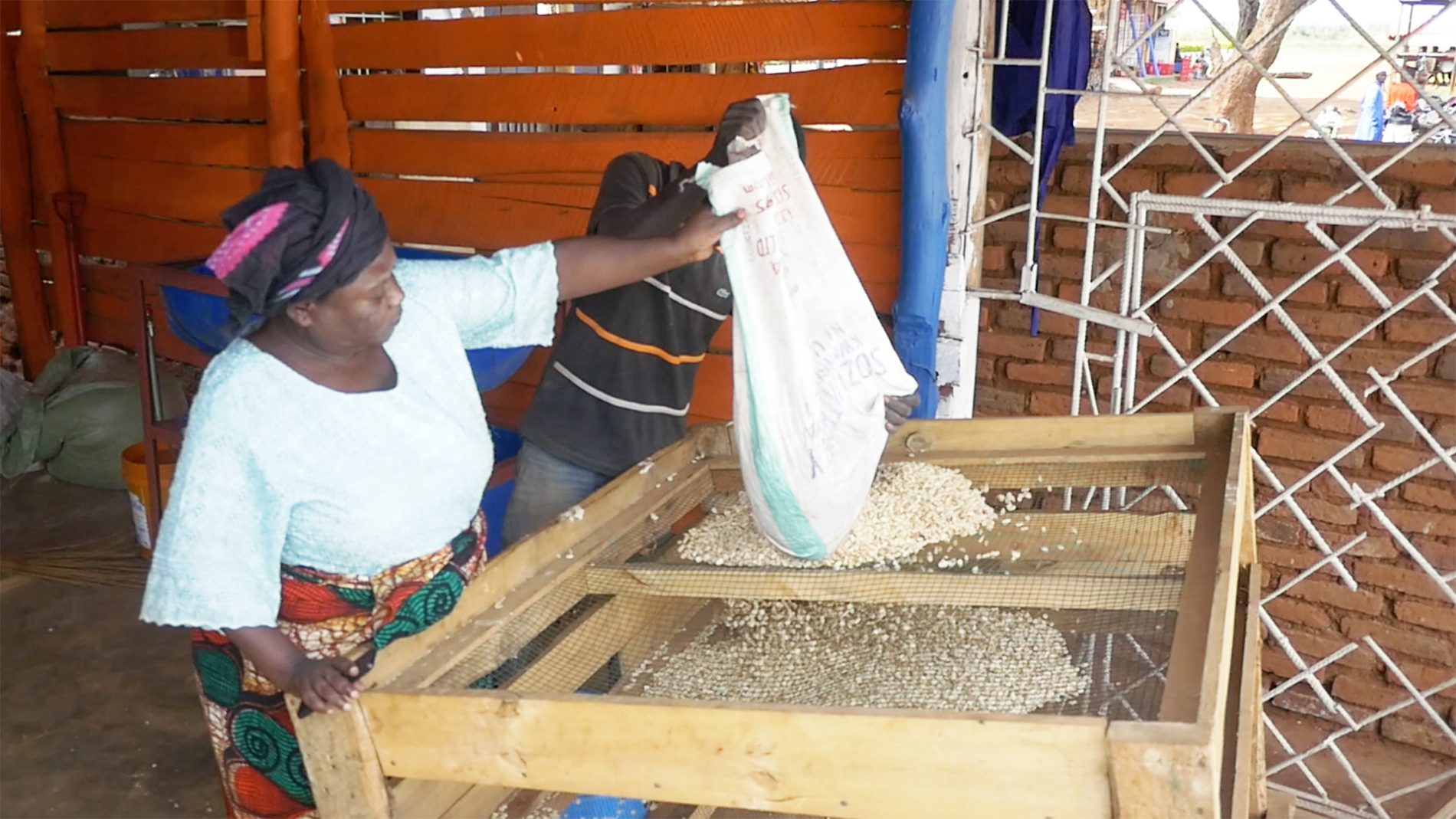 Mama Tunu's mill is connected to Vodafone's Internet of Things network, which helps NGO Sanku to add life-saving nutrients to its flour

The network’s in-country roaming reaches the most remote areas – and with it up-to-the-minute information on maintenance, power supply and machine tracking via GPS.

Sanku can accurately monitor fortification levels to make sure communities are getting the benefits of fortified flour.

This is done using a machine developed by the NGO called a ‘dosifier’, that adds key nutrients during the milling process, in a way that is sustainable and cost-effective. 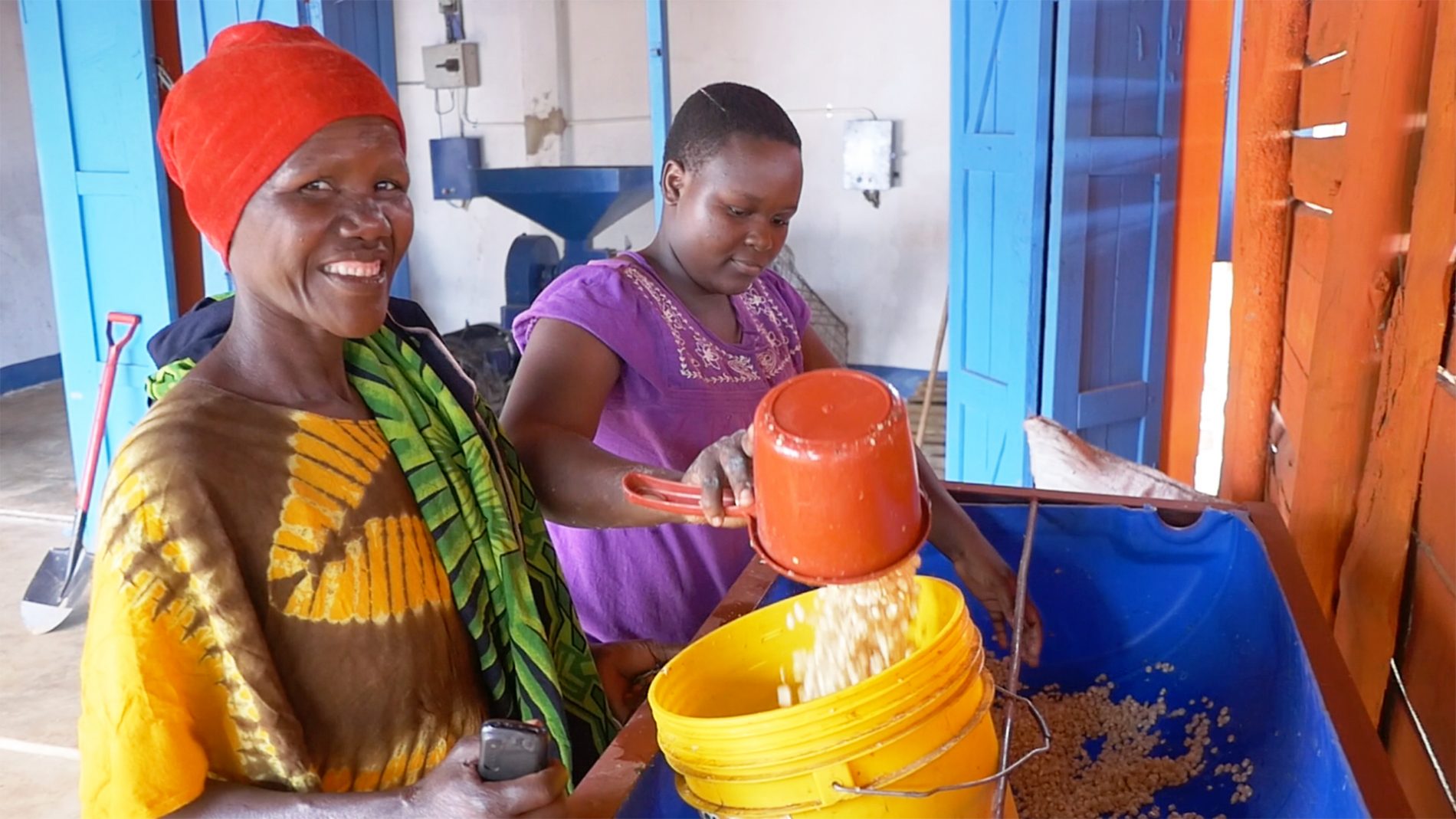 In the past, one Sanku worker could only monitor 25 mills, which would fortify flour to feed 125,000 people.

The IoT sim connects the same worker to 100 mills, able to produce flour for 500,000 people. When the mills run out of fortified flour or require maintenance, the worker gets an alert as soon as it happens.

Which in turn means around two million people in sub-Saharan Africa are getting life-saving nutrition added to their daily diet.

“Our dosifier has been incredibly successful to date, bringing fortified flour to communities in need across the developing world,” says Felix Brooks-church, CEO and co-founder of Sanku.

“Vodafone’s IoT technology gives us the ability to significantly optimise and scale operations.”

Salawi, a farmer in Tanzania, says that since her maize was milled with fortified flour her daughter has been healthier. Picture credit: Vodafone credi

The technology is being rolled out to local flour mills in Tanzania, Rwanda, and across eastern and southern Africa.

By bringing her maize to Mama Tunu’s mill, Salawi’s porridge is now full of essential nutrients for her family.

“Before, I got my flour from other mills and [Zawadi] would get sick,” says  Salawi.

“Now I always take my maize to Mama Tunu’s mill.”

Since then, Salawi says her daughter has suffered from nothing more serious than a cold.

By 2025, it’s hoped 100 million people like Salawi and her daughter will be able to eat flour fortified with life-saving nutrients across the continent, through this pioneering food fortification process up-scaled through IoT.

Or in other words – IoT enabled food for thought.