Digitising Europe: Business and government must work together

If you search online for the Italian government’s contact details, a fax number comes up before an e-mail address, says Valeria Orezzi, a digital consultant in London originally from Italy.

“So it is not surprising that we do not think our governments have skills or capacity to promote digitalisation,” she says.

This is a shockingly common view across Europe.

Only 34% of Europeans think their governments have adequate skills and capacity to promote digitalisation, in a survey of 9,000 people across nine countries by Ipsos and the Vodafone Institute.

A government website in the UK, www.greatbusiness.gov.uk, has “a lot of advice and information for new digital businesses,” says Jibunnessa Abdullah, a digital mentor based in Glasgow.

“But when you click on some of the links, they either take you to a link that no longer exists, or to one that then takes you to yet another and another,” she says.

Meanwhile half of Europeans lack basic digital skills, and the continent faces a half-million shortage of technology workers by 2020, says the European Commission.

In a study, 85% of people said they needed digital skills in their job – only 29% said their skills are sufficient. Video credit: Vodafone

“Computer science, coding, and IT should no longer be a niche for scientifically-minded youngsters,” says Paula Zamorano-Osorio, from London-based digital communications firm Threepipe.

“It should become a basic standard, as important as traditional literacy and numeracy,” she says.

The EU faces European Parliament elections in May, then formation of a new European Commission soon after.

Against this backdrop, Angela Merkel, Vodafone chief executive Nick Read, Airbus chief executive Tom Enders and other political and corporate leaders gathered in Berlin on 19 February, for a summit on the future of digital policy in Europe. 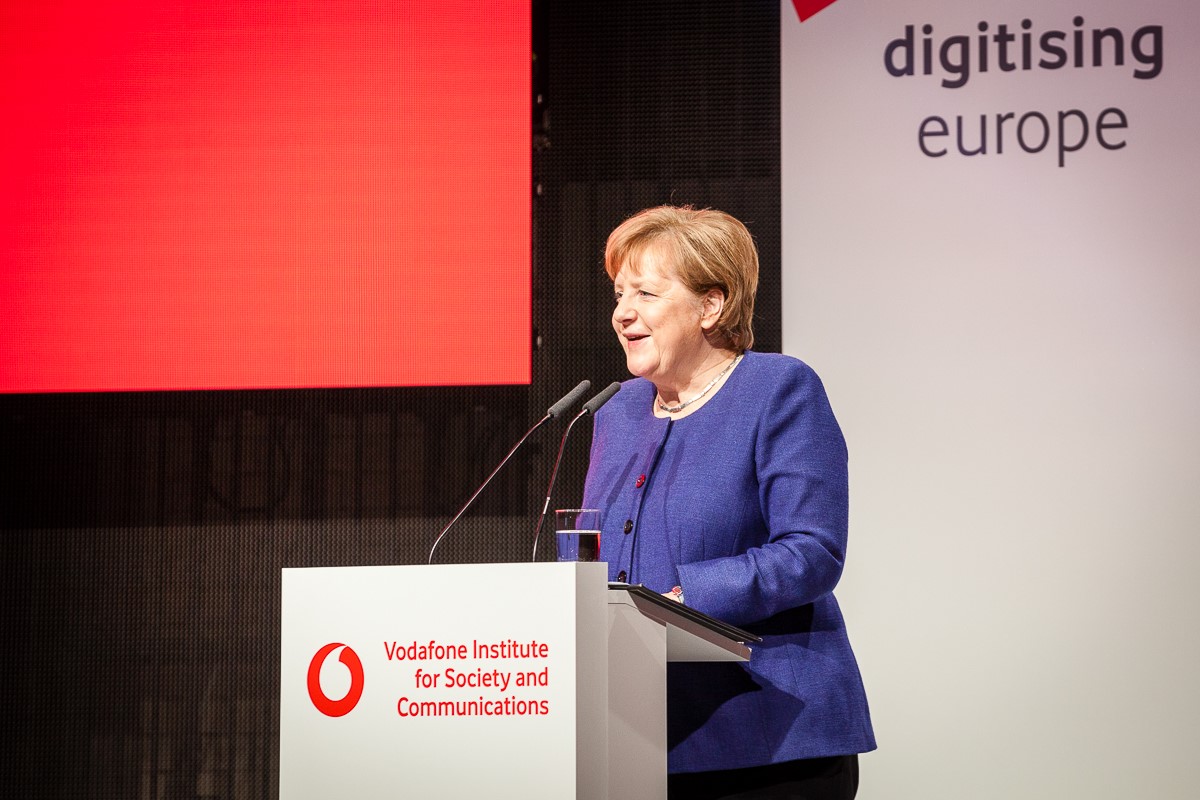 And better digital policy from their governments, he says.

A digital single market, suggests Mr Read, with a common regulatory framework across Europe in areas like the internet of things (IoT), might help companies invest at a European level.

So how do tech firms in different places see where their countries are, in digitisation?

And how do they say government policy has helped them, or hurt them?

This has meant digitising quickly.

A 2018 study by the European Commission found the Scandinavian countries and the Netherlands had the most developed digital economies.

On the other end were Romania, Greece, and Italy.

And 80% of Swedes see their country as digitally advanced, much higher than elsewhere in Europe, says the Vodafone Institute/Ipsos survey. (Italy is 24%.)

A long history of policy – both over a very long term, and at deep levels – lies behind Sweden’s digital fortunes, says Mr Hedberg.

Sweden subsidised personal computers beginning in 1998, and fast broadband a decade later, he says.  Sweden has (after Singapore) the fastest broadband internet in the world.

This patient investment in infrastructure apparently paid off.

Now Stockholm has more companies worth more than $1 billion — “unicorns” — per person than any city in the world.

And though Norway has an oil economy, Sweden and Finland, because of their small size, have especially had to seek international markets for their companies, says Mr Hedberg.

But Sweden also provides an example of the worries and dangers that accompany digitisation. 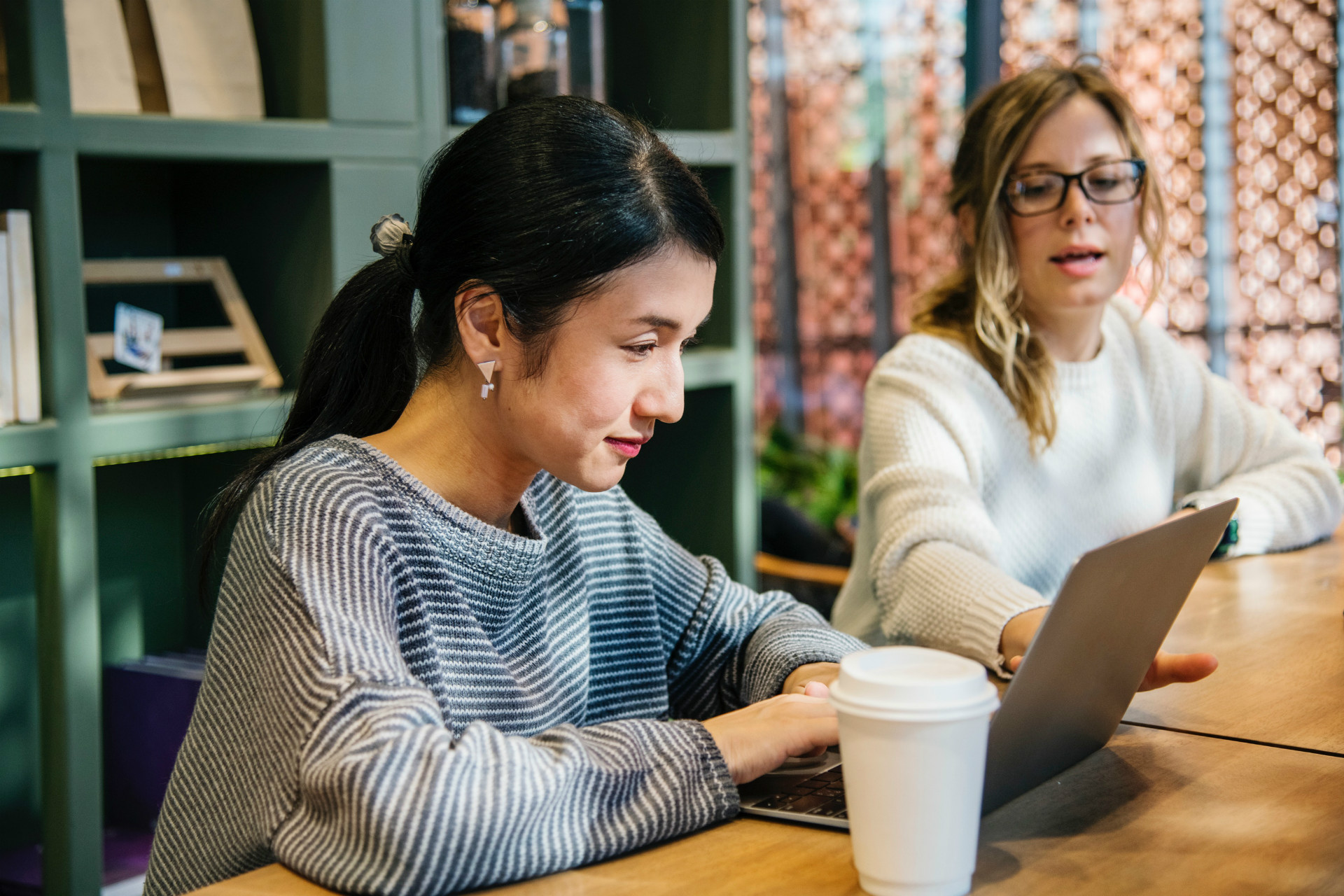 An IT outsourcing process in 2015 accidentally disclosed vast amounts of citizen’s personal information to contractors in Eastern Europe.

Rick Falkvinge, a Swedish IT entrepreneur and political activist, said in a blog post at the time that “if a common mortal had leaked this data through this kind of negligence, the penalty would be life in prison.”

Swedes and Brits, more than residents of any other country, worry about digitisation making them vulnerable to cyberattacks, says the Vodafone Institute/Ipsos study.

And countries which have seen large recent data breaches have less enthusiasm for digitisation, says the study.

Only 55% of Swedes and Americans, 48% of Germans, and 47% of Brits have positive views of digitisation.

A data breach in Germany at the beginning of 2019 revealed personal details of nearly 1,000 politicians, as well as celebrities and journalists.  UK leaks included the details of Equifax and British Airways customers, both in 2018.

The US meanwhile has had more large data breaches than elsewhere, with victims including Target customers in 2013 and Yahoo users (revealed in 2016 and 2017).

Countries which haven’t been as badly affected have much cheerier views about digitisation  — like Spain (70%), Italy (63%), and Bulgaria (74%)

Forbes’s 2018 list of the world’s ten largest tech companies is composed entirely of US and Asian operations. Germany’s SAP, in twelfth place, is Europe’s only member of the top 15.

While Europe’s digital transformation is exciting and inevitable, success is not, says Mr Read.

“We need a European way, built on our strengths and values.”

And, says Ms Orezzi, government should try to behave not like digitally uncomprehending older generations, but actively to learn from digitally savvy younger generations.

“Opportunities to streamline bureaucracy for citizens through digitalisation are enormous, but countries (including mine) have barely scraped the surface,” she says.

You can read the results of the Vodafone Institute/Ipsos research in full here: The tech divide.Watch Digitising Europe live from Berlin.