Tackling e-waste and enabling a circular economy for electronic products

Although digital technologies play a crucial role in reducing carbon emissions, the world’s growing demand for electronic devices is also creating another environment challenge in the form of resource extraction and ‘e-waste’ generation – discarded electronic products with a battery or plug.

According to a recent UN report, a record 53.6 million metric tonnes of e-waste was generated worldwide in 2019, up 21% in just five years.  The UN predicts that this will reach 74 million tonnes by 2030, almost a doubling in five years.

Only 17.4% of all e-waste generated is currently collected and recycled.  Recoverable materials including gold, silver, copper and platinum valued conservatively at US $57 billion are mostly dumped or burned – the equivalent of throwing away the annual GDP of Croatia or Costa Rica.

At the heart of the issue is a lack of public awareness, preventing countries from developing circular economies for electronic equipment – a model where resources are reused and recovered rather than disposed of at end of life.  It is critical that not only manufacturers, but also retailers, suppliers and individual consumers play their part in improving the prospects for circular economies.

Today, 14 October, marks International E-Waste Day, an annual milestone developed by the WEEE Forum, a global organisation founded in 2002 whose members represent the whole spectrum of manufacturing industry.  The day is used to raise the public profile of e-waste recycling and encourage consumers to recycle their e-waste.

Despite 71% of the world’s population being covered by e-waste legislation, enormous quantities of e-waste are illegally traded or treated in a sub-standard way, causing serious health, environmental and societal issues through illegal shipments of e-waste to developing countries.  Europe leads the world in e-waste recycling, but WEEE Forum figures suggest that only 42.5% of European e-waste is officially reported as collected and recycled.

Vodafone commissions fixed equipment and consumer Internet of Things devices to be manufactured on our behalf, but we buy the majority of the equipment used in our networks, offices and stores from third-party suppliers.  Each year, we sell millions of devices to consumers, including phone handsets, routers and accessories.

That’s why we are committed to playing an active part in building a more efficient, circular economy by helping to reduce and ultimately eliminate waste.  To help achieve this, we have committed to an ambitious goal – to reuse, sell or recycle 100% of our network waste by 2025.

We take waste management seriously – making sure we reuse or recycle unwanted equipment, safely and responsibly.  We endeavour to keep equipment in use for as long as possible to extract the maximum value from the embedded materials and energy, then recovering and reusing materials, before recycling responsibly. 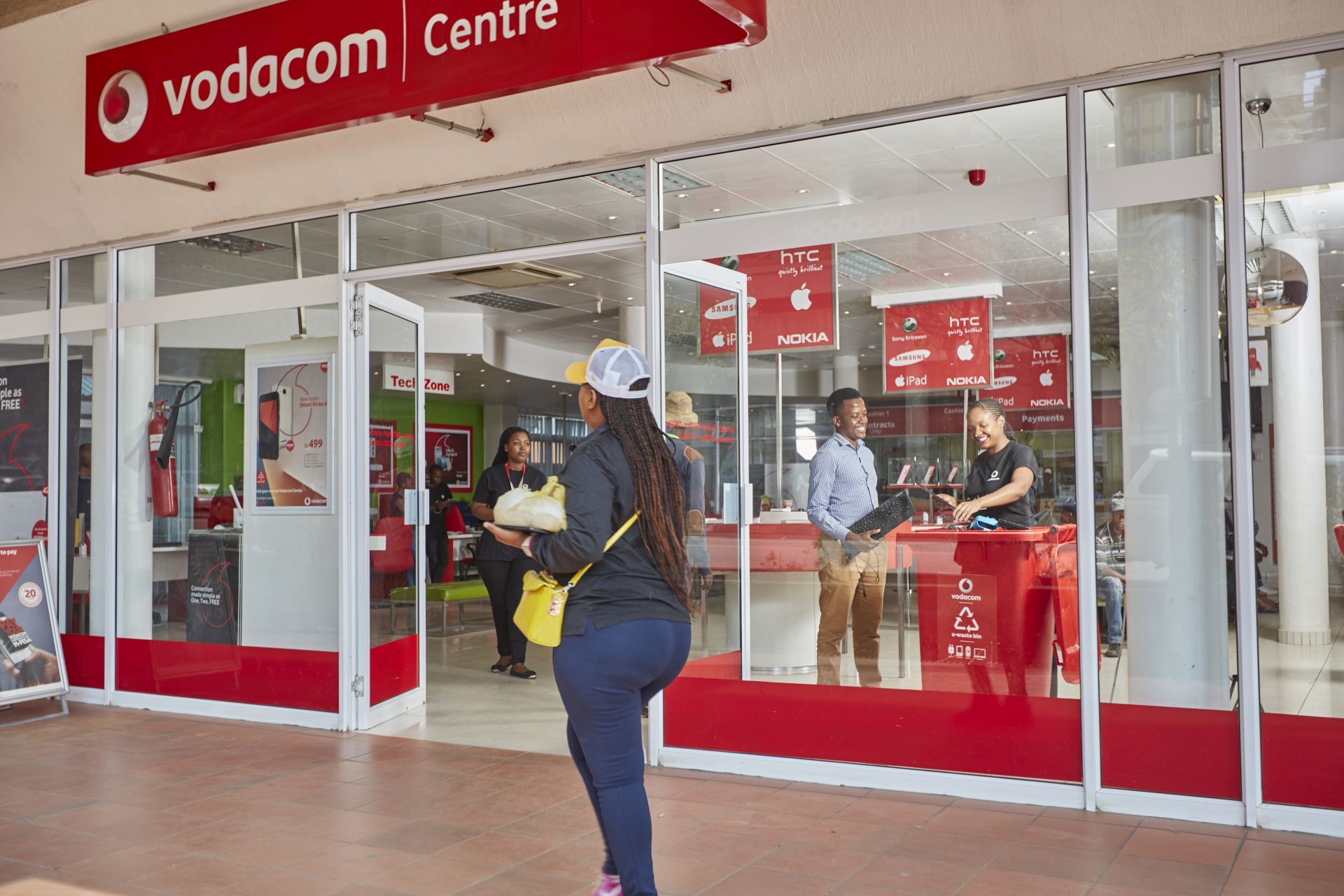 In FY20, Vodafone generated an estimated 9,500 tonnes of all waste and recovered and recycled 84.9% of it.  Across our entire operations, 99.9% of our network waste was reused, resold or recycled.

In January 2020, we launched an internal asset marketplace across our 22 markets, enabling us to repurpose excess stock and decommissioned equipment between markets through a centrally managed process mapping supply against demand.

Not only does this save Vodafone money, but to date we have reused more than 26,000 individual items – some 123.5 tonnes – of network equipment, repurposing it within our own organisation rather than disposing of it locally.  In the process, we have saved the equivalent of 1,100 tonnes of CO2 that would otherwise have been created if new equipment had to be manufactured.

In Africa, Vodacom has made great strides in reducing e-waste by extending the useful life of network equipment and mobile devices that are returned from its operations and customers. By testing redundant equipment, the company was able to re-introduce more than 308 tons of equipment into regions where it was needed. More than 367 tons of batteries were rejuvenated and re-introduced into the network.

In addition, Vodacom operates its own Advanced Repair Centre (ARC), with an extensive network of 37 repair centres across all regions within South Africa, equipped to repair, refurbish, resell or send on to approved recycling agencies. In FY20 more than 316,000 devices were repaired at the ARC and its supportive repair network. Another 11,000 phones were identified for recycling, further strengthening the company’s efforts to operate responsibly and sustain jobs in the recycling economy.

Vodafone is also working on ways to improve the reuse and repair of the devices that our customers buy from us.  All our markets operate some form of collection, trade-in and device buyback schemes, such as drop-off boxes in retail stores, freepost return envelopes and repair services to encourage customers to repair or return their old devices and routers. We also collect, repair and refurbish fixed-line routers, extending their useful life multiple times over.

Several Vodafone markets are trialling different ways to encourage consumers to return unwanted devices.  An example is Vodafone UKs ‘Great British Tech Appeal’, launched in May in partnership with charities Barnardo’s, British Red Cross and SafeLives.  The Appeal encouraged people to donate unused phones and tablets to help disadvantaged children, families and charity workers get connected.  The Appeal received more than 1,000 handsets and has seen 3,000-plus donation kits ordered by the British public.

Last year we partnered with Fairphone to bring the sustainable Fairphone 3 to our customers in the UK, Germany, Italy, Spain and Ireland.  Fairphone actively encourages the re-use and repairs of its handsets, offering recycling options at end-of-life.  The company also invests in recycling programmes to buy back e-waste from landfills in Africa for safe recycling in Europe.

We believe that there is more we can do as a company and as an industry to reduce e-waste from mobile technology – through repair, reuse and recycling.  Over the coming months, we hope to announce more initiatives that will help us achieve our purpose of halving our overall environmental impact by 2025.