It was 2017 and Professor Derek O’Keeffe, a Consultant Endocrinologist at University Hospital Galway, was growing increasingly worried about some of the diabetes patients he looked after who lived away from the mainland.

Hurricane Ophelia, the worst storm ever to hit Ireland, had buffeted the country with winds up to 120 kilometres (km) per hour and some of his diabetes patients from the Aran Islands were unable to make it into clinic due to flooding. 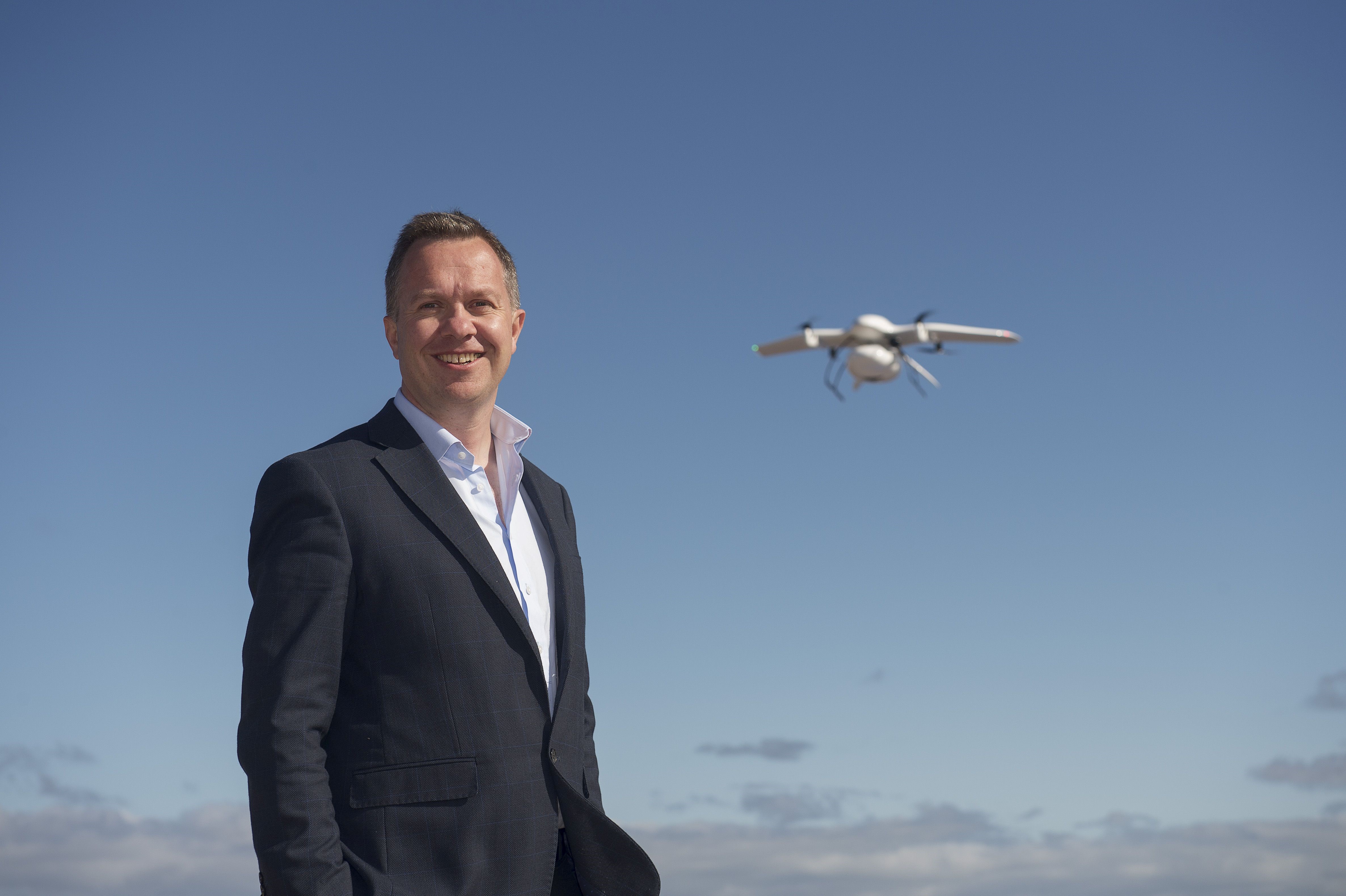 The Aran Islands sit in the Galway Bay. Popular with tourists, they are also home to 1,200 people and the doctor knew that one day he would be unable to get medicines to residents with chronic conditions like diabetes across stormy seas.

Later that winter the same problem occurred when Storm Emma brought with it heavy snowfall of 57centimetres.

“Climate change means that these types of severe weather events are becoming more prevalent,” Professor O’Keefe said. “Individuals and communities in rural locations can become isolated for days and an emergency may arise where patients can run out of their medicine. Therefore, it is incumbent on us to develop a solution for these emergencies, which addresses the clinical, technical and regulatory issues before a sentinel event occurs.”

As Professor of Medical Device Technology at the National University of Ireland Galway (NUI) he already had a remit to create clinical innovations for patients with diabetes and decided to trial delivery to the islands using autonomous drones.

Pauline Forde, a pharmacist in Galway who the Professor works with said: “It is extremely important that we have a way to deliver fridge medications such as insulin to patients in emergency situations which this drone delivery system allows us to do.”

Marion Hernon, a patient with diabetes on the Aran Islands, agrees: “Insulin is essential for my survival and having a diabetes drone service in an emergency situation would ensure this survival while living on an offshore island.”

Through the NUI Professor O’Keefe created the #DiabetesDrone project to trial the world’s first ‘beyond visual line of sight’ (BVLOS) delivery of two diabetic drugs, insulin and glucagon to Inis Mór, the largest of the islands.

A big challenge came in the regulation. BVLOS drone flights are not yet legal in most countries because of the potential impact on aircraft.

Vodafone Ireland stepped in to ensure that autonomous drone would be tracked throughout the flight using its dedicated Internet of Things (IoT) mobile network and for additional safety would be able to stream a constant live first-person view camera feed from the aircraft.

Steve Flynn, the Founder and CEO of Skytango the drone operations management company hired for the project, explained: “It is imperative that we win the hearts and minds of the communities we fly over when it comes to drone operations and connecting stakeholders and tracking compliance is a step toward that.”

The Irish Aviation Authority was convinced of the value of the project and gave a special dispensation to allow this flight to take place in a Temporary Restricted Area for research purposes, meaning that the drone would operate between commercial flights and was in contact with air space regulators at all times. There was also a team of pilots from Survey Drones Ireland present to take control any stage of the flight, if needed.

The autonomous drone launched from Connemara Airport on 13 September 2019 on a pre-planned flight path using Q Ground Control software. This software allowed the connection of the primary cellular communications and backup satellite communications to be displayed, allowing the pilots on both sites to track the progress of the aircraft.

“To date medical drones have recently demonstrated success for blood, defibrillator and organ delivery. This #DiabetesDrone project represents another milestone in the use of drones to improve patient care,” Professor O’Keefe said.

A Wingcopter 178 Heavy Lift was used to make the successful flight; much smaller than the sea plane it resembles, yet it is nonetheless much larger than a model aircraft with a 178cm wingspan equivalent to the length of an eight person dining table.

The Wingcopter is designed to carry heavy loads and was fitted with an insulated parcel delivery box to carry glucagon and insulin on the way out (donated by Novo Nordisk, the world’s largest insulin manufacturer) and then blood samples on the return from the island to the mainland.

The total flight distance covered on the first leg was 21.7 km, which included entering the correct air traffic sequence at both airports during take-off and landing. The return leg was slightly shorter, covering a total distance of 21.6 km. Both flights were completed on a single set of batteries and totalled just 32 minutes of flight time.

“The successful IoT connectivity allowed the flight to adhere to aviation regulatory standards and provides good evidence for further investigation into drone delivery corridor planning, as long range flights, like this one, can be mapped with our radio frequency network input.”

Professor O’Keefe will use the flight as part of an academic paper into using drone technology to deliver insulin to a variety of remote geographic locations in the West of Ireland. This flight will also form part of wider research into drone corridor planning via radio frequency network mapping.