They say it’s not what you know it’s who you know. While the first part might not be entirely true, the second definitely helps.

Which is why startups and some of the big names in the tech industry gathered in Luxembourg at the Arch Summit.

The event is a joint venture between the Tomorrow Street Innovation Centre, Vodafone and Technoport, the business accelerator backed by the government of Luxembourg.

The event takes place each year at LuxExpo in the Grand Duchy of Luxembourg. Picture credit: Fiona Graham / Vodafone

As well as a packed conference schedule with keynotes from some of the big thinkers in technology, there are two halls filled with both startups and tech companies demoing their products.

A key part of the event happens on two pitching stages – one focusing on social impact and the other future tech. A stream of innovative companies have pitched for the chance to win one of two €100,000 prizes.

The finals were judged by 2011 Nobel Peace Prize recipient Leymah Gbowee of Liberia for the social impact competition, and a panel that included some of the international stars of Dragon’s Den.

Flanked by France, Germany and Belgium, Luxembourg is working hard to build a name for itself in innovation circles.

The government has created multiple equity-free funding programs, coaching and funding opportunities. It’s no surprise then that 9.3% of the population of Luxembourg lists themselves as entrepreneurs compared to the EU average of 8.3%. 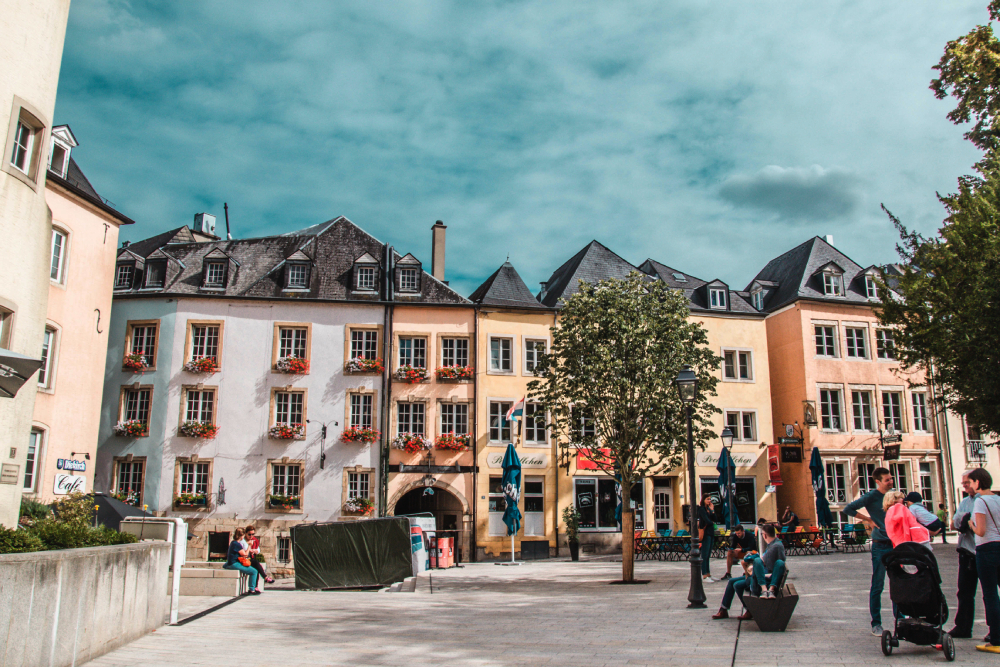 Small and bijoux: Despite having a population of just under 600,000 Luxembourg is working to be an innovation hub. Picture credit: Polina Sushko on Unsplash

As a founding member of the EU it’s also home to various EU institutions, within easy reach of the rest of the bloc, giving access to important European decision-makers.

Each year, Arch Summit is an opportunity for Vodafone executives, partners, and investors to connect with the latest innovators. Working with the startup community is an important focus for the company.

“It’s been really interesting here today – I’ve been making several notes on things I need to act upon when I get back to the office,” said Vodafone Group chief technology officer (CTO) Johan Wibergh.

“Some really good ideas and it triggers me in the way we work with start-ups and some of the innovative companies that we can change a little bit in the way we are working to become more effective.”

This year, a main focus of Arch Summit is social good – giving startups with life-changing platforms a way to reach key decision makers.

As part of this, 2011 Nobel Peace Prize Winner, Leymah Gbowee, a Liberian peace activist, social worker, and women’s rights advocate joined the summit as a keynote speaker and judge for the social impact stage. 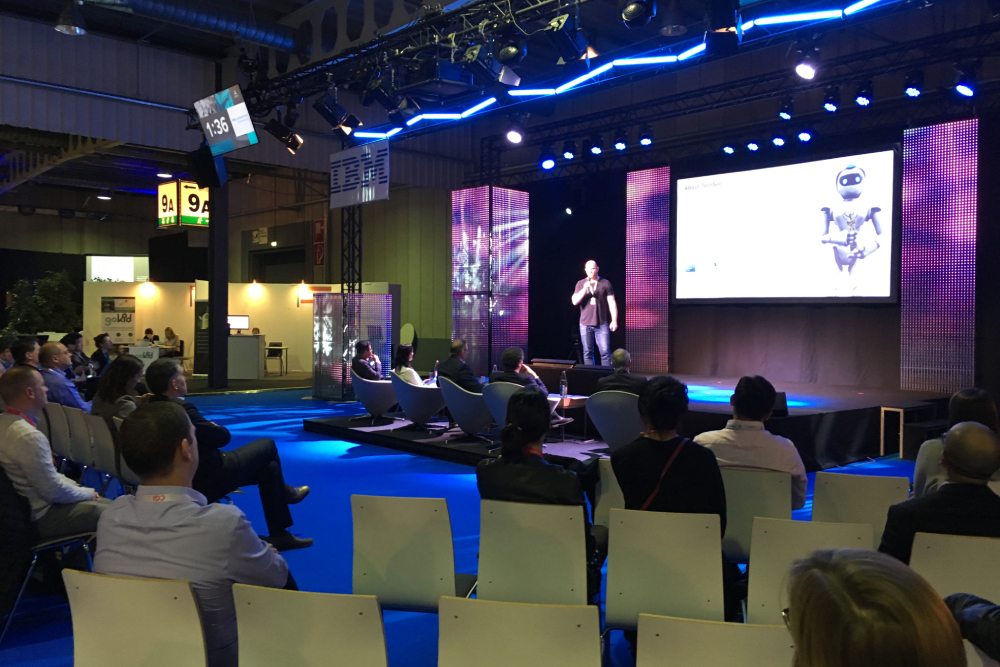 Vodafone has a long history of connecting for good through the Vodafone Foundation, its charitable arm. Andrew Dunnett is the foundation’s director, and one of the highlights of the event for him was meeting Leymah.

“We were talking about the importance of technology in the empowerment of women,” he said. “And of course Vodafone has set its stall out to be the best employer for women by 2025.”

“Just talking to her about the impact of educating girls, the impact of bringing more women into mobile ownership – it was really inspiring, and we shared with her a common vision of how technology and connectivity can be used,” he added.

“As our phrase says, Connected She Can, and I think the conversation with her was just a living embodiment of that aspiration.”

Leymah Gbowee is founder and president of the Gbowee Peace Foundation Africa, based in Monrovia.

She’s best known for leading a nonviolent movement that brought together Christian and Muslim women to play a pivotal role in ending Liberia’s devastating, fourteen-year civil war in 2003.

As well as delivering a moving keynote speech about her journey entitled “Girls Education, Peacebuilding and Courage”, she judged the social impact startup competition and presented the prize.

“Even though I’m technologically illiterate, I think I understand when a social impact project is going to make impact on the lives of people,” she said.

“My talk was about bridging our lives, that … people doing tech work, and people like myself in peace work, need to come together to make the world a brighter place, a better place and to give hope in humanity that good can overcome evil.”

Show me the money

The summit drew to a close with the competition winners. After all – meeting influential people from companies like Nokia, Google, IBM, and others is useful. But so is extra seed capital when you’re starting out.

The social impact award went to Luxembourg based startup F4A (Food4All). The business is working to minimise food waste by making goods nearing their use by date available in dedicated spaces, with discounts of up to 50%. 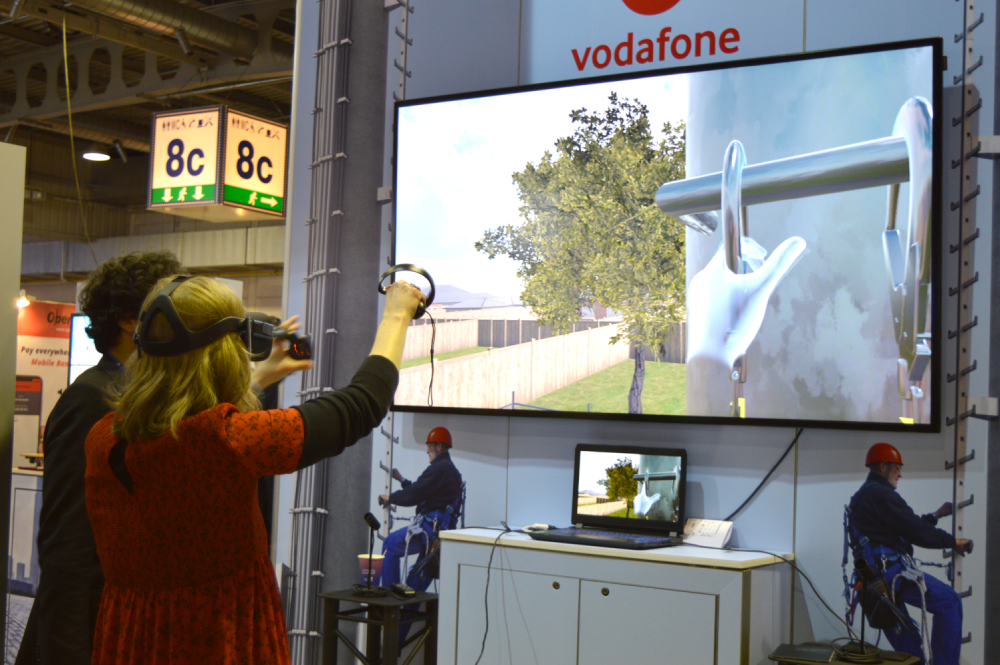 Head for heights: Vodafone show’s off their virtual reality (VR) app – giving would be engineers a taste of working at height. Picture credit: Fiona Graham / Vodafone

Check back for more from the summit and Tomorrow Street over the coming weeks, including advice for would-be entrepreneurs from Dragon’s Jenny Campell and Bart Deconinack among others. We’ll also find out how the winners spent their prizes.