Education for all – is EdTech the answer?

In the Democratic Republic of the Congo, ensuring girls get an education is a monumental challenge.

3.8 million girls between the age of 5 and 17 are currently denied access to schooling*, thwarted by fears around their safety, rural schools that lack basic sanitation or shelter and extremely limited familial finances that, if available at all, usually end up funneled towards their brothers’ educations instead.

Only 4% of girls in the country make it to university – which is why Andrew Dunnett, Director of the Vodafone Foundation, was so thrilled when he learned of a group of Congolese girls who started university this year.

“It’s a huge achievement, and it’s exciting to think that our programme has played a part in helping them achieve their dream,” he said. 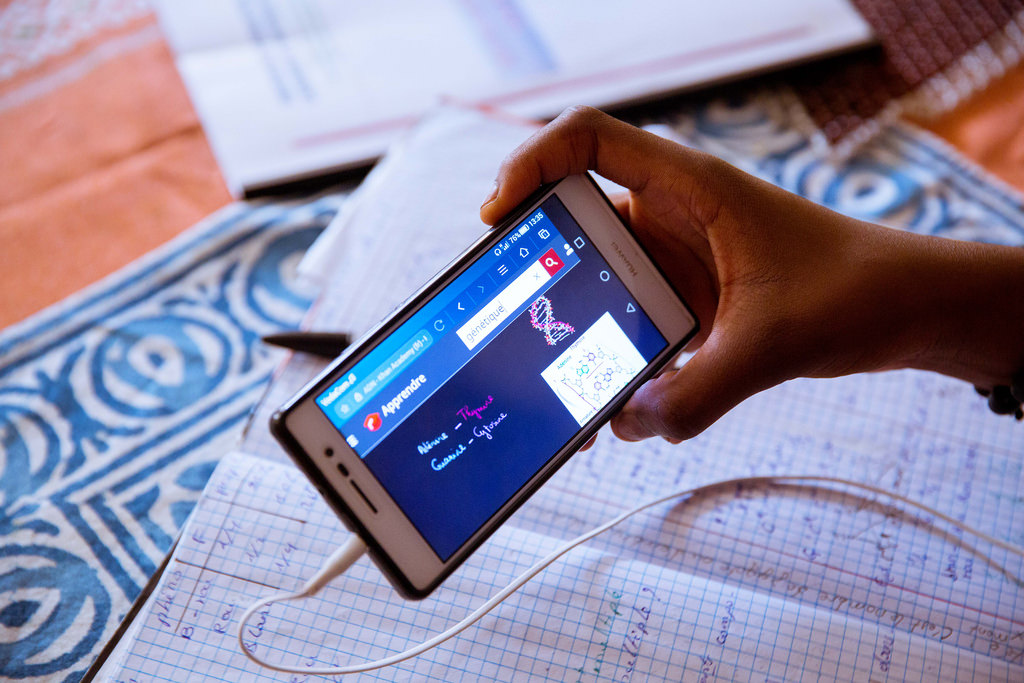 Instant Schools resources being used by a student in the Democratic Republic of the Congo. Photo credit: Sala Lewis

Education technology – or EdTech, as it’s becoming known as – is rapidly transforming the way that education is approached.

The burgeoning industry has attracted hefty financial investment, much of that channeled towards products geared at the more lucrative markets of corporations and consumers rather than schools.

But this surge of interest in EdTech has also led innovators to experiment with technology designed to tackle inequality around the globe.

Based upon this insight, Instant Schools hosts quality educational content in local languages, including Khan Academy, African Storybooks, and Tessa materials for teachers.

That allows students to supplement classroom learning – which can be interrupted by political instability, gang violence or personal circumstances – with lessons on their smartphone.

By 2025, the Vodafone Foundation aims to provide a free digital education to 5 million school-aged children in Sub-Saharan Africa; yet more than 260 million children are out of school worldwide, with 78% of this population concentrated across 89 countries. Despite ambitious targets set by UNESCO to provide education for all by 2030, this staggering number of vulnerable children are still being excluded from learning.

Chaida, a 17-year-old in the Democratic Republic of the Congo who was struggling to learn in a class of 57 pupils, is an example of EdTech’s potential to democratise education for disadvantaged students.

After her schooling was further derailed when she was hospitalised with malaria, she relied upon Instant Schools videos to study for her university exams.

She was able to watch content from the quiet of her home, delve deeper into subjects that interested her, and take a proactive approach to learning.

“When we took the exam, I got a better grade than those who studied with their books,” Chaida said proudly.

This year, she started studying medicine at the University of Kinshasa.

Breaking the cycle of poverty

According to the World Bank, just one year of secondary school education for a girl can result in wages that are 15-25% higher later in life, thereby breaking the cycle of poverty for an entire family.**

“Mobile phone technology is incredibly powerful because it is giving millions more people from developing countries the opportunity to learn even if they struggle to gain access to traditional education,” Andrew said.

While Andrew Dunnett warns that technology alone is “not a magic bullet” to education, it can offer creative solutions to issues that predominantly impact marginalised communities. 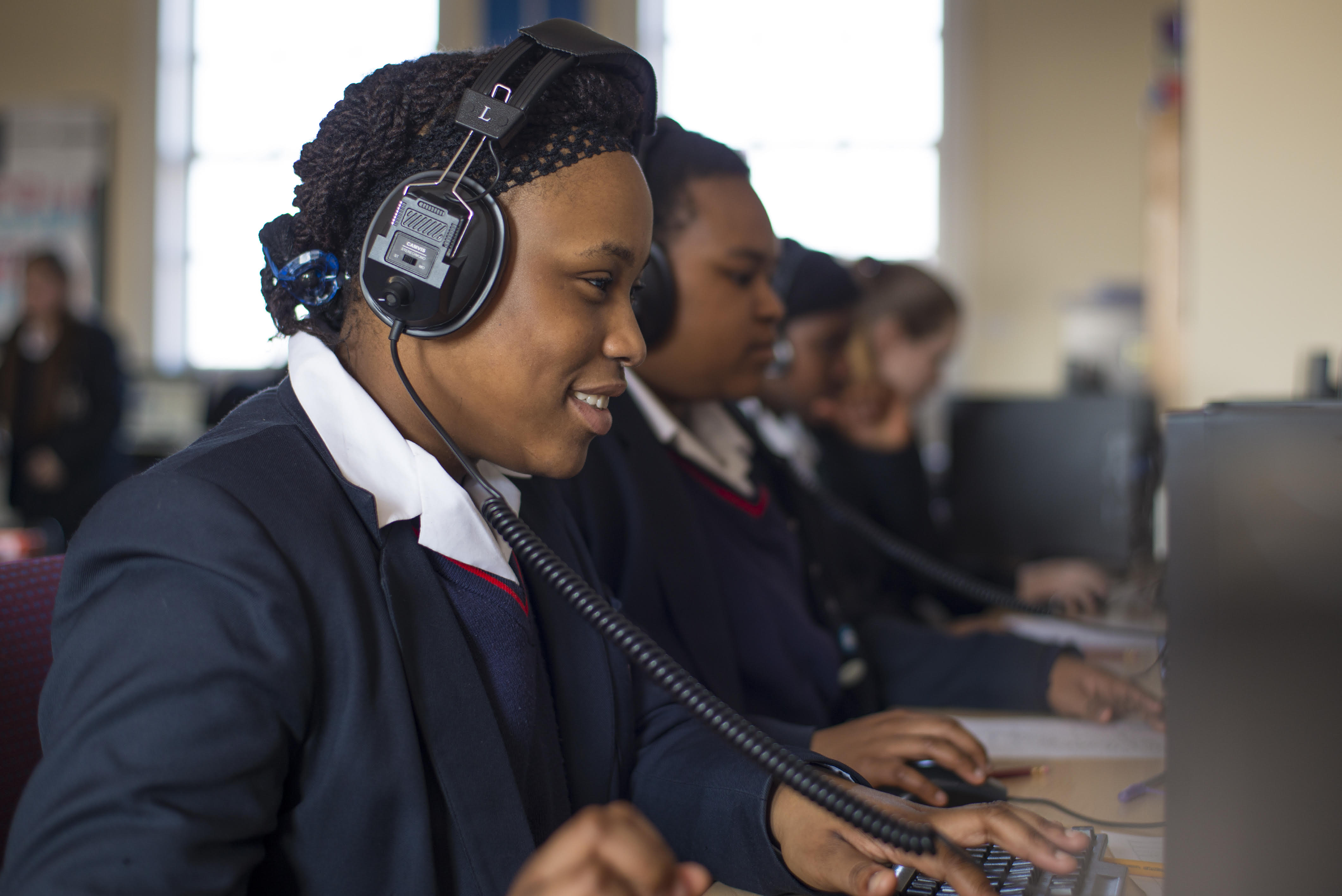 Not only did some of their students struggle to fully understand the texts that they were reading, but they had difficulties expressing their ideas in an academic tone.

As they investigated further, the pair realised that vocabulary is often a socioeconomic issue: research has found a link between the breadth of words heard in a child’s pre-school years and their educational attainment later in life.

With these statistics in mind, Olivia and Aaron searched for a technological answer.

The result was Bedrock, a product that they hoped would provide a far more efficient aid in supporting fellow overburdened teachers narrow the language gap between their pupils.

Students are introduced to original fiction and non-fiction texts online, followed by a variety of games and activities to test their retention.

Assessments of each student’s learning are then shared with staff so that they can inform what is taught in the classroom.

“Tech isn’t a panacea that can transform results overnight but there are so many different, creative ways schools can benefit from integrating tech into their teaching and learning,” said Olivia.

“The question isn’t whether to use it, it’s how.”

As EdTech has evolved from an industry predominantly fixated on administrative tasks to one that’s revolutionising teaching methods, Olivia has been heartened to witness its potential for good.

At its best, she believes it has the ability to democratise education in an unprecedented way.

“It offers an entirely new one, one on which all learners can participate.”

** Unicef, 2011,  UNICEF says education for women and girls a lifeline to development, 4 May. [online] Available at: https://www.unicef.org/media/media_58417.html