Vodafone Netherlands has been helping Connexxion, one of the country’s largest public bus companies, to improve the environmental performance of its vehicles and to reduce fuel costs.

Every day, an estimated 4.5 million commuters in the Netherlands use public transport for school or work. Public transport companies, particularly those supplying to large urban authorities, often must supply proof that they are tracking and tackling CO2 emissions. The way a bus is driven can have a huge impact on fuel consumption, so Connexxion decided to focus on driver performance.

After a successful pilot project in 2013, Connexxion has now fitted all of its bus fleet with tracking devices. The telematics devices, supplied by Dutch company Sycada, deliver real-time feedback on the performance of more than 4,500 drivers.

The feedback is delivered to a mobile device on the bus dashboard, which is powered by connectivity from a Vodafone Internet of Things SIM. Drivers get real-time feedback from the Drive Smart system that enables them to change their driving style to optimise fuel efficiency. That’s important, as the original pilot identified a difference in fuel usage of as much as 35% between the worst and the best driver in the same bus, driving the same route. Connexxion drivers can also compare their performance with colleagues. 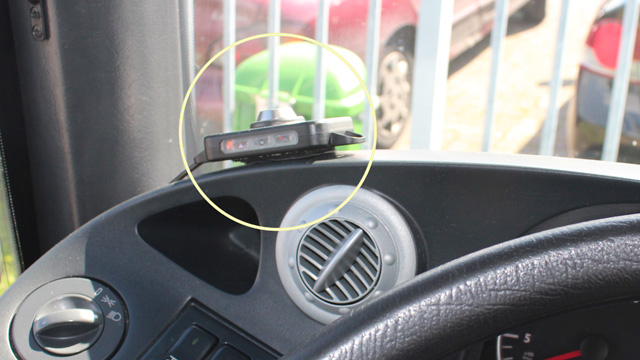 Once each journey is complete, a detailed report is sent to Sycada’s cloud-based servers for drivers and operations managers to view.

Connexxion has saved an average of 5% on fuel used by the connected buses. As the company uses 60 million litres of diesel each year to cover 240 million kilometres across the Netherlands, that equates to €3 million saved. This also equates to a reduction of 9, 405,000 kg of CO2 emissions each year.