The internet of things has found its sea legs. Track your boat’s performance from a thousand miles away. Check Facebook on board or communicate with the office. Buy tickets at any hour of the day on your phone. The connected ocean is here.

By 2020, with 50 billion connected devices, estimated data volumes will be 50 times greater than they were just four years before, according to Microsoft’s projections.

This is in large part due to the rise of the internet of things (IoT). In other words, connected devices.

It’s transforming industry and the world around us, from consumer devices and connected homes all the way to connected boats.

Over a third of companies who adopted IoT technologies have seen a 20% increase in revenue, according to Vodafone’s IoT Barometer 2019.

Captain Daniel Harper, the Rhode Island-based chief executive of Siren Marine, jokes he created the prototype for the data-driven MTC device – an acronym of monitor, track, and control – in 2006, “well before people were talking about IoT, when it wasn’t even a thing”.

Daniel, who has enjoyed a 25-year sailing career and was managing a fleet of classic wooden sailboats at the time, drew upon his computer-science background to make headway.

“In the process of checking the boats every day and occasionally finding that one had a dead battery, or that one was taking on too much water, I questioned whether there was a better way to manage it all,” he says.

“I built what we would now call an IoT edge device. It was basically a micro controller that kept track of battery voltage and bilge activity, and would send a text message to my phone if there were a problem.

“The use case was borne out of my background and passion for technology, computers and boats. I put those together, having spent a lifetime in all three.”

This mean they were able to develop a very sophisticated platform for boaters – by boaters.

“We were definitely one of the very earliest pioneers in delivering an IoT marine solution,” he says.

“Our competitors are just getting their feet wet.”

They can monitor, track, control and secure their boats no matter where they are in the world.

The third-generation MTCii, which the company is calling “the Swiss Army knife of IoT devices”, is due to be launched later in 2019. It’s just a little bigger than a smartphone.

Siren Marine is now the official Connected Boat supplier for American Magic, the US Challenger for the 2021 America’s Cup.

All hands on deck

“The boxes have lots of data storage, and the information is cached locally, meaning you are not constantly retransmitting the same data.”

“Because the box is intelligent, then it changes behaviour when you have poor coverage, allowing the user to prioritise emails, for example.”

Derek, whose company names travel giant TUI as a client, says consumers have come to expect connectivity wherever they are on the globe – and by collaborating with Vodafone this demand has become achievable.

“Having decent wi-fi is now like having a flushing toilet and hot water,” he says.

“In the near future, having wi-fi will be a differentiator for anyone renting out a canal boat or a yacht.”

Unsurprisingly, Track4Services’ Smart Hub technology has been adopted by a number of land-based organisations.

For example, many Premier League football clubs have installed the devices in their coaches – so players can keep abreast of their Instagram feeds, no doubt.

Taxi fleets are discovering that to secure high-profile contracts they need wi-fi for passengers at all times.

As the wheels turn on the IoT revolution, those looking to harness its benefits will have to team up with start-ups, believes Derek.

“What is fantastic about IoT is that it has made big corporates realise that the innovation resides with smaller companies, and they had better learn to work with those partners,” he says. 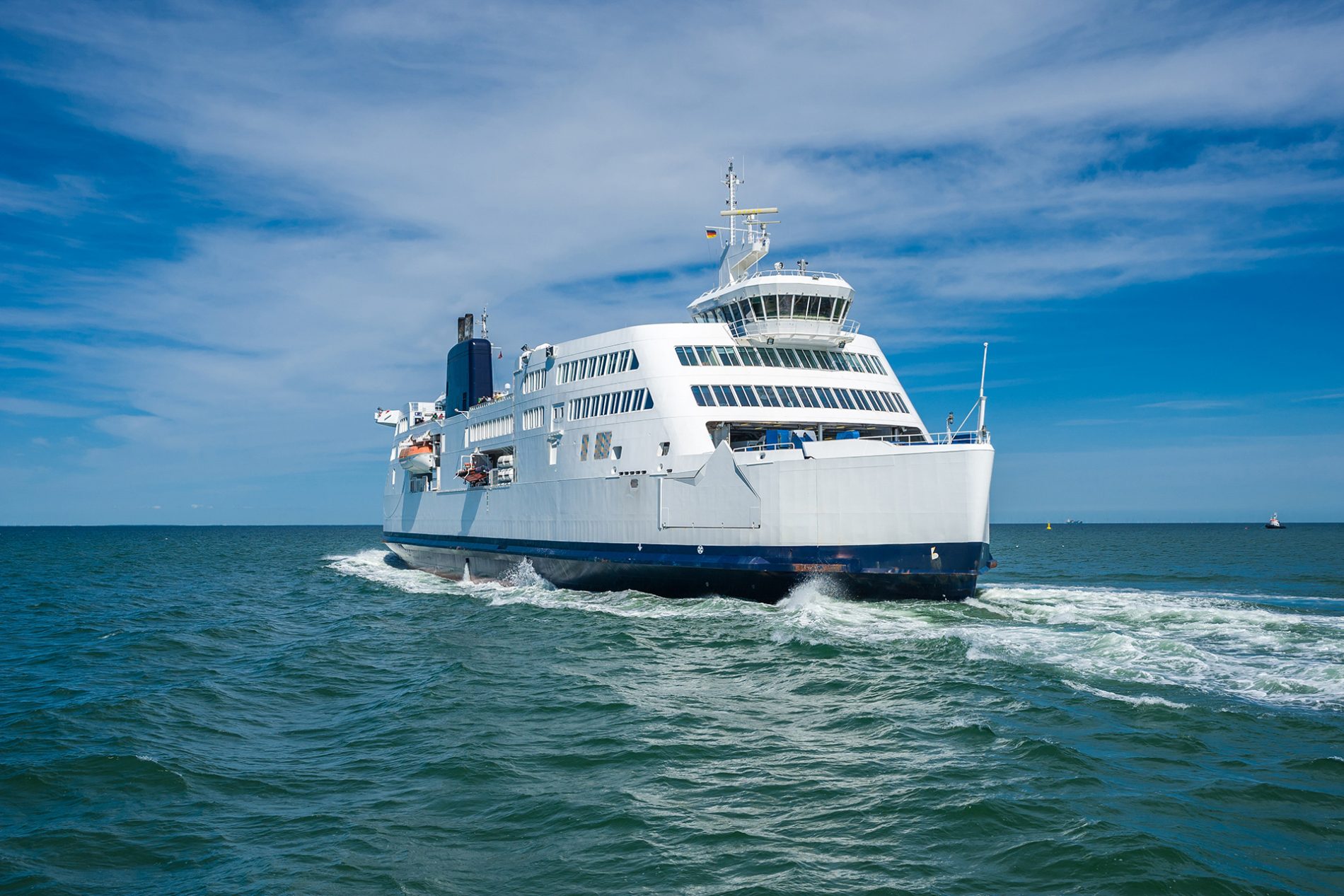 A ferry of the type used by Caremar. Picture credit: Adobe

This view is echoed by Antonio Iannucci, head of information technology at Caremar, an Italian ferry company that has developed, together with Vodafone IoT, a fully automatic ticketing system.

It is able to operate 24 hours a day, and also manage payments, issuing tickets through mobile and battery-powered mobile devices, securely, with 4G technology.

Looking ahead to the future of IoT in the marine world, Antonio says Caremar has grand plans.

“The idea is to develop the network built for us to eliminate the physical ticket offices,” he says.

Evidently, there’s an ocean of opportunities at sea with IoT – and it’s up to operators to make sure they’re not swept away in the wake.