More than 1,000 aid workers, government members, military and media arriving at Beira airport in  Mozambique, in the wake of the devastation caused by Cyclone Idai, have been able to connect to free wifi – thanks to volunteers from Vodafone Foundation’s Instant Network team.

The team arrived in the country on 19 March. They set up a range of temporary equipment – Instant Network, Instant Wifi, Instant Charge and additional satellite and communications technology, all of which arrived packed into several large suitcases on a domestic flight.

Reliable connectivity is vital, helping international aid agencies coordinate and report on the needs of people affected by the disaster, as part of the national rescue and recovery programme.

Trained volunteers from Vodafone Hungary, Portugal, Romania and the Netherlands are supporting the Vodacom Mozambique team as they work to re-establish the country’s mobile phone network. 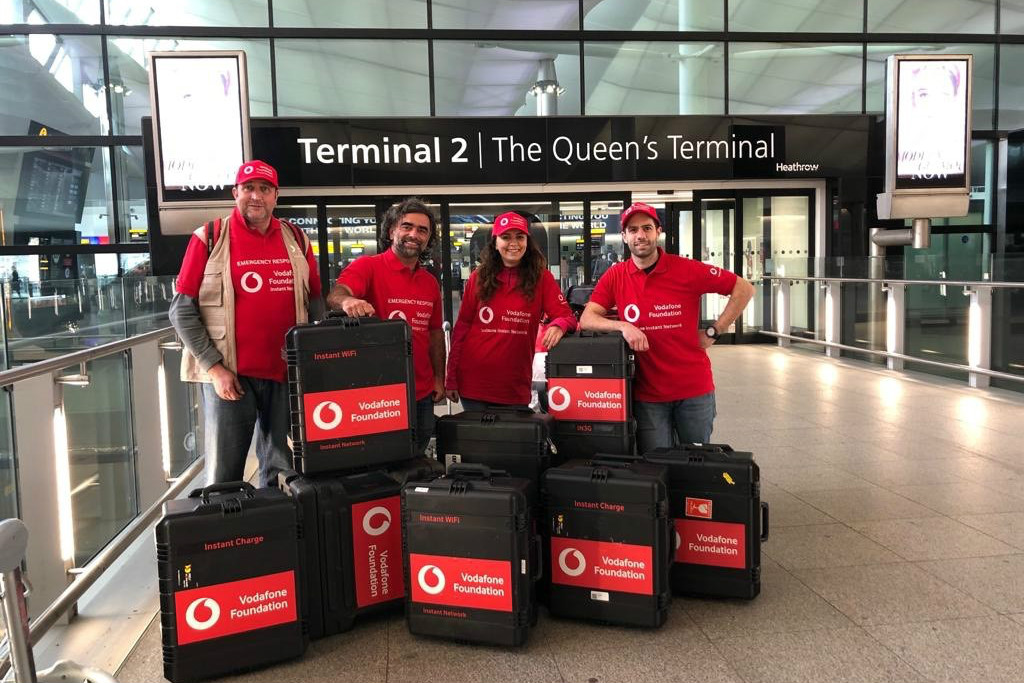 According to the UN, nearly two million people in Mozambique have been affected by Cyclone Idai and its aftermath, and over 1,000 are still missing. Nearly 90,000 Mozambicans are thought to be sheltering in temporary sites, while thousands are still stranded in floodwaters. The cyclone flattened homes and caused widespread flooding when it made landfall near the port city of Beira on 14 March, home to half a million people.

“We were among the first to arrive in Beira on Wednesday,” said Larisa Basica, a volunteer member of the Instant Network team from Vodafone Romania. 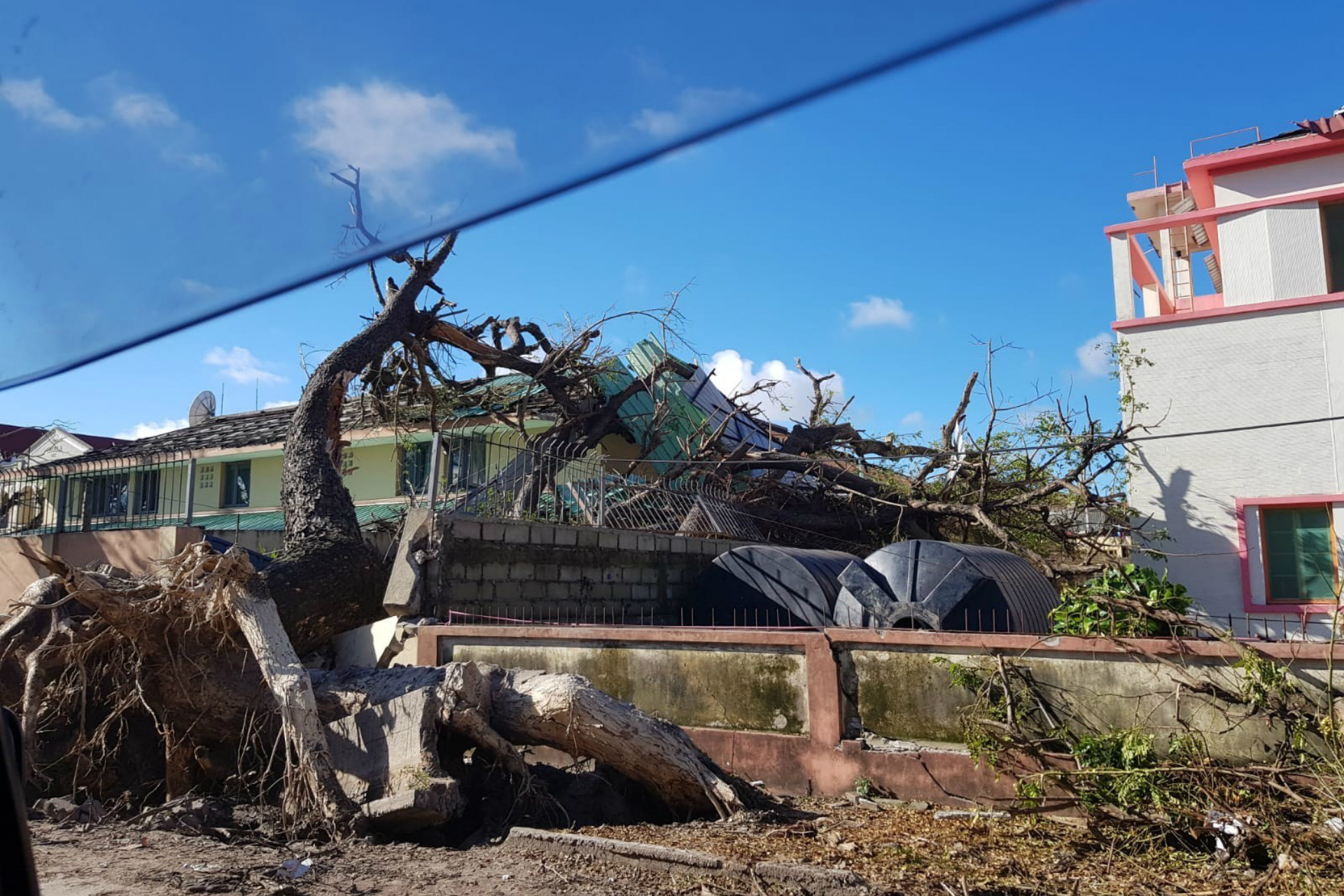 “Since then we’ve been working closely with Vodacom Mozambique and with the NGO Telecoms Sans Frontieres. We’ve been in the field, and in schools, where survivors are sheltering.

The team arrived at a local primary school to find around 600 people sheltering there – without electricity or running water.  “We set up all the equipment on the sports ground behind the school, which was also devastated with iron pillars on the ground, broken glass, and collapsed rooftops,” she said. 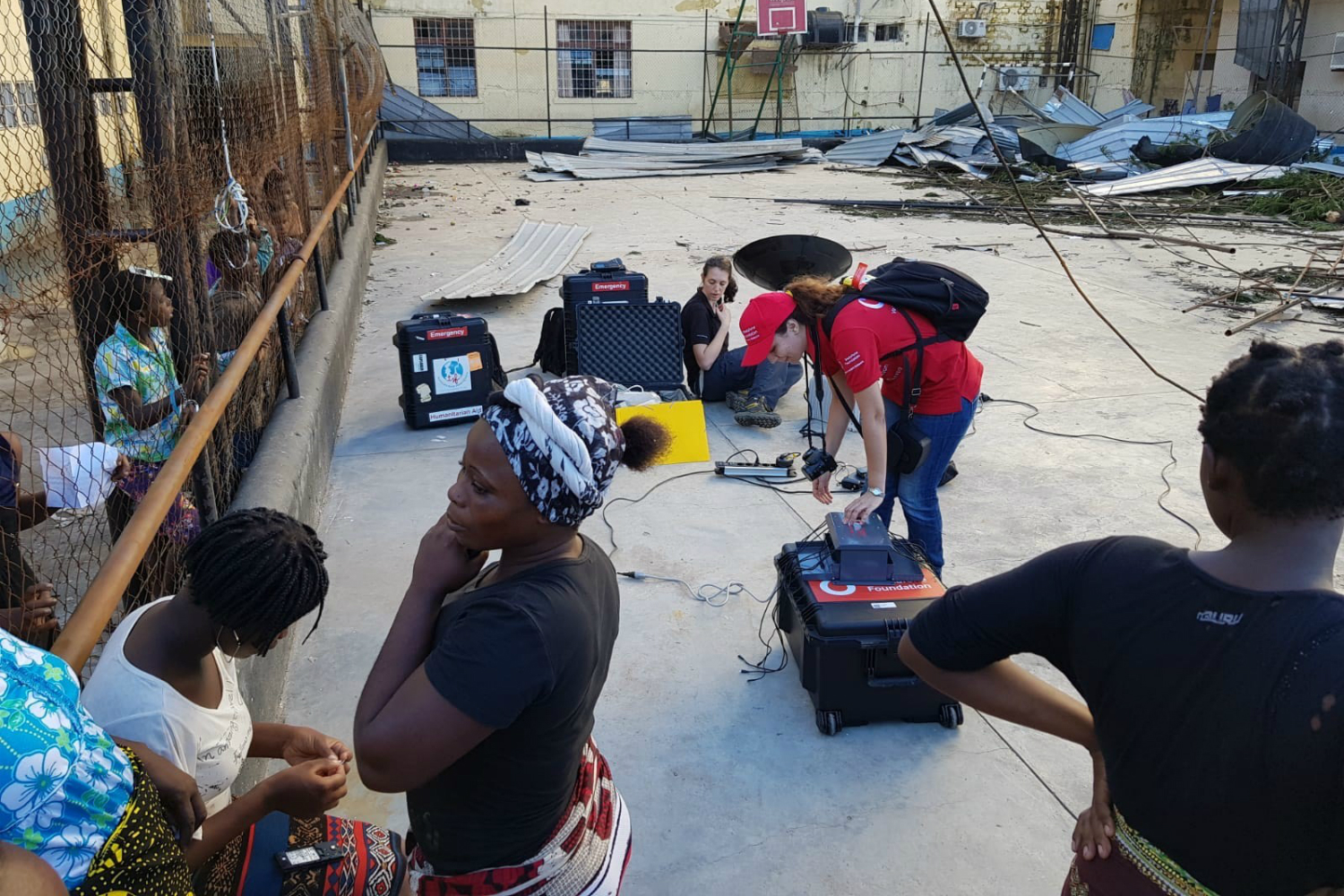 It quickly became clear that it wasn’t just the temporary network that was proving vital.

“We realised that it was really important for them to be able to charge their phone and get the phone number and then call their relatives,” said Ms Basica.

“We were also able to provide Instant WiFi for the NGOs and rescue teams to be able to collaborate in order for them to work on their emergency operations”. 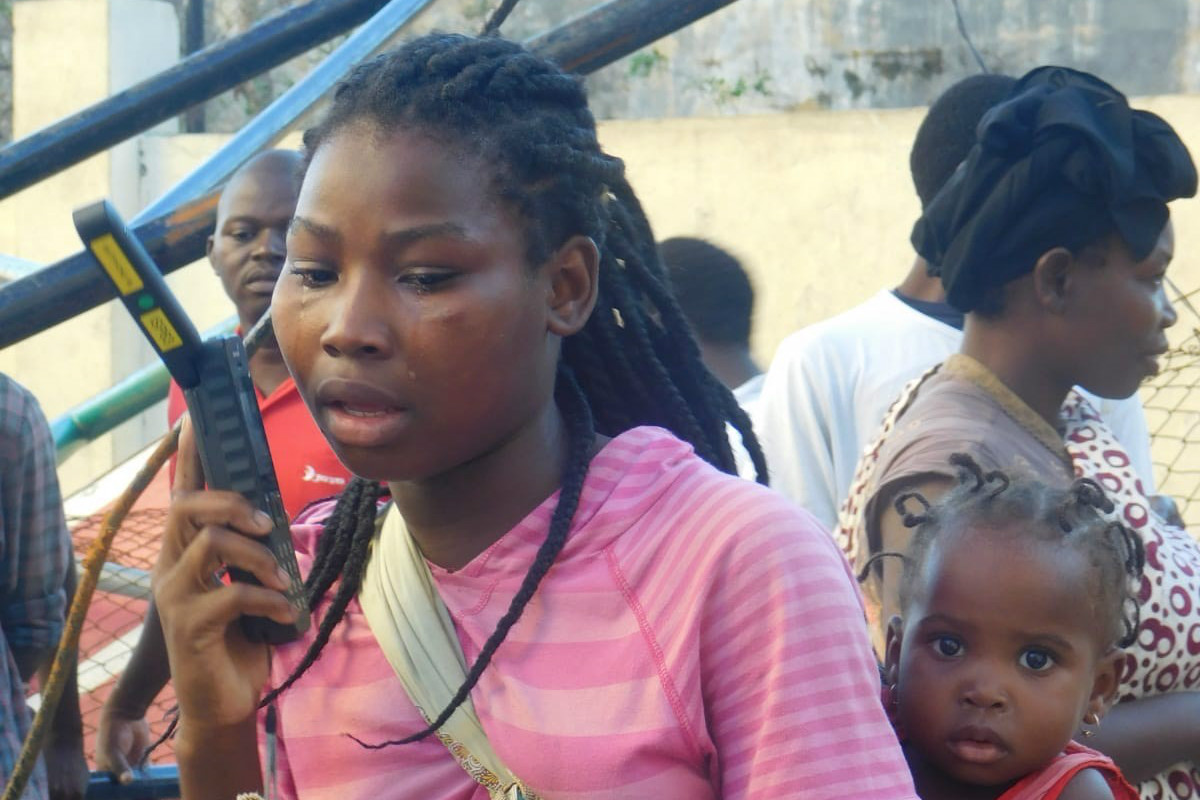 Once work was completed at the airport in Beira, the team moved on to the city of Buzi, one of the worst affected areas, and have now installed a temporary network and charging stations for survivors and aid agencies in the area.

“It’s very important for [aid workers] to be able to communicate,” she said.

“If they’re based in the airport they need to be able to reach their contacts who are outside of Mozambique in order to make sure that they get logistics in place, get food, and also share data and statistics about what’s going on on the ground.”

As the scale of the humanitarian disaster has unfolded, the international community has been urged to do more.

“We need financial support from the international community,” he said.

As part of its response, the Vodafone Foundation is giving $200,000, matching Vodacom’s donation, to support the relief effort and for a programme of school repairs.

“From our Vodafone colleagues now in Mozambique, we understand the communications challenges facing the relief efforts are some of the worst any of our teams have faced in the life of the programme,” said Andrew Dunnett, director of the Vodafone Foundation.

“The team is working around the clock to help provide calling and WiFi operations to support the relief effort, and to allow family and friends caught up in this appalling tragedy to connect with each other”.

Since 2011, Vodafone Foundation’s Instant Network has provided life-saving assistance in over 20 missions around the world, connecting tens of thousands of people and enabling almost three million telephone calls.

If you want to help the international relief programme in Mozambique, and the survivors of Cyclone Idai, you can donate to the Disaster Emergency Committee here.