“Buildings and old steam engines are usually named after people when they're dead, so having something named after you when you're still around, it’s a very great honour.“

“But I've taken out a life insurance policy just in case!”

Rick Perry has a little chuckle down the phone. It clouds the hint of an awkwardness around the impending conversation he’s about to have. Even over the restrictive medium of Skype, it is easy to learn that Rick is a modest and humble guy. But he’s on this call to speak about having a fibre optic cable that stretches almost around the world named after him. So, those two qualities are about to be put to the test.

2Africa is a project that aims to place a cable running from the south of England down and around Africa, up through the Mediterranean, before ending in France. It will be 37,000km (23,000 miles) long, have 21 landing spots in 16 African nations and boast a capacity of 180 terabits per second (Tbps). It will revolutionise the mobile connectivity landscape in Africa, bringing faster and more reliable connectivity to the continent.

And its name? S.H.A.R.P – System Honouring the Achievements of Rick Perry.

“My boss Andrew McGrath mentioned that they would like to try and have my name associated with the cable in some way a few months ago,” he explains. “It is obviously a huge honour for me, but it’s a huge team effort – so many others had huge contributions. Maja Summers (VCS Commercial), Jason Leaf and Suhki Gill from the Legal Team, and Kobus Stoeder (Vodacom) were instrumental. And Andrew was a great support and helped push this project through the approval process.

“It's nice that Vodafone recognise something that’s part of the network that is not really known much about within the organization. Obviously the Mobile side of it is the key thing that everyone works to produce. Being involved in infrastructure that is as far away from Mobile devices as you can get is interesting. It's great that that they were willing to honour the activities in this space.”

As Vodafone’s Head of Sub-Sea Partnerships, Rick has been heavily involved in 2Africa, from it’s humble beginnings – initial plans were only to lay a cable along the east side of the continent – and putting together the consortium behind it. But as he explains, it wasn’t until a widely known social media platform became involved that 2Africa really began to test the boundaries of what was possible. 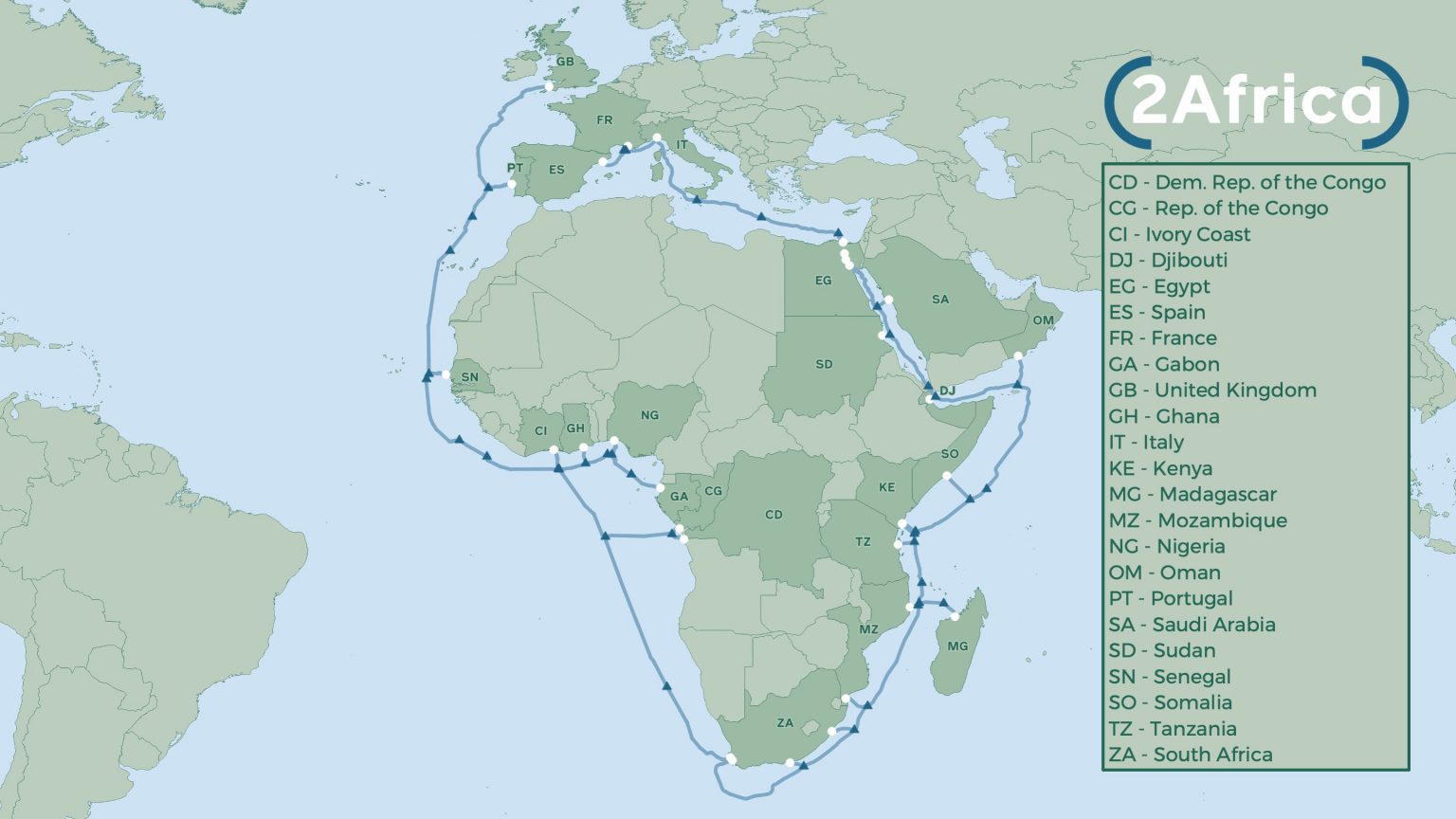 “You can see by the size of the project that it will incur a huge cost - the project will eventually be over a $1 billion” he expands. “It's easier if you have other parties to share the costs.

“In actual fact, the 2Africa consortium started off many years ago as a Vodafone-instigated project where we wanted to build a new cable system from South Africa to Europe along the east coast of Africa. That was to support the Vodacom groups in South Africa, Mozambique, Tanzania and Kenya.

“But actually, international connectivity in those areas wasn’t great and was quite expensive.

“So we wanted to introduce more capacity to provide some downward pressure on costs. We went out and spoke to other companies we felt might be interested in what we wanted to do and started a consortium, but unfortunately after a year or so, we couldn’t get enough funding to build the system.

“But then we started to talk to Facebook. They were interested and put in a lot of money. The project became much bigger and began to include the west side of Africa and extend more into the Mediterranean.

“The cable will drive a significant change to the cost base of the international connectivity from Africa, and having the consortium membership with companies like Facebook and some of the other carriers, with their scale of connectivity, will allow content to be placed in Africa.

“So it is a significant step and as we know, communications, access to media and all the social media that we have today is increasing significantly. For that you need very good and cost-effective international connectivity. 2Africa will deliver that.”

Scheduled to go live in 2023/4, the cable will be buried 50% deeper under the ocean floor than is usual in a bid to protect it from accidental damage. 2Africa will have landing points in Sudan, Djibouti, Oman, Kenya, Somalia, Tanzania, Madagascar, Mozambique, South Africa, Gabon, Nigeria, Ghana, the Ivory Coast and Senegal, as well as the Congo region, Portugal, Italy, France and the UK.

That physical infrastructure is the straightforward part, however. There are plenty of other considerations to test the mettle of Rick and his team. “This project is absolutely fascinating from many, many aspects,” he adds. “Technically, we're using the very latest submarine technology, which is interesting to work with.

“Politically, it's interesting – firstly the commercial politics where you're dealing with a range of companies from Facebook, to STC, to MTN, always with a different way of working, different strategies, different levels of influence. It is fascinating to work with those companies in one group, all with the one aim of trying to build a system. The fact that the individual parties might have different commercial drivers for this project can sometimes cause interesting conflict.

“We also have political issues to deal with in terms of the regulatory environment, making sure that what we want to do works with all the countries involved and ensuring we don't do anything that contravenes any political or regulatory laws.

“All these aspects to this project are absolutely fascinating and of course, there is a team behind all this. There are many, many really good people involved making sure that we are all going to benefit.”

Rebuilding within a warzone

Thankfully, Rick has a wealth of knowledge and know-how. A two-year apprenticeship with Cable & Wireless in 1974, based in Porthcurno in Cornwall, kick-started a career in their foreign-based staff – “I was destined for gin and tonics around the world from then on!” – and ever since he has carved out a reputation within the submarine cable world. Indeed, he was awarded the “fantastic honours” of an OBE in 1999 and a CBE 10 years later, both for Services to the Telecommunications Industry.

And while 2Africa presents an enormous challenge, he has plenty of experiences on which to draw. Take the Falklands for example. 2Africa will go some way to topping that project…

“I was on the project team to go back down and rebuild the communications on the island after the troubles,” Rick recounts. “We had to put satellite communications in because it was a Cable & Wireless branch at that time. High frequency radio was the only communication from the island and towards the end of the troubles we were invited by the government to set up a project to put in an earth station and some communications around the Falklands. I was lucky enough to do a lot of the design work and then I ended up going on the project and installing equipment on the island. That meant flying down via the RAF - which was an interesting experience. People are treated as second-class citizens to the cargo! We flew to Ascension Island on a VC10 jet aircraft, which was not too bad, but from Ascension Island down to the Falklands, we were in the back of a Hercules and sitting on webbing seats for however long it was. During the flight they had to refuel in mid-air so I was fortunate enough to see that. There were five civilians, a few RAF personnel and the rest of the plane was packed with cargo. 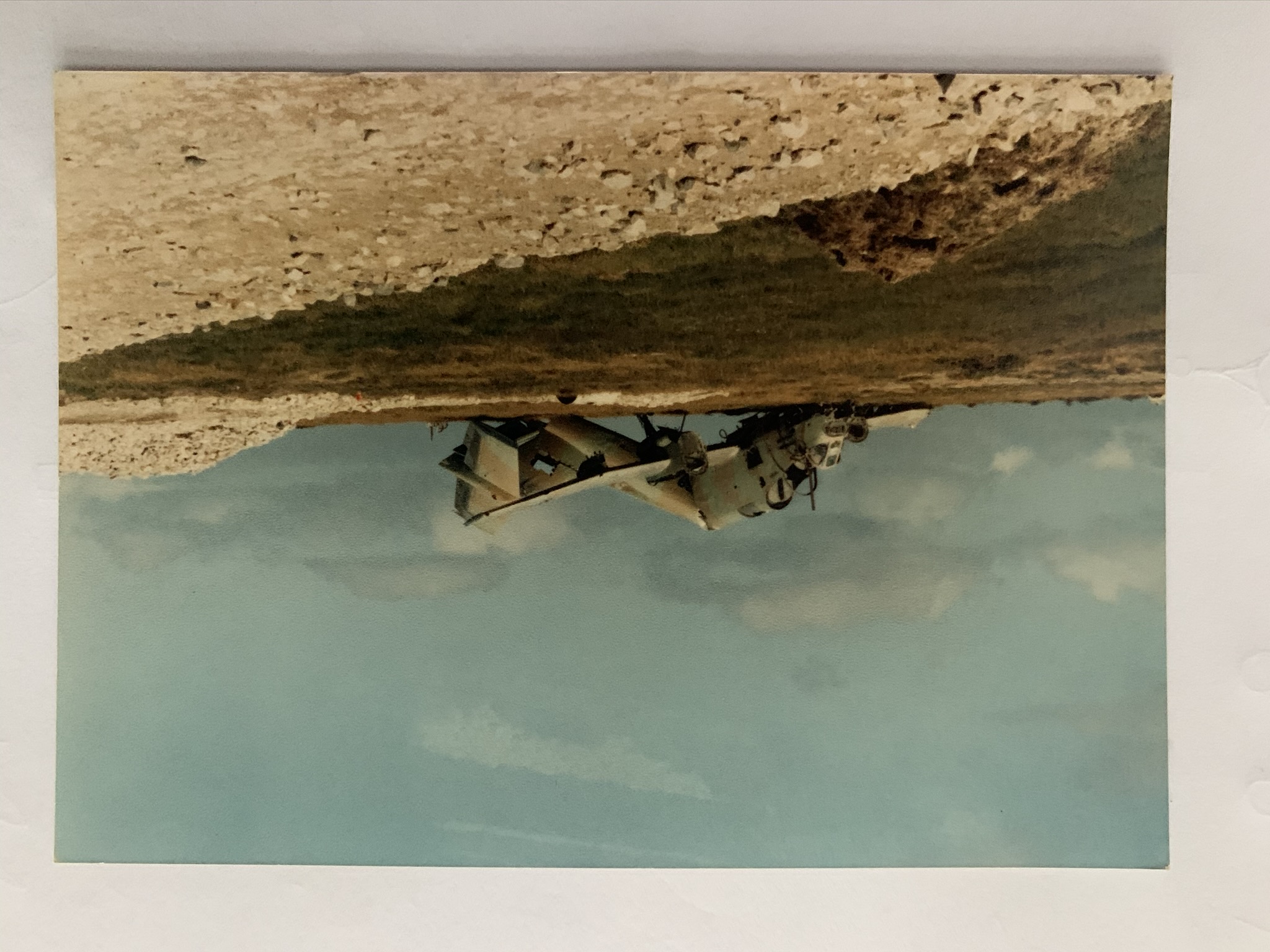 “When we got to the Falklands, we couldn't land because it was so foggy so we had to circle round for another six hours and ended up in Montevideo (the capital of Uruguay). While there, we were under armed escort for the night in a hotel, and then went back to the Hercules and flew off the next day.

“Then you’re there, doing a project for three months essentially in a warzone, with crashed airplanes all around you. You're given a minefield map to make sure you don't go to the wrong place. But that was actually a fascinating experience.”

‘I’d love to see it through’

2Africa will change the future for connectivity in Africa. It’s 180Tbps capacity is more than the total combined capacity of all other subsea cables currently serving the continent. But there is little time for the likes of Rick and his colleagues to sit back and take in what they have given to the world – the next project in the next corner of the globe comes around quickly. But despite his 46 years in the industry – and one of the world’s largest cables carrying his name - there are still one or two projects left to complete before he bows out.

“I guess it's something that unless you sit back and think about it, you don't really realize [the impact your work has],” he admits. “I've been working in the submarine world now for a number of years and we just do it and take it for granted. But it's not until you step back and ask what the world would be like without the Internet - and the Internet can’t survive without submarine cables.

“This current project is fascinating and I'd love to see it through until the end. We've got three years to implement it, so if I'm lucky enough to carry on working on it that would be very pleasing.”