From the way we bank, shop, and even date - mobile is now at the centre of our lives. Eventually, 5G will change everything that depends on a wireless connection. And that is pretty much everything.

One million 5G handsets, a million 5G modems, and as many 5G fixed mobile access devices will be sold by the year’s end, predicts Deloitte.

By 2025, there will be 1.2 billion 5G connections worldwide, says the GSMA, a trade body of global mobile network operators.

Compare this with the world population that year of 8.1 billion.

In the US, about half of mobile subscribers will be using 5G.

So will 45% of Japanese mobile users, 31% of Europeans, and a quarter of people in China.

But what will all these people be doing with it all? 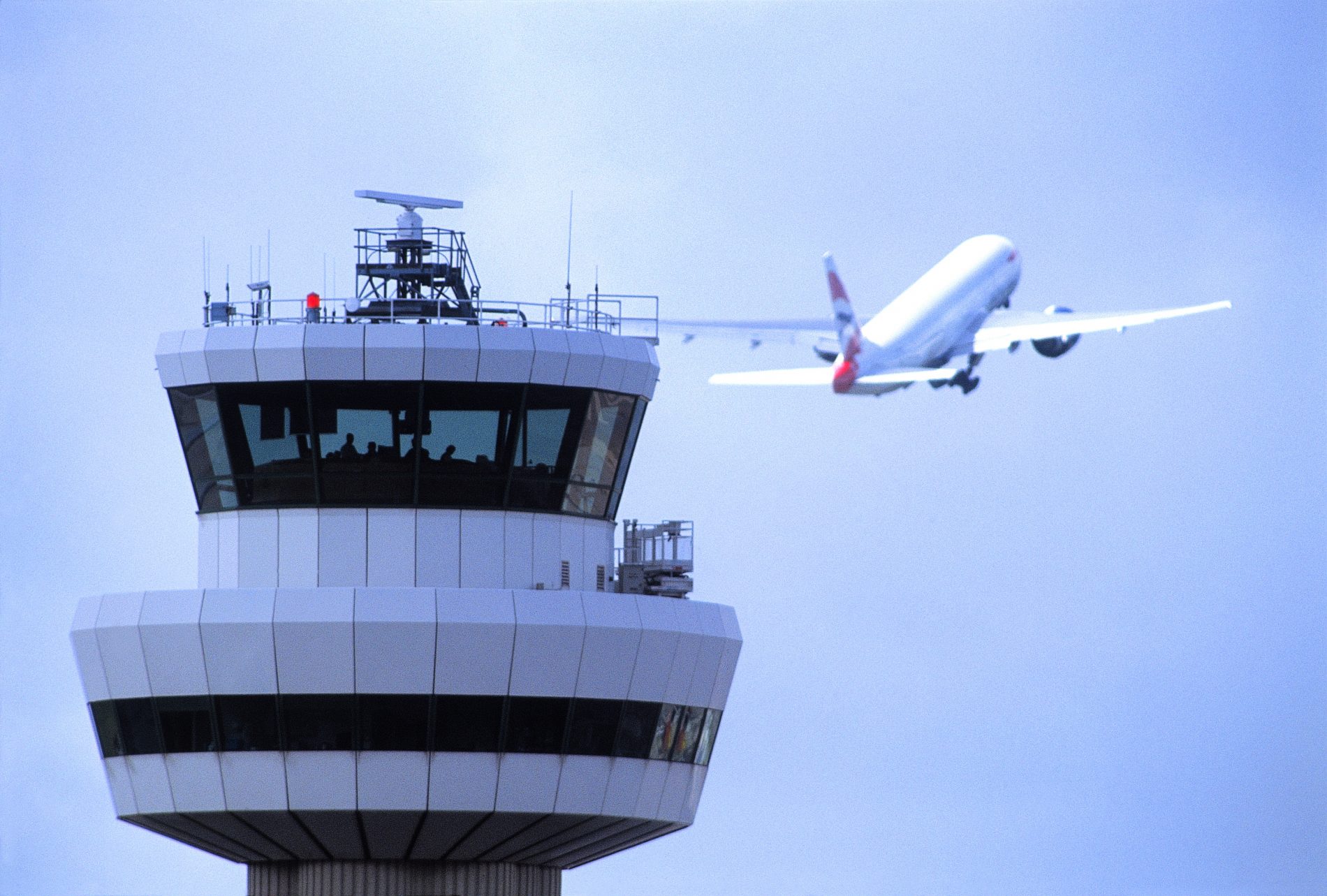 City centres, athletic and music venues – all the places where today you might struggle to get data or to message someone you’re trying to meet – will get much more online.

London Gatwick already has wifi, but with 46 million passengers a year, browsing can be slow.

Now in coming months, new and increasingly automated check-in and boarding systems will make use of the terminal’s 5G connectivity.

And so will a trial of robotic parking.

Stan – named after its maker Stanley Robotics, a French start-up – is a valet parking robot.

It takes your car from the terminal to the long stay car park, by sliding a carrier under it and gently lifting it. Stan’s currently on trial at Gatwick.

Each of the robots uses 5G to communicate both with the car park infrastructure and with other robots.

Meanwhile, sporting events like the 2020 Tokyo Olympics will also be other early coming out parties for 5G.

Intel is partnering with the International Olympic Committee to showcase a range of new technologies to follow the Olympics, including augmented reality and 3D athlete tracking.

So with the eyes of the world watching – some in virtual reality – 2020 will be the 5G Olympics.

Driving along in my 5G seater

If a car can communicate constantly with hundreds of cars around it, not only could this prevent collisions, it could end traffic jams, too.

In fact, 5G might be the technology that gets autonomous vehicles out on the road. They rely on data, and lots of it.

4G is fast enough to let you order your Uber and track it through the streets. But a car that’s awash with fast data and low latency from 5G can draw on the cloud to make split-second driving decisions fast as human reflexes or faster.

Ford is working with Vodafone on a system to alert cars to get out of the way of emergency vehicles.

Accident victims have a 40% better chance of survival if emergency services personnel can get to them just four minutes sooner.

There is a 5G testing environment at the north of London in Bedfordshire’s Millbrook Proving Ground.

Called AutoAir, the testbed is letting companies experiment on getting cars to talk to traffic lights, streetlights, road signs, and other bits of infrastructure which might join the internet of things (IoT).

So your car can see around corners, and detect pedestrians obscured by other vehicles.

With 5G data shuttling back and forth between the cars and small masts around the test facility, the testing at Milbrook routinely produces more than four terabytes of data a day. 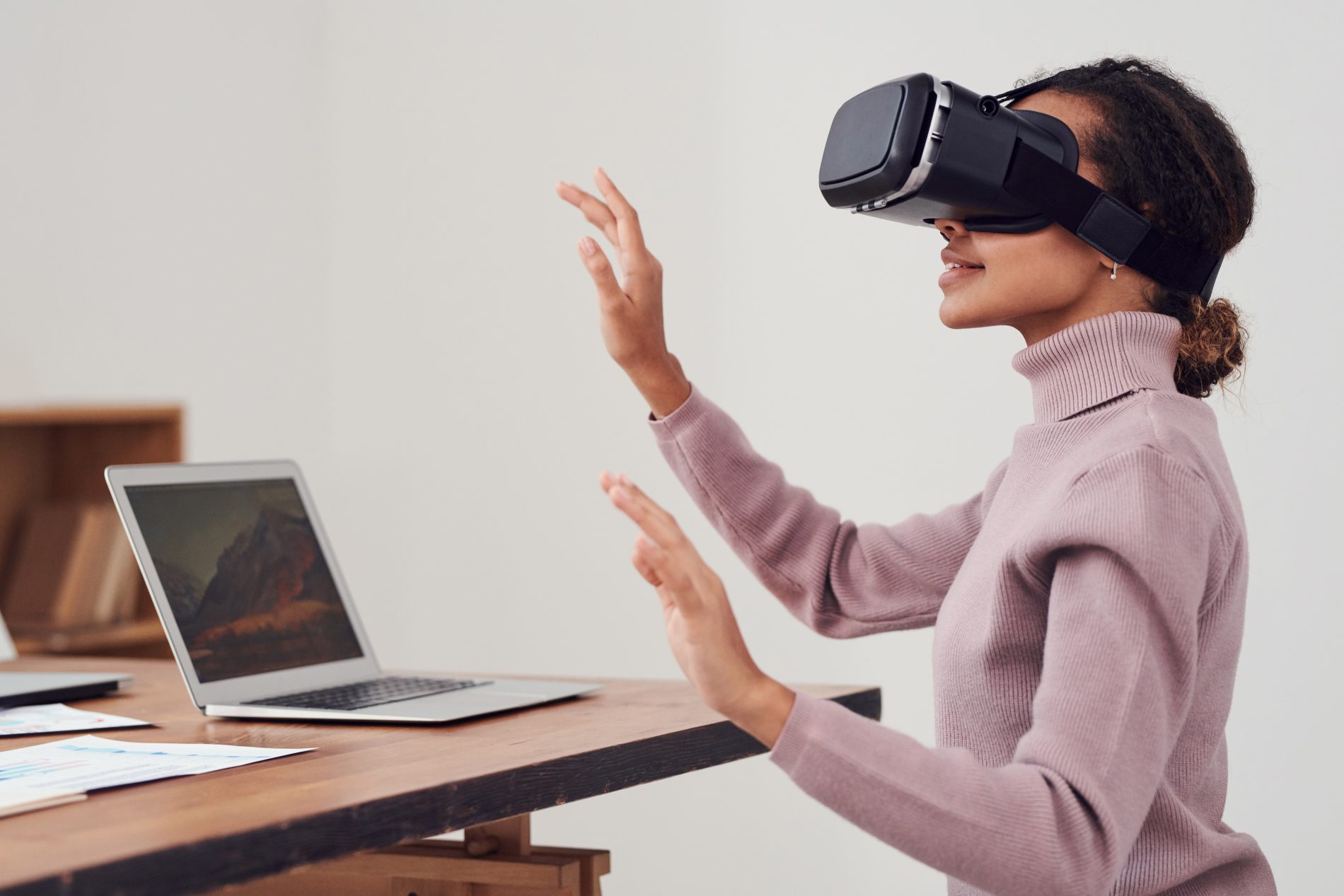 With 5G, we’ll communicate with friends and navigate around unfamiliar neighbourhoods not by using our mobile screens, but using our glasses.

And we’ll see virtual and augmented reality (VR/AR) popping up on our car windscreens and our sunglasses, with clues about our environment.

Devices like Microsoft’s Hololens, the HTC Vive, the Oculus Rift or the Oculus Quest will get lighter, cheaper, and more widespread.

You might meet your friends in mixed reality, sitting on each others’ sofas by telepresence as you’re thousands of miles away.

5G lets your glasses offload all this into the cloud.  Making them less heavy and, at the same time, a lot cheaper.

There will be 48 million smart glasses in use by 2021, predicts New York-based technology consulting firm ABI Research.

And with this much data, you can record video clips in six degrees of freedom.

This means being able to move our gaze around 360 degrees in a “sphere” of video, rather than be locked into one perspective on a screen.

It takes a lot of data. But guess just what 5G provides… 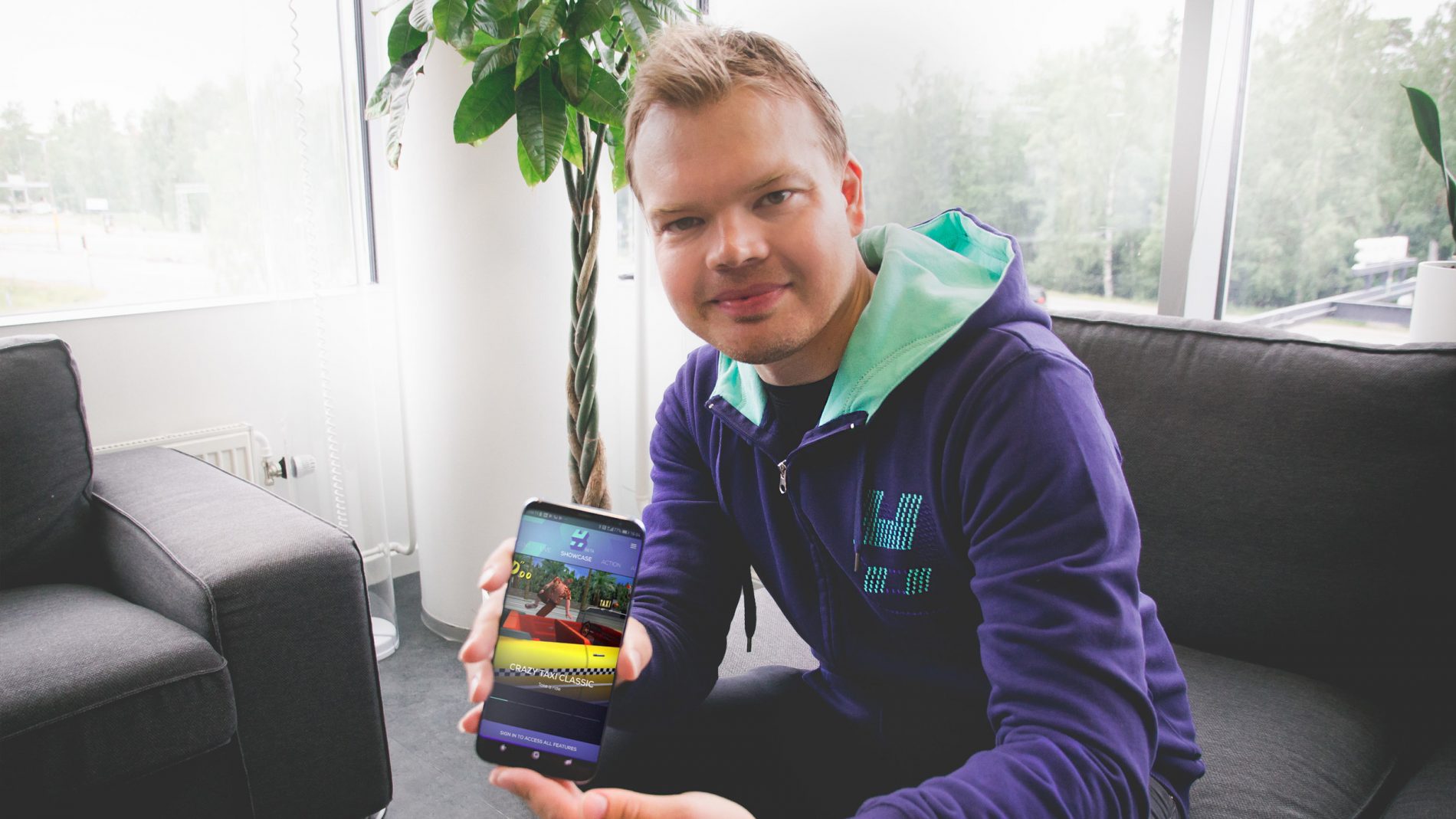 Not just fun and games

Above all, 5G promises faster speeds and support for massive data use.

And “the combination of these two is a powerful prospect,” says Paul Barnes, managing director of App Annie, a San Francisco-based company providing data about mobile apps.

Before it leaps into our cars, we’ll see much of these new virtual and augmented reality power first in gaming.

Finnish games company Hatch and Vodafone launched a partnership in May to launch the world’s first cloud-based gaming platform built for 5G.

“Think Fortnite, with thousands of players,” he says.

If heavyweight, video intensive apps can live in the cloud, instead of your smartphone, it means it’s easier to try out different ones instead of downloading each one.

It also means apps will be able to make much more use of video.

With sensors smaller, cheaper, and everywhere, practically everything will be connected.

Pretty essential to the operation of 5G networks, too, is edge computing and micro data centres. Equally necessary is a lot more storage, to hold vastly expanding amounts of data.

The collective sum of the world’s data today is 33 trillion gigabytes.

In 2025, the world will hold 175 trillion gigabytes, while creating 163 trillion new gigabytes a year – so many more data centres will be necessary to hold it.

At the same time, 5G’s edge structure cuts latency by putting data centres physically closer either to the point of origin of data, or to a base of users.

This means geographically dispersing data centres – so it will get to you faster and your experience will be more pleasurable.

The exact path 5G takes between now and 2025 will depend a bit on its first “killer app”, its driver for adoption, argues Steven Carlini, vice president of innovation and data centres for French-based Schneider Electric.

“3G was driven by the adoption of software applications, and 4G by demand for online streaming and video,” Mr Carlini says.

There’s also tactile internet – with round-trip latency in the millisecond range, 5G can transmit a sense of touch across the world in real time.

Remote surgery, trying on clothes in a shop in another continent, and maintenance and repair at a distance: all these are possible when the internet can transmit touch.

Which of these killer apps takes off first has a big impact on how 5G technology develops between now and 2025.

It’s an exciting future, with many countries jostling to get to it first. And a world of total connectivity ultimately will be one that draws us all closer.

That’s a future worth getting to.