FaceTime families: What 5G means for those who stay in touch by screen

Beth Eastwood was living in the United States when her British diplomat spouse got a new job.

It was a position in Africa, she explains, “working for the UN in a post where the UN does not allow families to accompany their officers.”

So she moved to France, to be at least in the same time zone as her wife.

“A video chat relationship is hard enough without adding a six-hour time difference to the mix,” she laughs.

And so, last November, Beth joined a growing tribe of FaceTime families.

They use videoconferencing technology to stay emotionally close, while pursuing opportunities far away from each other.

258 million people live in different countries than where they were born, says the UN – a number up 49% from 2000.

And as they keep in touch with their parents and siblings, the number of people living in different places from their spouse also has been growing quickly.

In the US, the number of happily married spouses living apart for professional reasons has grown 44% since 2000, to 3.9 million. 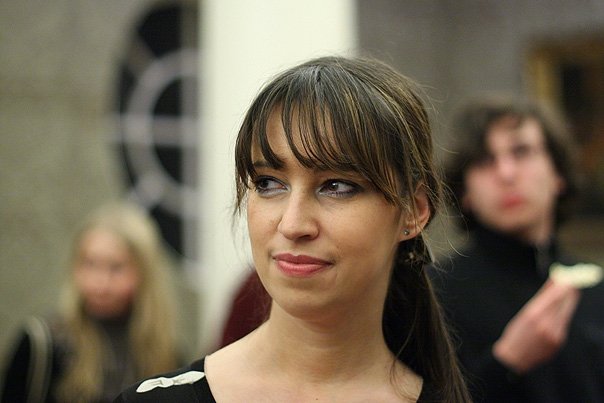 Eleonora Suhoviy, who uses Facetime to keep in touch with family in Ukraine 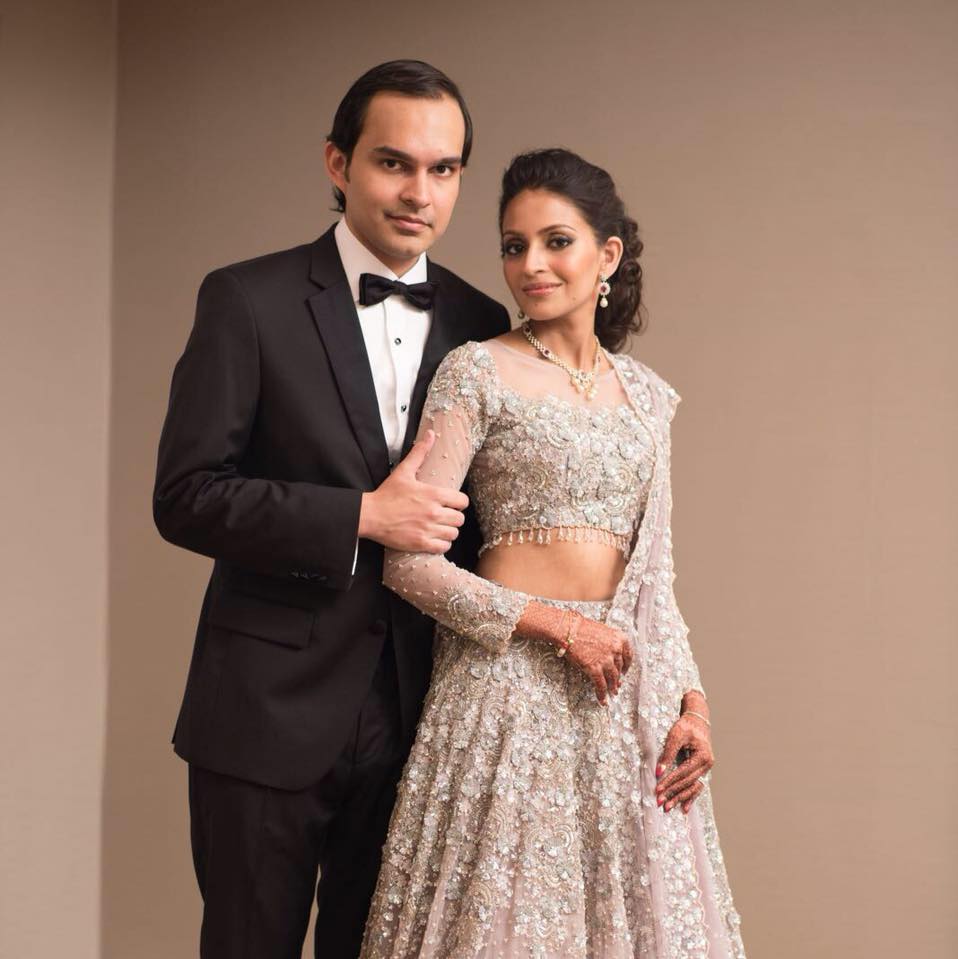 Long distance couple- Sachin Bhanot, who works in finance in Kuala Lumpar, and his newlywed wife Sunita Vimalesvaran, a junior doctor in London; they see each other every two weeks 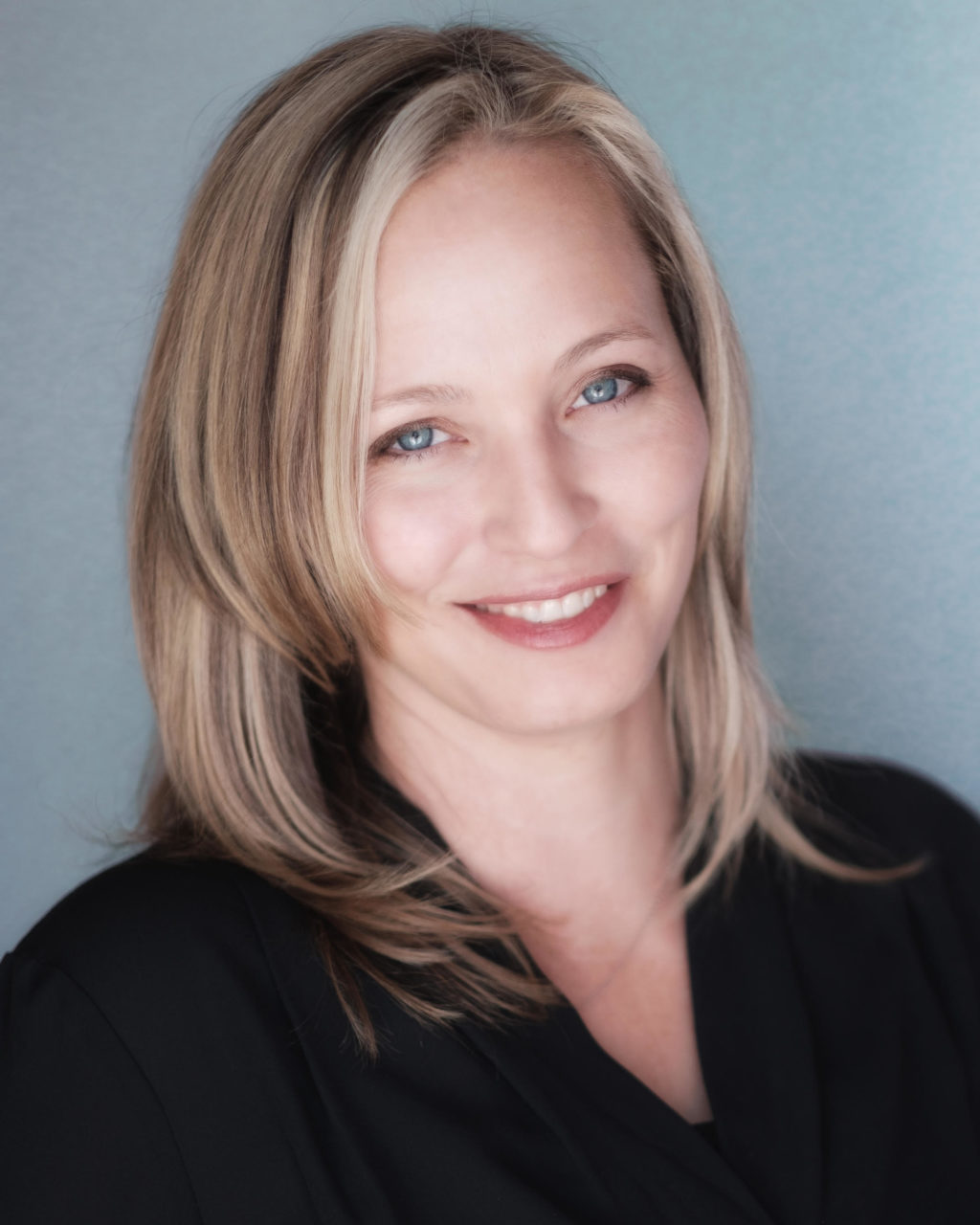 Some have dinner together over Skype, says Megan Bearce, a psychotherapist who has written a book about separated families.

Others “will use FaceTime to allow the absent parent to watch a child’s sporting event, homework, or the like”, she says.

Her own family is one of them.

Megan’s husband Ian works Mondays to Friday in New York, while she and their children stay in Minnesota.

She frequently video-calls her husband to “show him something I’m considering buying for the house.”

When time together is limited, she explains, “the last thing you want to do with your 48 hours together on a Saturday is go furniture shopping.”

And since so many buses, trains, and subways have wi-fi, “it’s easier to reach people all of the time, even if it’s just to say ‘I love you,’” says Megan.

Couples like Megan and Ian show both the benefits and limits of videoconferencing technology.

On one hand, the cost of keeping in touch “has gone down from a big chunk of income to virtually free,” says Belette Holt-Fente, a producer based in London.

Video calling means “being able to see your kids’ facial expressions, for them to show you work they have done at school, or for you to be able to read a book to them in the evening,” says Nick Hocart – an Australian producer who travels frequently for long periods for work, leaving his wife and children at home in Hong Kong.

It “makes the whole experience a lot more interactive,” he says, “and lets you be a lot more involved than a telephone call would have done in previous generations.”

But at the same time, “internet speed is important. Lags or frozen screens can be frustrating for sure and resentments can build up quickly. Anything that can help lessen that is good,” says Megan.

In her chats with Africa, “extremely” clunky video chat is a problem, agrees Beth.

And Abbie Maguire, a 23 year-old mother of two, say she video chats with her grandparents “all the time so they can see the children”, but “unfortunately they are tucked away in Somerset so the signal is awful”.

“A 30 minute FaceTime basically comprises my grandmother saying ‘Abbie, you’ve frozen! Can you hear me?” she says. 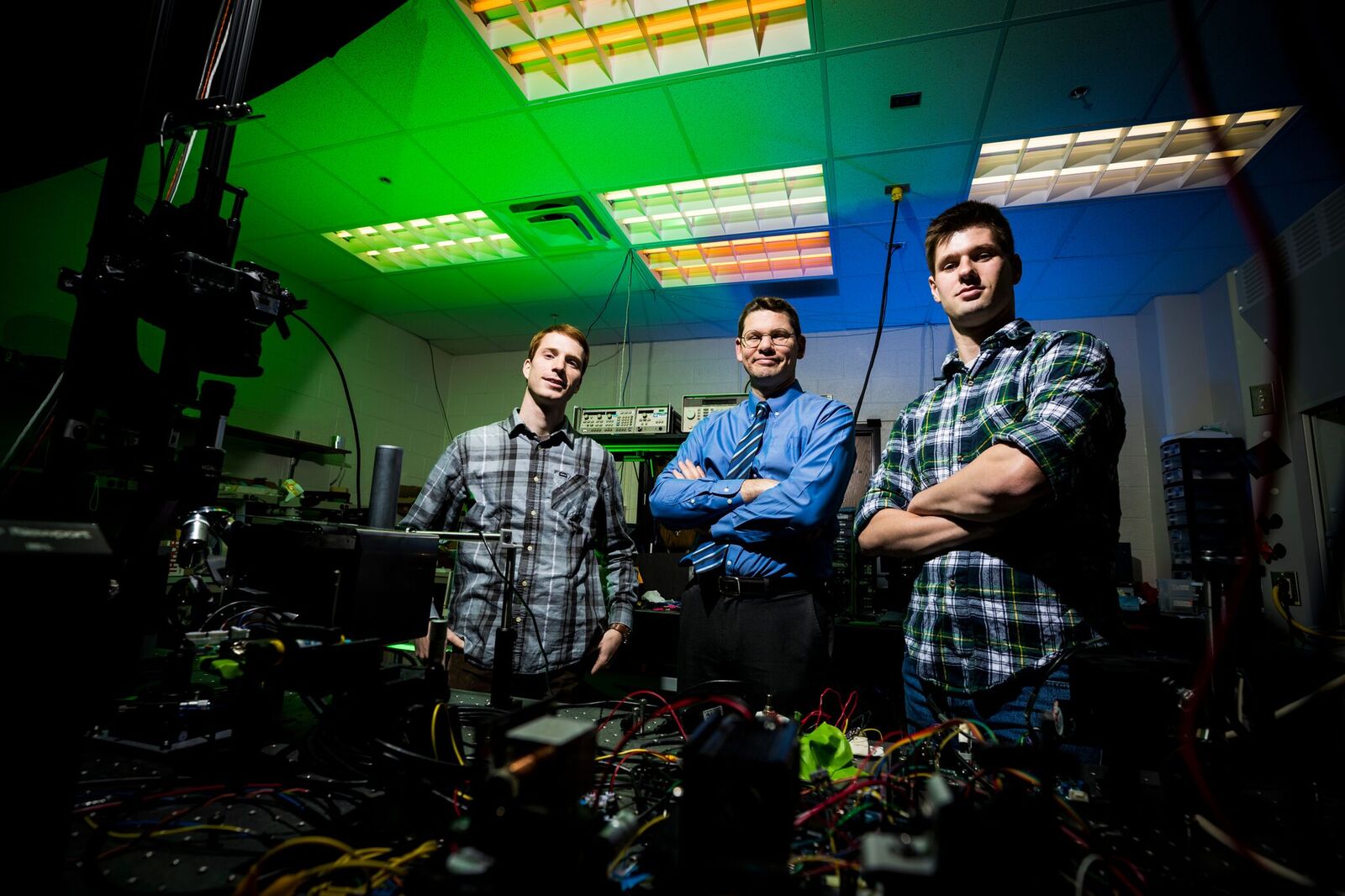 According to a study by Chicago-based West Unified Communications Services, 58% of people frequently experience connection problems while videoconferencing.

And 42% say poor lighting often distracts from their experience.

“Poor signal can turn you into a pixelated beast,” says education consultant Eleonora Suhoviy, who lives in Oxford, and FaceTimes with family in the Ukrainian city of Lviv.

3G latency falls between 100 and 500 milliseconds, so misses many of these.

So the promise of much improved 5G latency in the low single digits could mean a lot for relationships conducted through the ether.

5G “would make the experience that much more realistic, especially as virtual reality advances alongside our communication devices,” says Megan.

For many of these reasons, large corporations have mostly stayed with teleconferences, not videoconferences, says Paul David, a scientist at the RAND Corporation in California.

“To my disappointment, it is still not practical in the workplace (or, at least, my workplace) to do routine desktop to desktop video conference,” he says.

This is because “there have been problems with bandwidth, culture, and non-intuitive corporate software,” he adds. 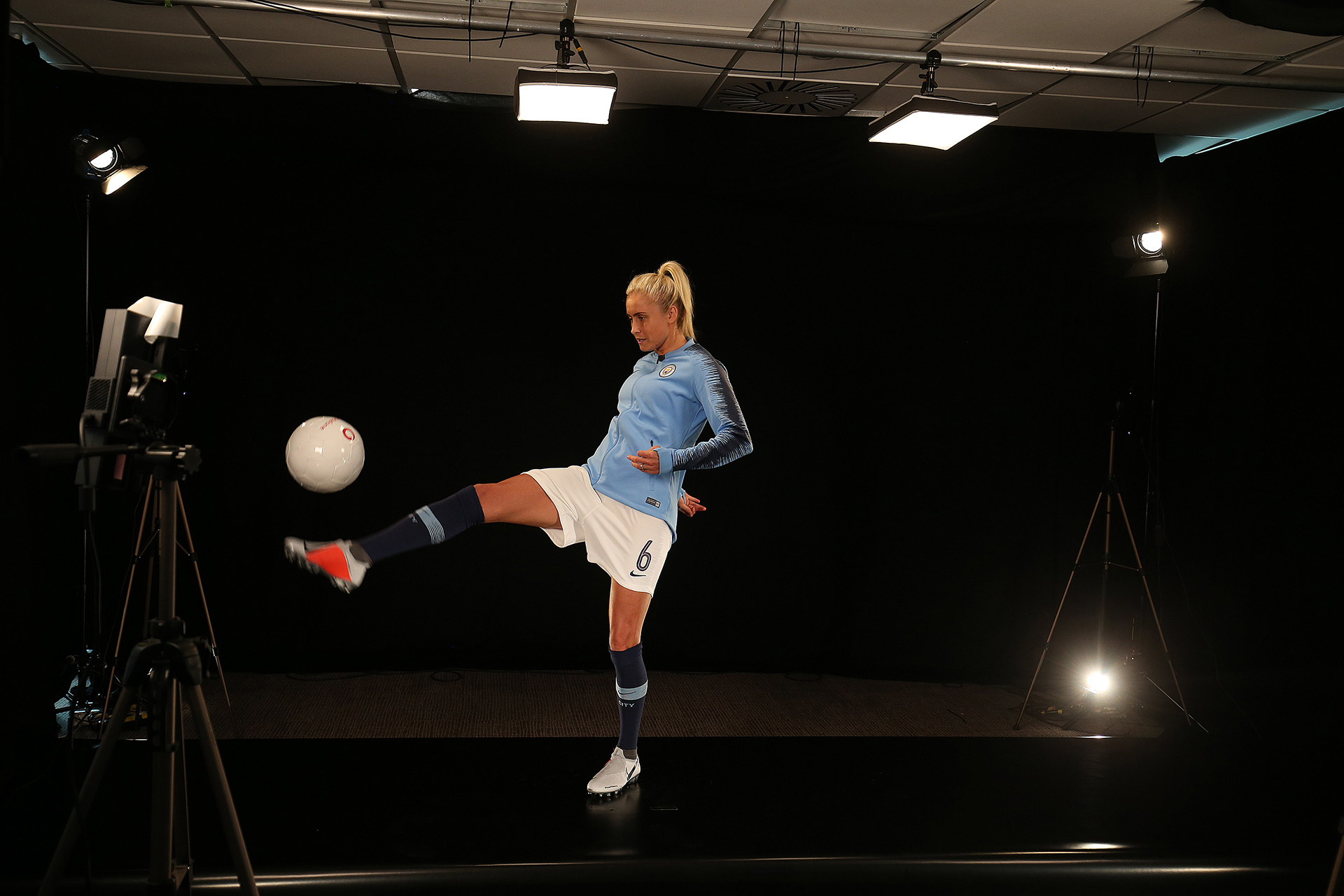 Star Wars popularised the idea of one-way holographic communications in 1977.

Vodafone demonstrated a live holographic call in September 2018, between Manchester and west London.

3D holographic conversation takes four times as much data as a streamed 4K video, and needs latency to be one-tenth what current 4G affords.

Current technology can make 3D holograms with laser projectors, or ones that can be viewed in virtual reality headsets.

All hail the age of 5G

Even along the way, 5G will make video communications sharper and more data-rich.

It’s a promise that was first made in 1964, with AT&T’s Picturephone.

Fairgoers at the World’s Fair in New York’s Shea Stadium could queue to have a ten-minute video chat with a stranger in California’s Disneyland.

It was black and white, and people couldn’t move very much, or they would be out of frame. 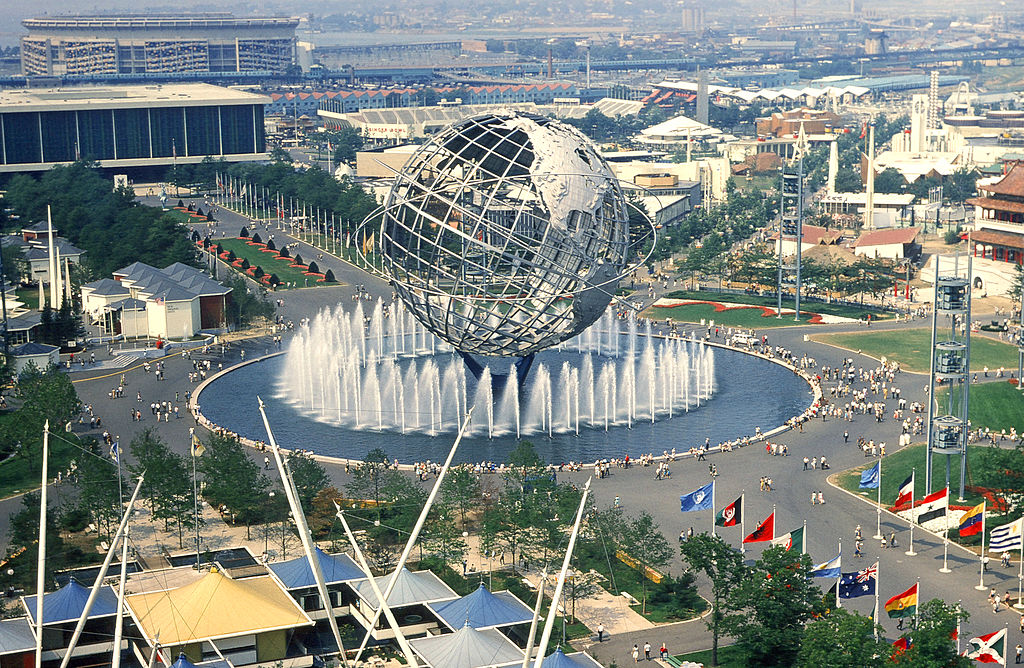 1964 New York World Fair, where the first picturephone made its debut – picture by the late Anthony Conti 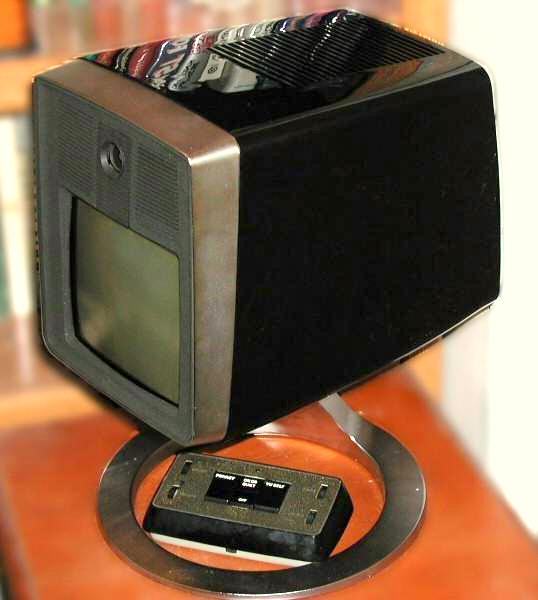 But it proved difficult to produce for the public. It was very expensive, and quality was compared in 1992 to “the film from the bank when they tape bank robbers”.

It’s a promise that was first made good in 2010, when Steve Jobs announced FaceTime in conjunction with the iPhone 4 – and in 2013, when Skype offered free video chat.

It has driven grandparents online.

“It turns out that seeing your grandchild is key,” says Bernard Stacey, a doctor and writer living in the Hampshire New Forest.

Video conferencing was the sole driver for getting his mother online, he says.

Eleonora Suhoviy observes some of her older Ukrainian relatives “treat FaceTime as almost being on TV – they ensure that they are wearing jacket and tie before appearing on my screen.”

Though there isn’t always quite so much formality.

One day her uncle, she says, “spoke to me wearing a lovely crisp shirt and no trousers – he took them off after work and thought only his top half could be seen.”

It now makes family relationships possible for FaceTime families who before would have gone months without seeing each other.

And when 5G comes, they might be able to see each other a little better.

They’ll just need to remember to keep their trousers on.