Bringing Augmented Reality to the Kitchen

Vodafone Germany, in partnership with Nreal, a provider of augmented and mixed reality smart glasses, and celebrity TV chef Steffen Henssler, has launched Giga AR, an augmented reality cooking experience as just one example of the role and possibilities of mixed reality in our everyday lives. 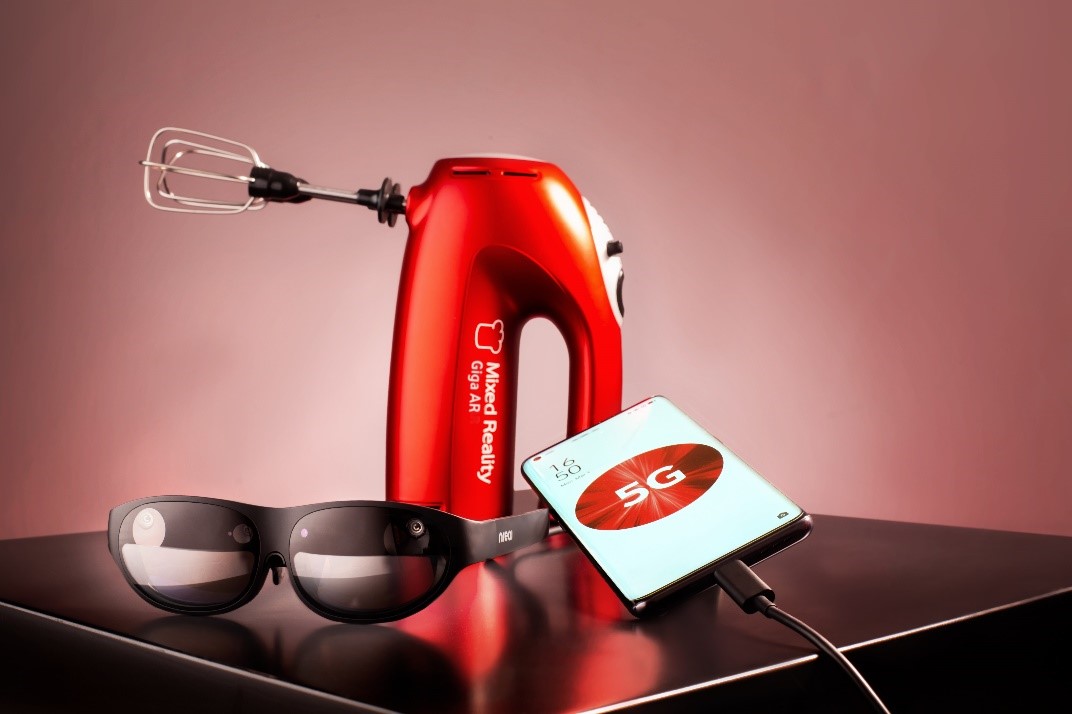 Hannes Ametsreiter, CEO of Vodafone Germany, said: ‘’Today, we are taking the next step in augmented reality – and showing what the technology can do. Together with Nreal, Steffen Henssler and Kitchen Stories, we are creating the first virtual cooking experience in digitally augmented reality’’.

With this offer from Vodafone, no more searching for recipes or accidentally ruining pages with food-covered hands. Instead, you can concentrate entirely on cooking with instructions and tips from a professional chef projected right in front of your eyes through the headset.

In December, Vodafone announced that it would launch Nreal light glasses to consumers and businesses across Europe. Nreal Light will launch first in Germany and Spain during Spring 2021, with other Vodafone markets to follow.

Partnership with NReal to bring AR to European Markets

The idea of augmented reality has been around for many years. However, reality has not quite matched the hype of science-fiction or movies. The problem is latency; the time difference between doing an action, for example, turning your head, and the device picking up on this and responding.

Augmented reality headsets have historically had extremely high latency meaning a significant delay in them responding to users’ actions. However, thanks to Vodafone’s low-latency 5G, this is no longer an obstacle. Actions are recognised and responded to almost instantaneously. This has opened a whole world of augmented reality possibilities.

Bringing Augmented Reality into the Kitchen

Using Giga AR is a completely new and revolutionary way of cooking. Instead of referring to recipe books, Giga AR enables users to keep their hands free allowing them to concentrate entirely on following the instructions.  Step-by-step recipes are guided by integrated Gaze control; users can choose to pause, skip or repeat just by controlling your gaze.

Users also have the option of choosing from Kitchen Stories, a digital video-based cooking platform, or they can opt for Steffen Henssler to personally accompany them in virtual form with exclusive recipes.

Vodafone Germany will be offering the Nreal Light in a bundle with the OPPO Find X3 Pro Smartphone. For a short time, this will include access to Giga AR Chef with prices starting at just 1 euro on selected RED tariffs.