Meet some of our real-life Marvellous Women

Captain Marvel, Disney’s first female-led superhero movie is about powerful women coming together to change the universe. As a global partner to Disney and ahead of the film’s international premiere on the 8th of March, Vodafone is shining a spotlight on some of the millions of women all over the world who are transforming their lives through mobile technology.

Here are just a few of the empowering stories that we have gathered from real-life female heroes. 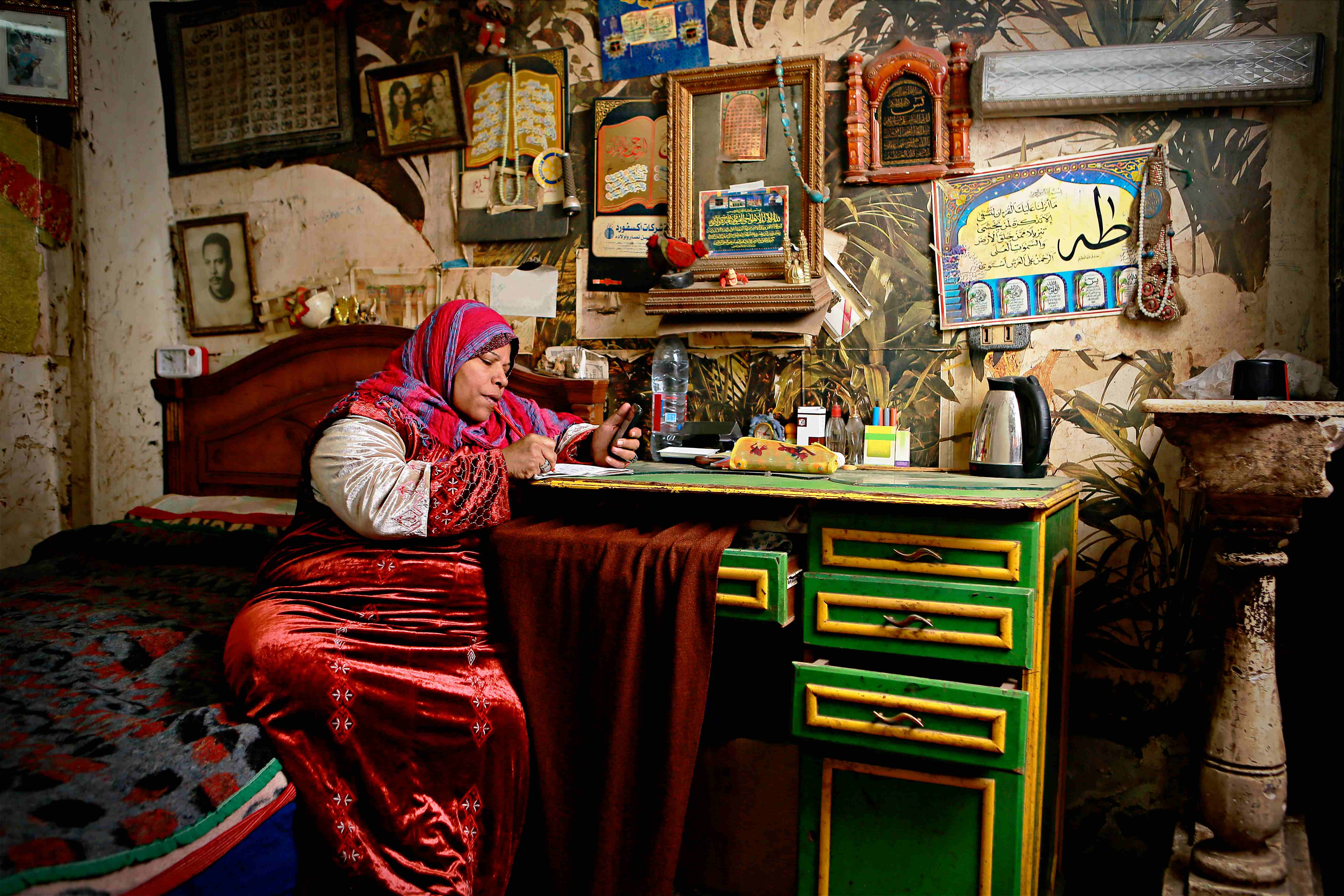 Wafaa is a mother from Egypt. She was just 12 when she got married, and was forced to sign away her rights to her husband. With little education, Wafaa was unable to read the document and so did not know what she was signing. She lost her house, her jewellery and her shop. Like Wafaa, hundreds of thousands of people in Egypt have learnt to read using a free mobile-based literacy programme delivered by the Vodafone Egypt Foundation working closely with local NGOs. The Knowledge Is Power programme has a particular focus on helping women learn to read and has so far reached around a quarter of a million women like Wafaa who missed out on education when they were younger. 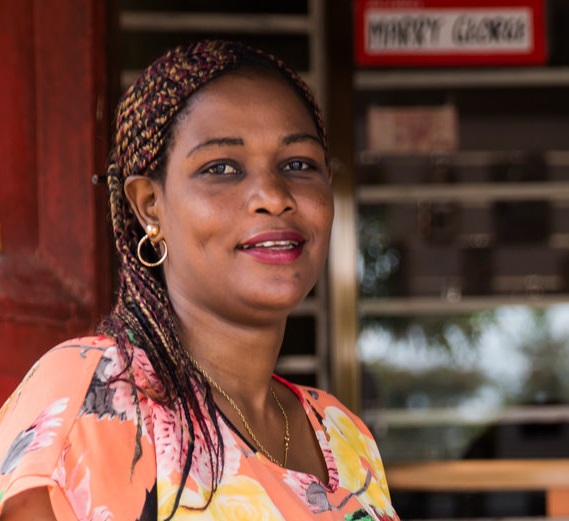 Mary is a business owner and mother in Tanzania. After becoming an M-Pesa mobile money agent, she saved up enough to start her own M-Pesa business, eventually earning enough to support her family, pay for her siblings’ education and build her own house. Mary is working hard to educate her daughters and hopes to leave them her business one day.

Consolata is a young mother in rural Tanzania. During life-threatening complications while giving birth to her twins, she used a free ambulance taxi service from the Vodafone Foundation to get to the clinic where she delivered her babies safely, and received the emergency care she needed. With only three ambulances in her region serving half a million people, the lives of Consolata and her children were at great risk without the help of the service, which she now advocates. Ambulance taxis in Tanzania have reduced maternal mortality by 27% in the area in which they operate. 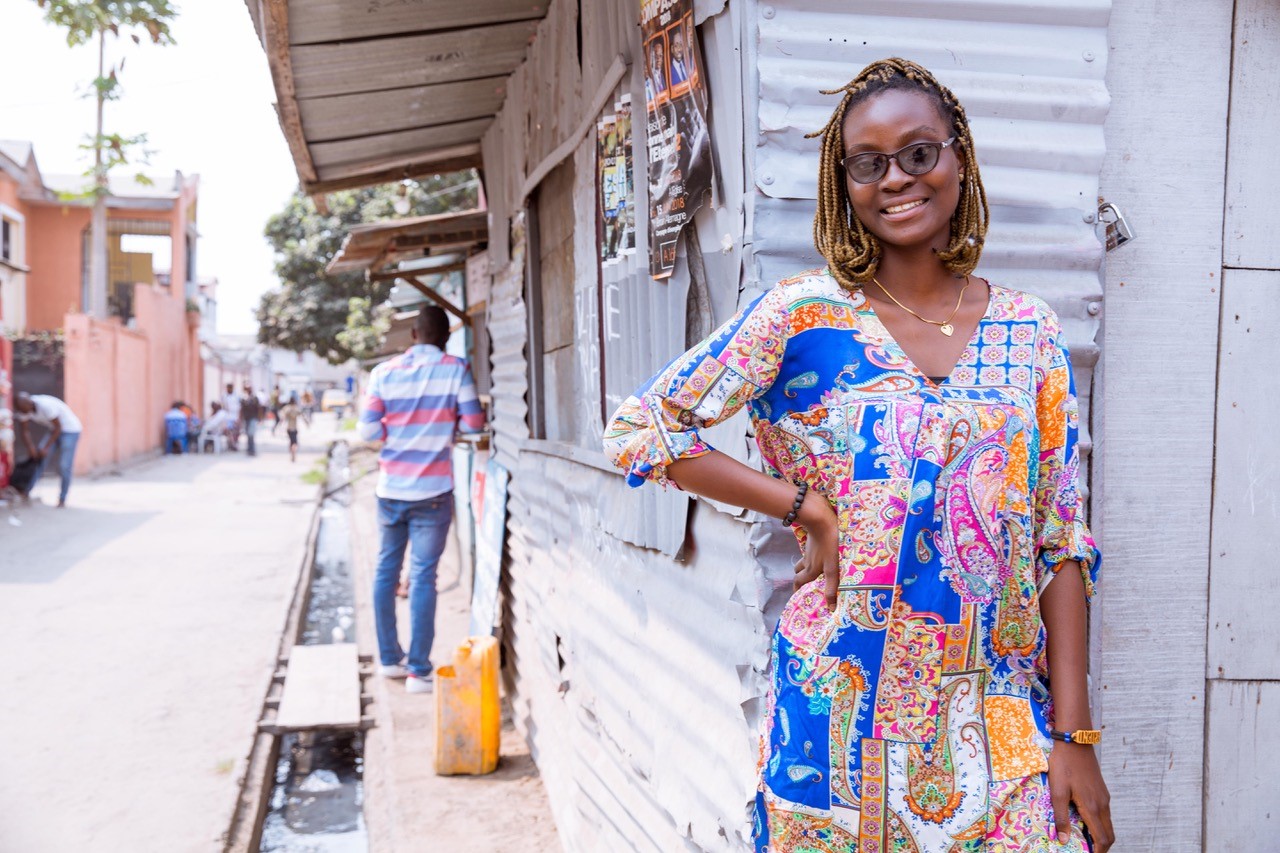 Chaïda is a student in the DRC, where only 36% of girls have a secondary-school education and just 4% of young women go to at university. As well as missing school due to political insecurity in her country and hours of commuting through ganglands, Chaida fell months behind in her final year when she was hospitalised with malaria. Determined to pass her diploma, Chaida used her mobile phone to study by accessing Instant Schools, a free to use and free to access digital learning programme from the Vodafone Foundation. Chaida not only passed her diploma, but she did better in her exams than friends who had used traditional book learning. She is now studying to be a doctor.  Instant Schools from the Vodafone Foundation is now helping more than 675,000 young people like Chaida to access a quality education through mobile technology. 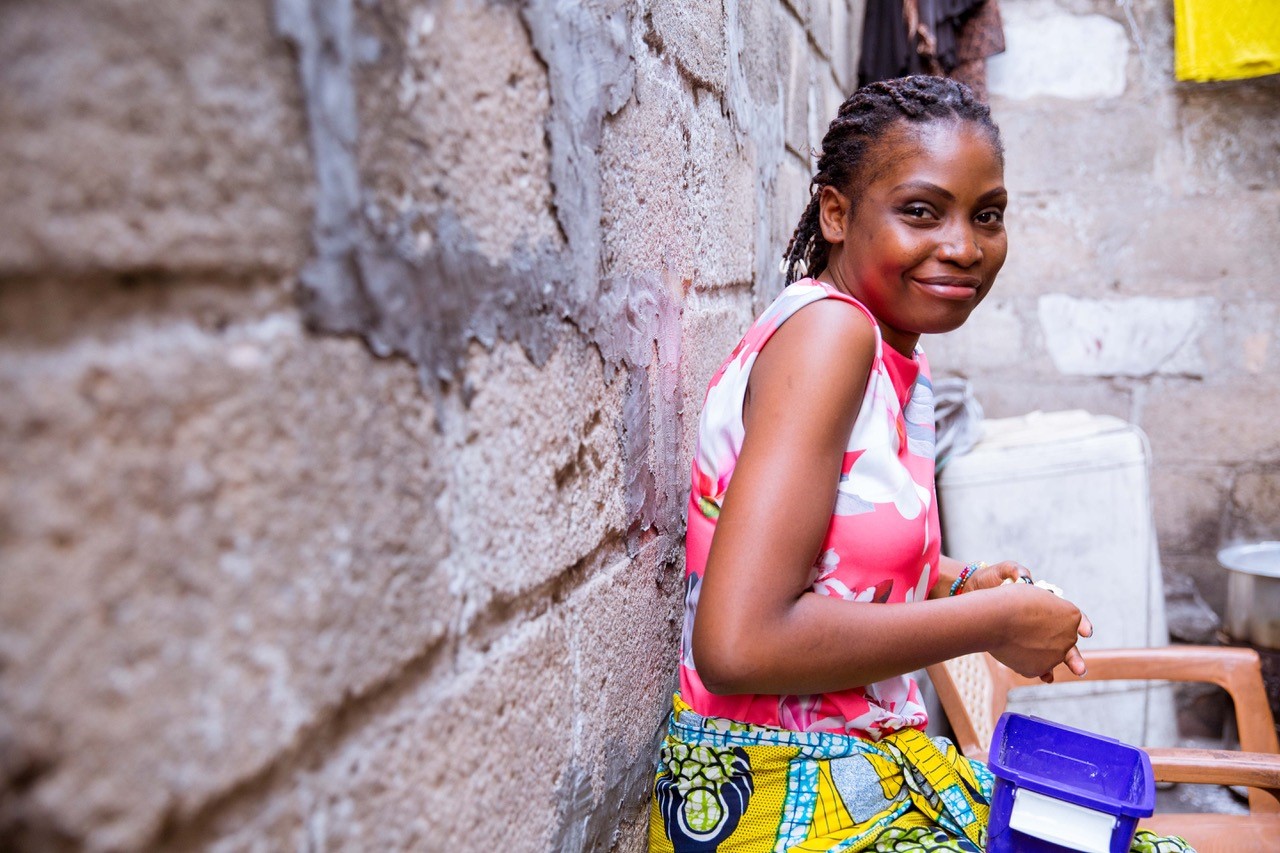 Milca is a woman in her twenties in the DRC, who was kept back at senior school for several years because she was unable to pass her diploma. Rather than give up, she used Instant Schools from the Vodafone Foundation to understand classes where she had been struggling. Milca finally passed her exams and graduated in 2018, winning the place at Kinshasa University that she always dreamed of. Instant Schools is part of the Vodafone Foundation’s commitment to help five million school-aged children access a free digital education in Sub- Saharan Africa by 2025. 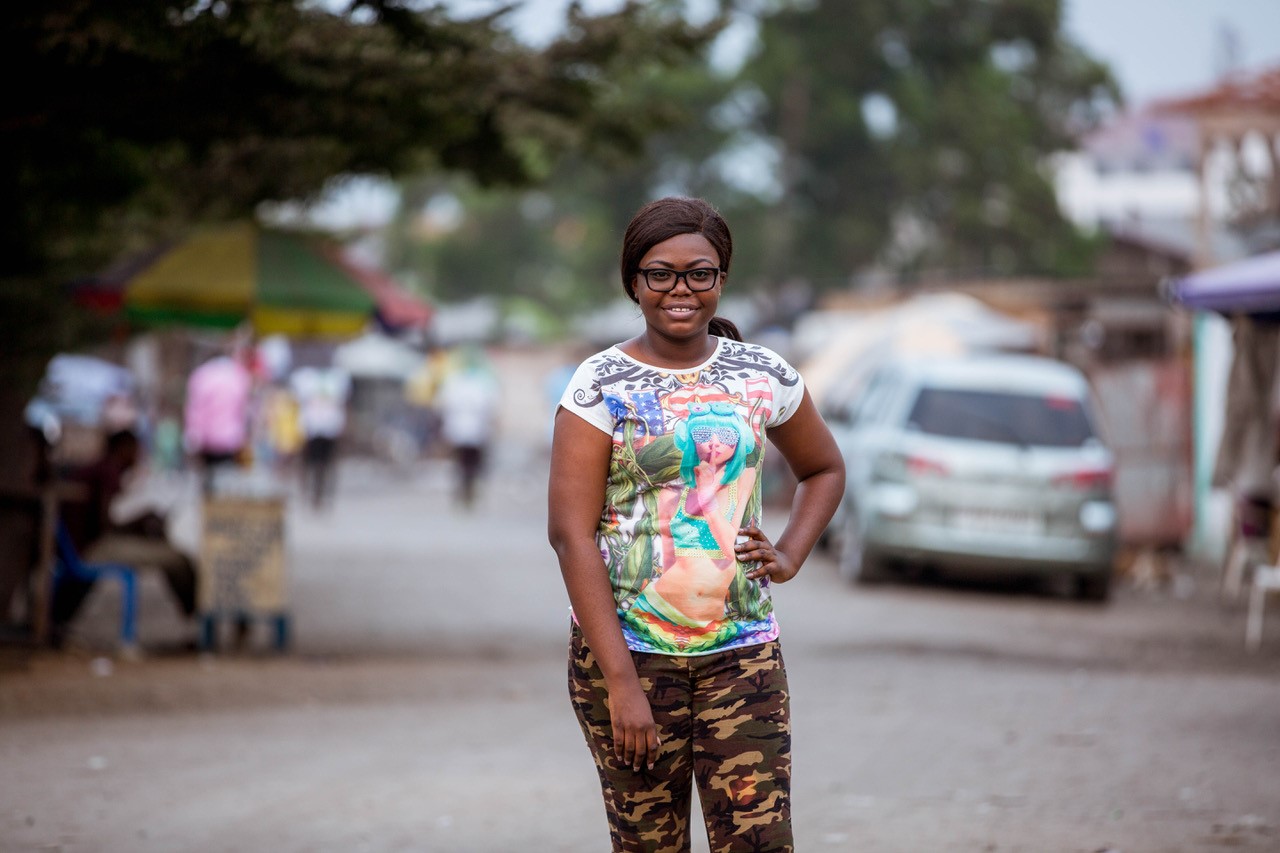 Precidie is an economics student in the DRC who, like many students all over the world, had difficulties with traditional book learning. Precidie turned to the Vodafone Foundation’s free Instant Schools digital learning platform to makes sure she understood lessons she had been confused by in class. Precidie says that the programme was vital in helping her gain a place at university. 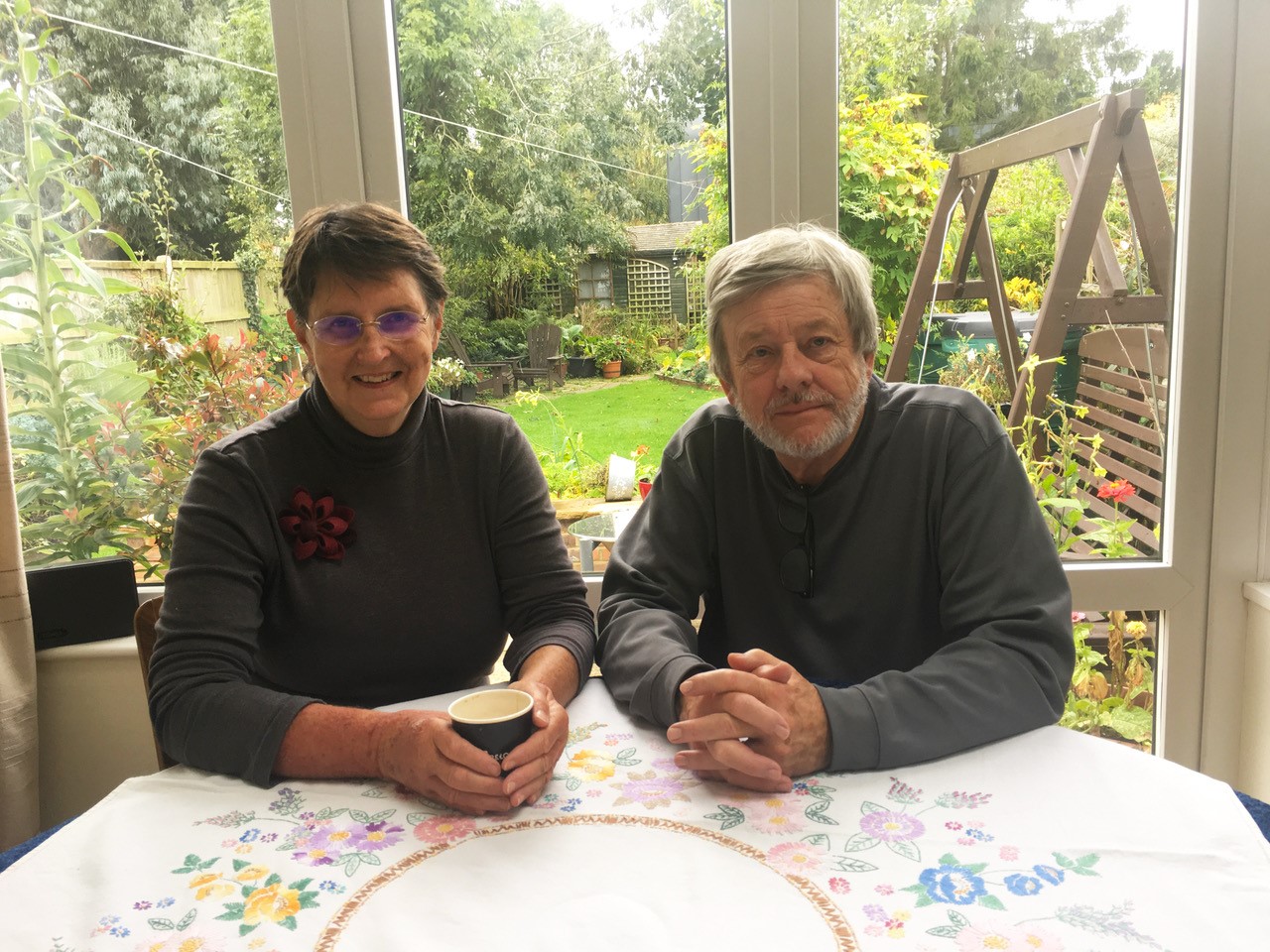 Judy is a retired end-of-life nurse and self-confessed technophobe from Watford. Judy has been getting generations of her family more active in nature and helping her husband - whose back pain severely restricts his movement - to become involved in their allotment once again. Surprisingly, Judy’s solution has been to install a V-Camera 4G by Vodafone into her allotment with the help of her grandchildren. All of them now take part in growing produce, either virtually or together with Judy. In the 18 months since mounting the camera in a scarecrow, Judy and her husband have seen the allotment thrive and their family’s relationship bloom. 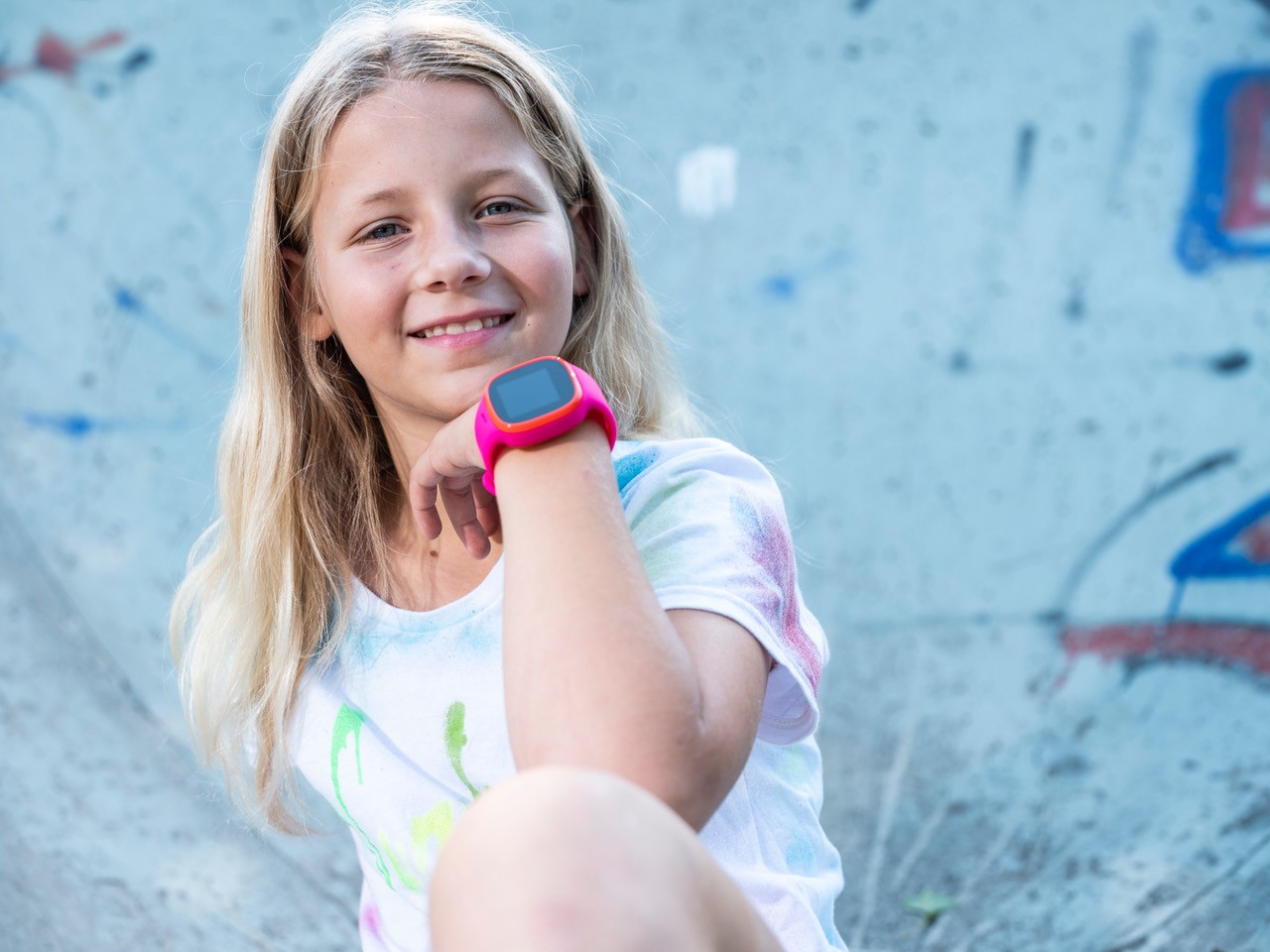 Xenia is a rising skateboarding star from Germany, who competes in tournaments all over Europe, training 12 hours a week to be the best in the world. She recently trialled one of the first V-Kids Watches by Vodafone designed to help children keep connected with their parents as they become more independent. Xenia’s parents accompany her on the competition circuit, and appreciate having a convenient way to stay in touch when Xenia is on a half-pipe without her phone. 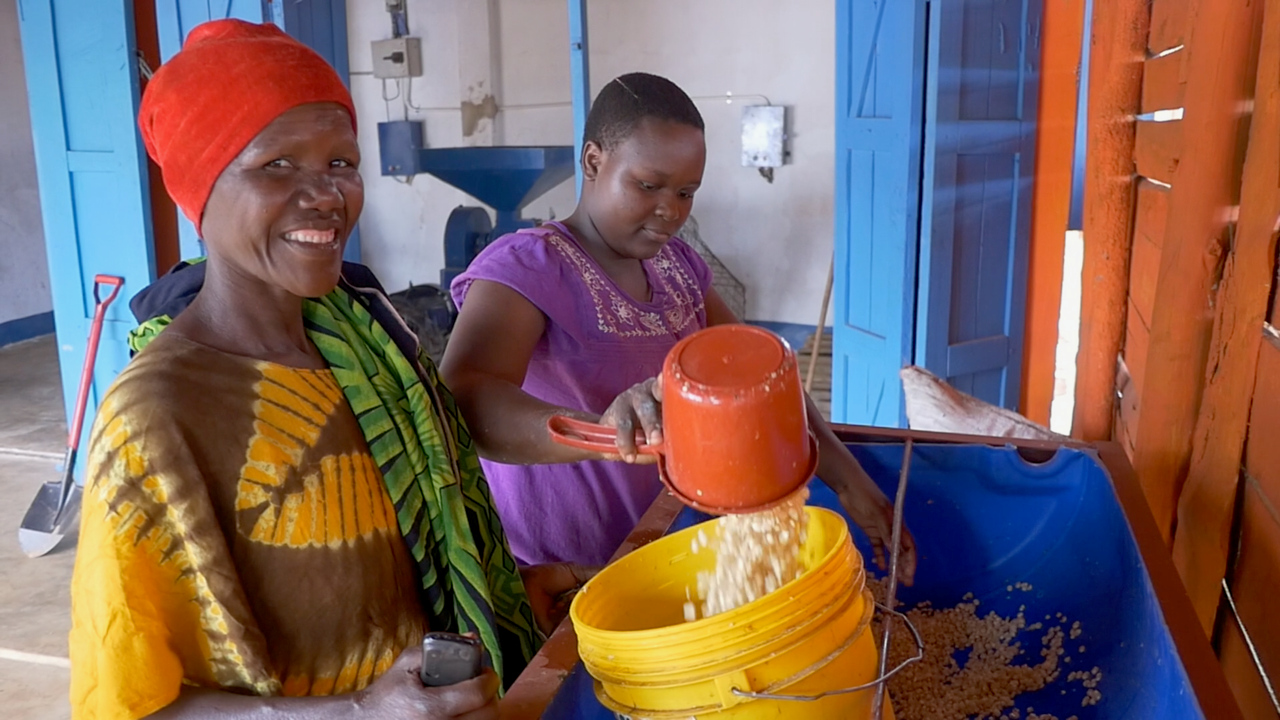 Salawi is a farmer in rural Tanzania, who was worried about her young daughter’s health. Concerned she was not able to feed her enough vitamins, Salawi started to take her maize to Mama Tunu’s mill, a local mill which adds life-saving nutrients to its flour. Salawi says her young daughter is much healthier since she has made porridge with the fortified flour from the mill, which is connected to Vodafone’s Internet of Things network to successfully manage its production process. 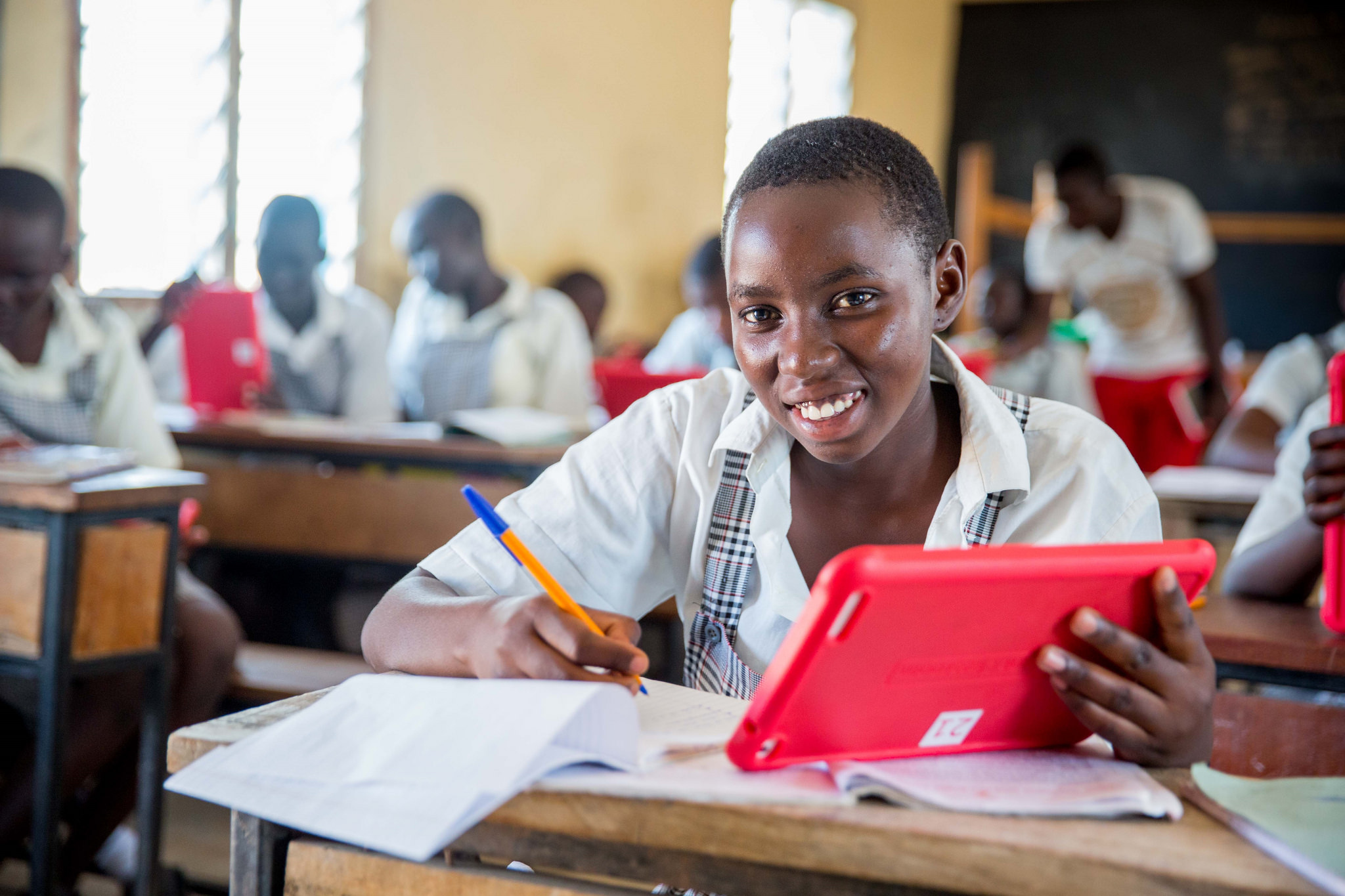 Sasha is a schoolgirl in a refugee camp in Kenya, who escaped an arranged marriage in Burundi to fight for her right to an education. Sasha uses Instant Network Schools, a free tablet-based learning programme from the Vodafone Foundation in the camp to gain an education. Sasha is one of 50,000 refugees every month benefitting from Instant Network Schools. She says the school has saved her life, and she is building her future life. 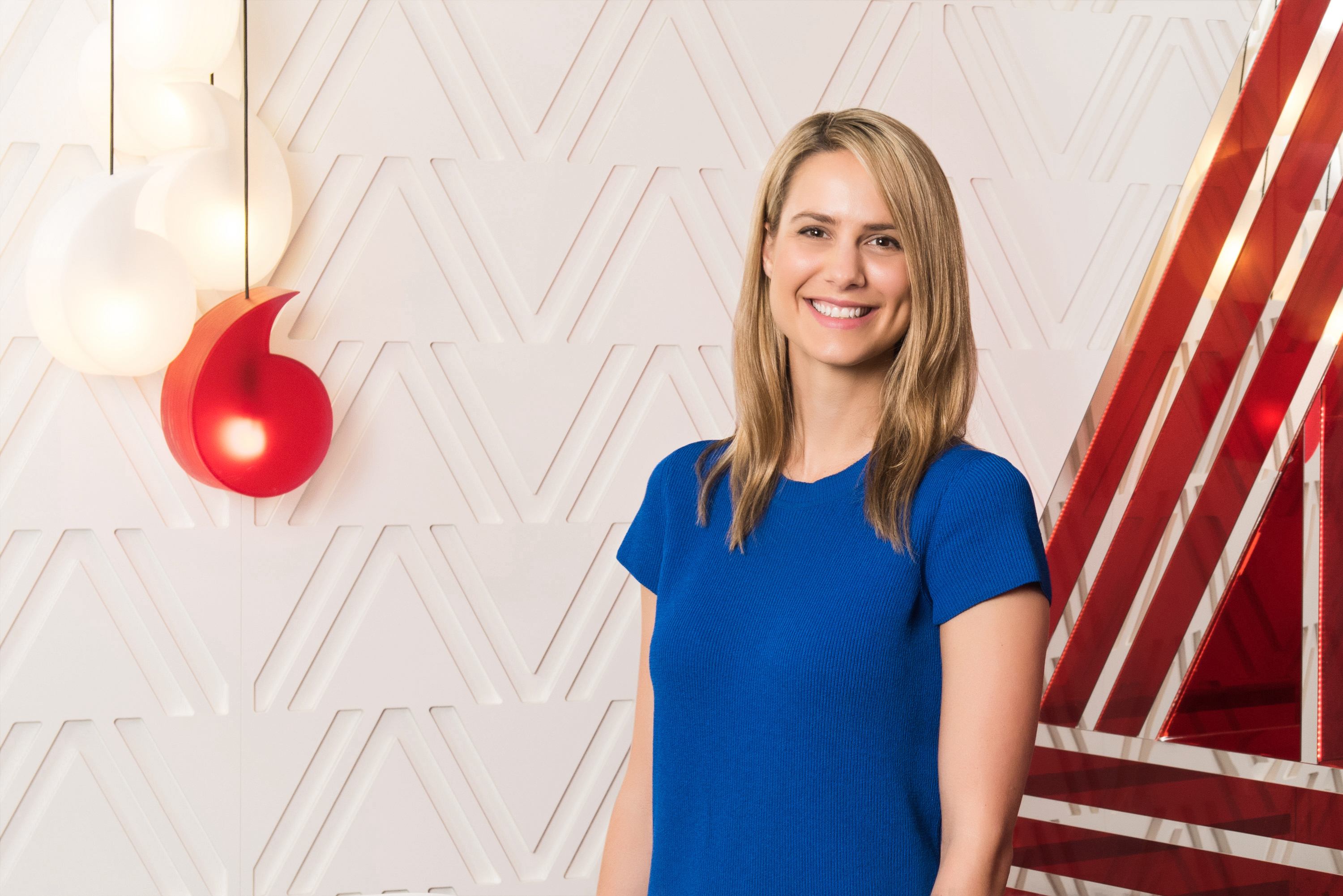 Alyssa works at the intersection of medicine and mobile technology in Australia. She helps to provide technological solutions including DreamLab, a free app from the Vodafone Foundation, that harnesses the power of mobile to speed up vital cancer research overnight, while mobile users who download the app are asleep. 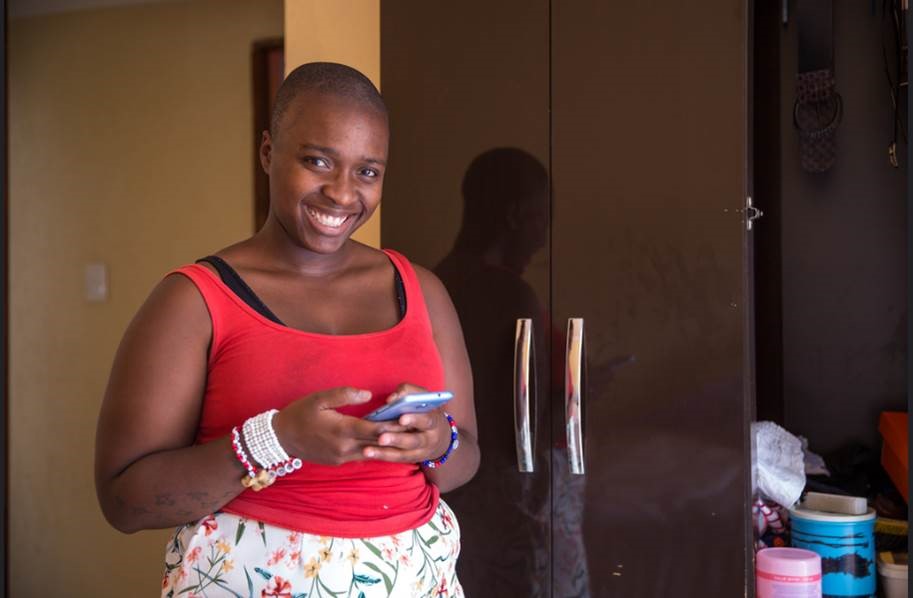 Hlengiwe Ximba is a mother from Soweto, Gauteng, who subscribed to Vodacom’s Mum & Baby service when her baby was 3 months old. Her child is now a healthy 2 years old and Hlengiwe has indicated that the Mum & Baby service has been there to support her every step of the way as she journeys through motherhood for the first time. Hlengiwe says: “Being a mother is a challenge and is also scary because you don’t even know whether what you’re doing is right. Sometimes being a first time mother, you feel that getting information from this person and that person, it becomes too much and you don’t even know what to believe anymore. Mum & Baby has changed my approach to parenting.” 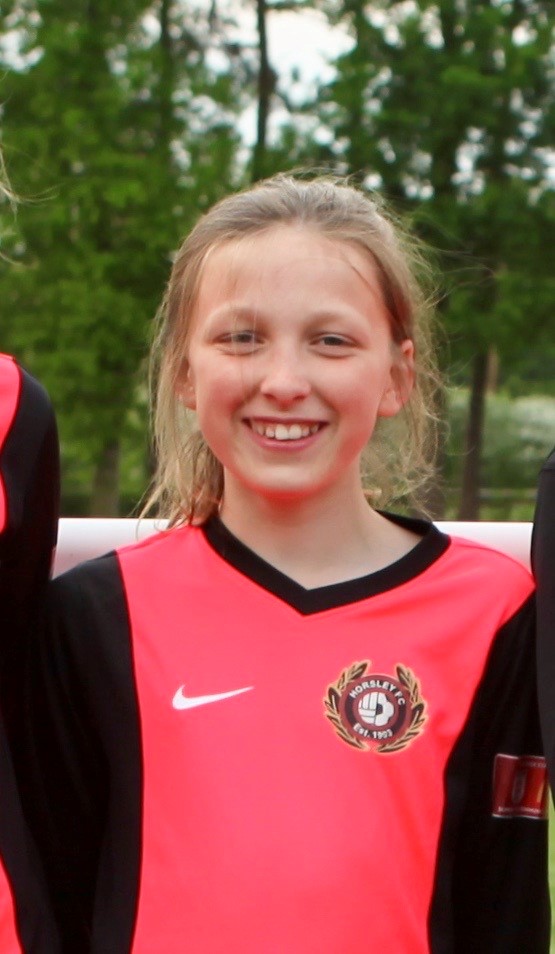 Iris is a young football fan from the UK, who took part in the UK’s first live holographic call. Using Vodafone’s 5G technology, Iris interacted with her idol, England women’s football captain Steph Houghton in front of a live audience in Newbury.