It’s on the house: Will 5G make your home smarter?

Networked cameras can speed images of unexpected people in your garden straight to your smartphone.

Smart GPS devices like Vodafone’s V-Pet Tracker and V-Kids Watch will tell you the locations of both Tiddles and your toddler.

Connected homes are on their way to us, fast.

More than a third of houses with broadband, 36%, own at least one remotely internet-connected device.

Smart speakers, like Amazon’s Alexa and Google Home, currently exceed thermostats and networked cameras by three to one.

But among homes with broadband that own at least one connected device, the average has six, says California research firm Parks Associates.

Many in the smart homes industry are wondering whether 5G will be the tech to tie it all together and help accelerate innovation and adoption. 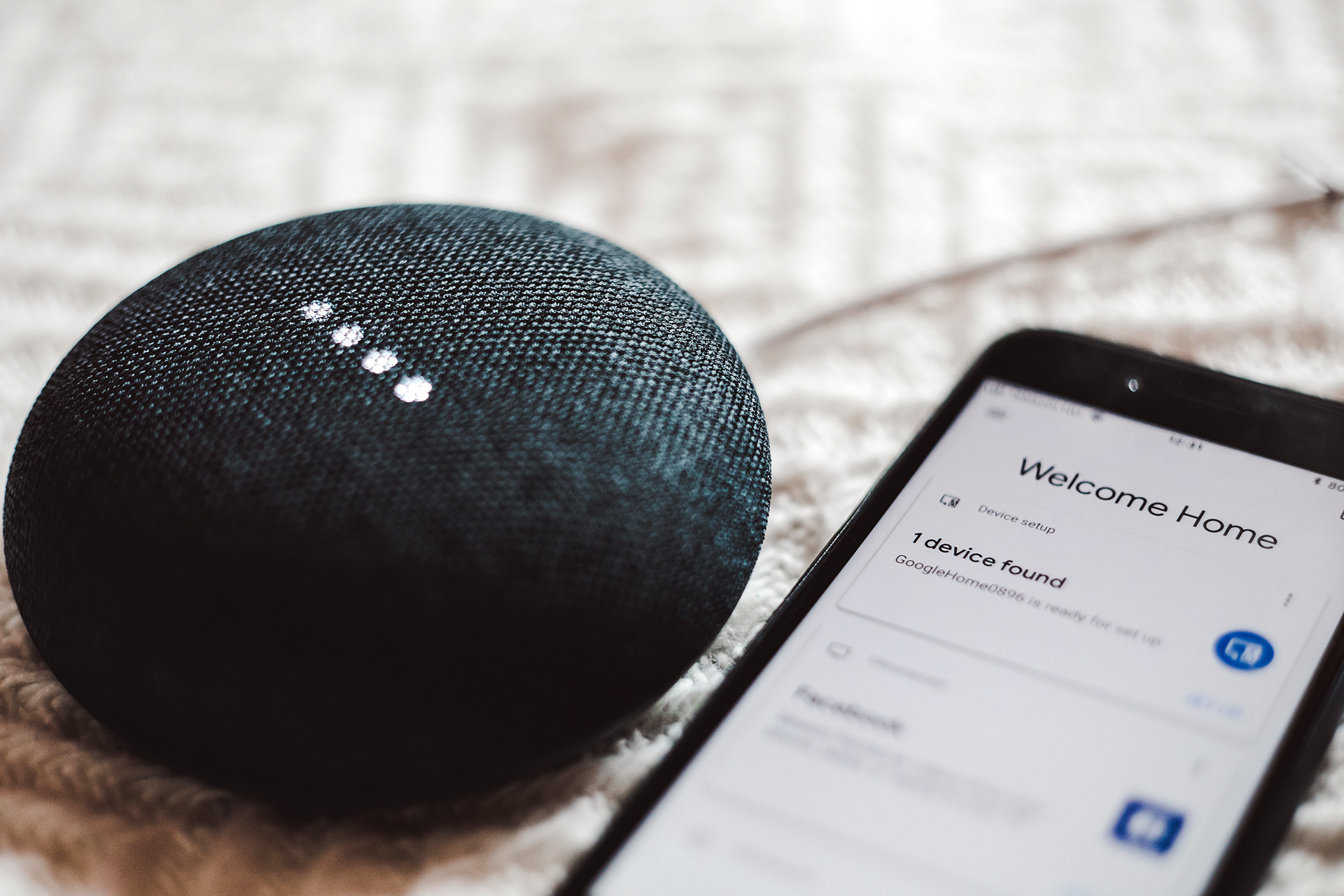 5G’s gradual rollout over the coming months “will increase the ability of new service providers to enter the connected home” says Thomas Serval, the French founder of self-care start-up CareOS.

It will do this by challenging traditional gatekeepers like Amazon, Apple, and Google, he says.

Why should you get online through a tech giant’s proprietary smart-home platform — or even your home’s wifi network – if instead you can access 5G directly out of the box?

And 5G offers low latency and the capacity for vast numbers of devices to connect straight to the 5G network, at broadband speed fast enough to download a box set in 30 seconds.

Combined, these things mean that, like smartphones and 4G did with apps, smart houses will create “an entirely new channel” for people to access computing power and the Internet, says Paul Barnes, regional managing director for App Annie, an analytics and data company focusing on mobile apps.

As a result, the average smartphone user spends three hours a day on their mobile, while the App Store is now double the size of the global box office market, says Mr Barnes.

Between 5G and smart homes, “we see the same thing happening again, on another level,” he predicts.

With 5G driving greater integration between devices, you might start seeing your smart home settings following you, as you go to work or stay overnight in an AirBnB.

And your Uber could be able to tell your home to switch on the lights, as you get to the door.

So what will it look like – as 5G starts unleashing startups to bring different bits of your home online? 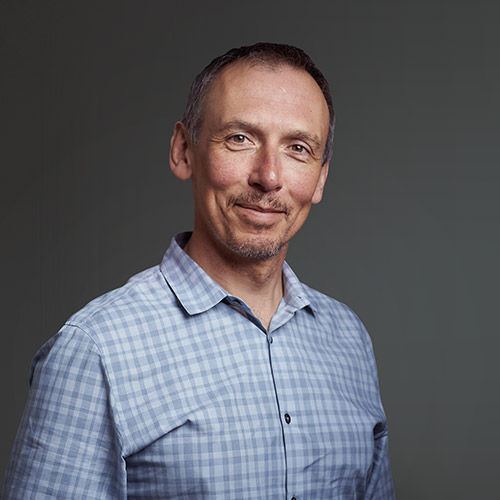 Each room has a different dynamic, says Mr Serval.

“You’ll replace your TV more often than your shower,” he says.

Some parts you replace very slowly indeed.  While you buy a new car on average every five to seven years, you’ll refurbish your home every 10 to 30 years.

Whereas professionally-installed devices, like air conditioning are “controlled by a mature network of companies, distributors and installers who are trying to protect their market share,” Mr Serval says.

It’s the living room, “always the most dynamic” room, where most of a home’s newest tech lives.

Here, an example is Sonos One, a high-fidelity smart speaker which links up to either Amazon’s Alexa or Google Assistant. 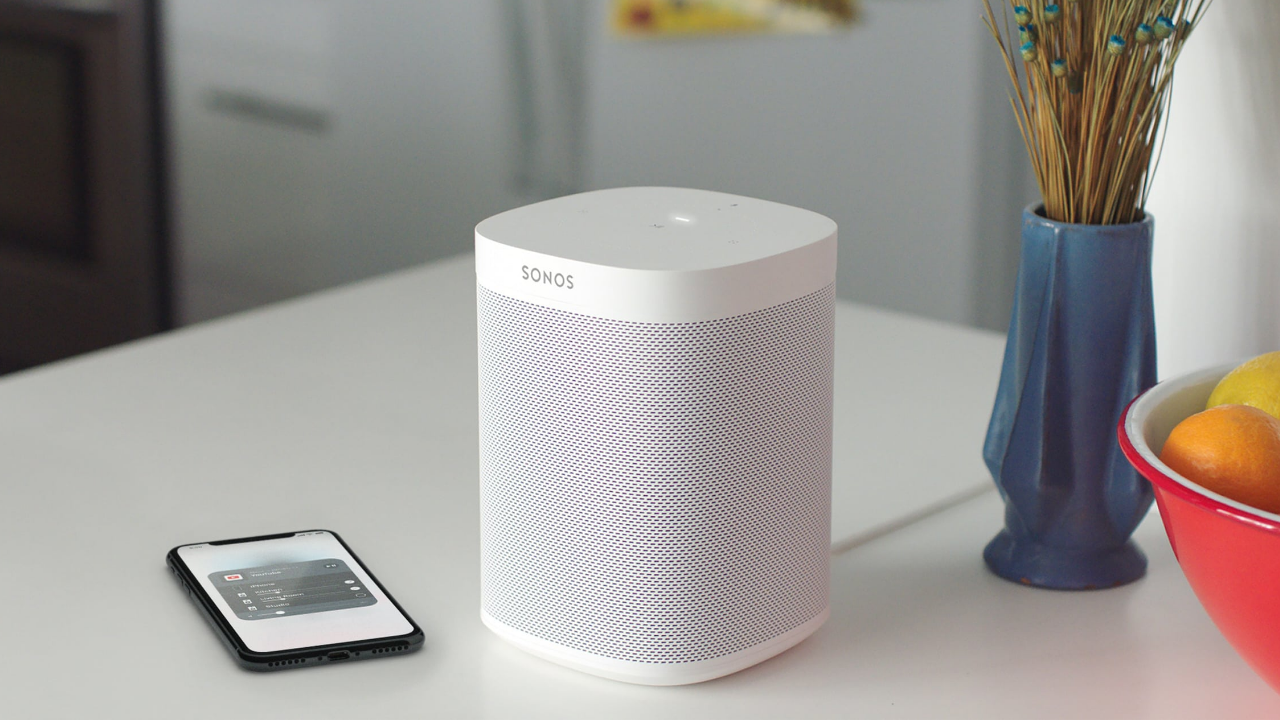 There are new smart kitchen startups like California-based Innit, which co-founder Eugenio Minvielle describes as “GPS for eating”.

The app can use cameras to check what’s in your refrigerator and give you a tailored recipe based on what’s there.

And it gives you cooking instructions by voice, leaving both your hands free to knead or chop.

Then if you need help with that kneading, it can play how-to videos for each step.

Small, nimble startups have led the way in connecting the kitchen – like the recipe app Yumly, which Whirlpool bought, or cooking-help app SideChef, with which Electrolux has partnered.

And Dublin-based Drop paired up with GE and Bosch, to adjust ovens’ cook times, temperature, and humidity levels.

Where 5G could lead the way is cutting through all the different platforms and ecosystems each of these smart kitchen platforms run on.

So for now, where Whirlpool has connected its appliances to Alexa, and Drop connects through Bluetooth Low Energy, 5G might soon offer a single way to hook all of them straight up to the Internet. 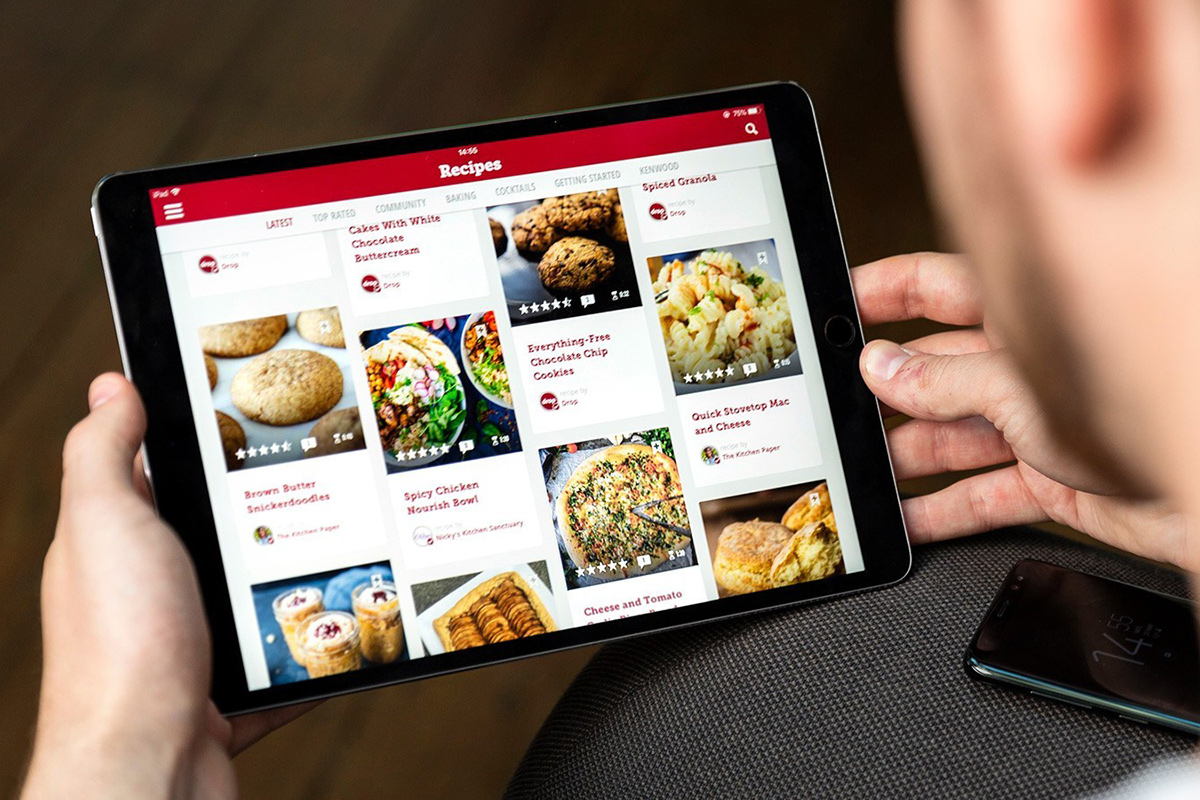 Meanwhile, startups busy at work building smart tech for the bathroom are working on ways to make top use of the time you spend groggily gazing in the mirror.

With a sly camera in the mirror, he says, CareOS’s AI will be able to give you instant feedback on what you’re doing.

Whether that’s your flossing technique, your mascara, or something on your neck you might like to get a doctor to look at.

AI in the hygiene space can help spot “serious concerns and problems around disease and disability prevention,” he says, and “help us feel better and perhaps healthier longer.”

5G will help integrate norms and standards between tech platforms and countries, he says.

“The only viable solutions are standards and platforms that integrate the sometimes non-cooperative power players,” says Mr Serval. 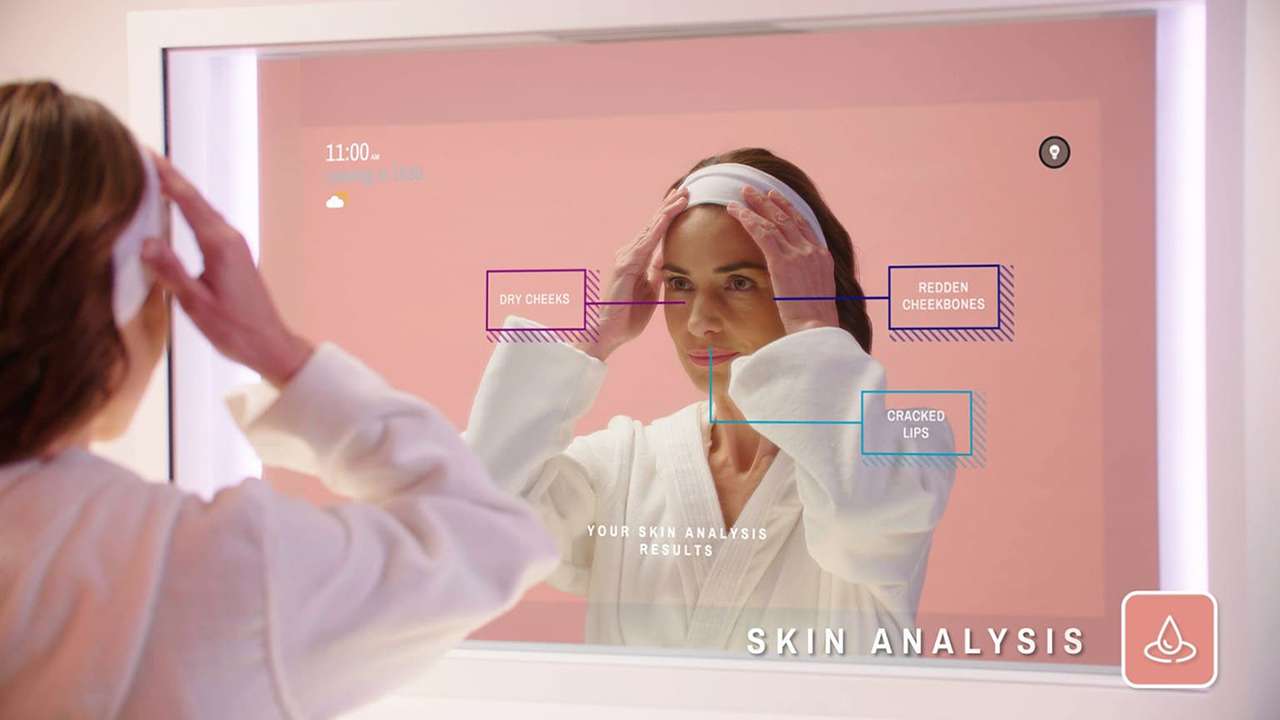 Security systems are one area where the advantages of 5G’s low latency and reliability come into their own.

If someone unexpected is rustling around in your back garden at night, with quick work, a smart security system can flash the lights on, snap a photograph, and send it straight to your smartphone.

If it’s an intruder, you can call police.  But if it’s someone who’s locked out, you can let them in faster.

Its chief executive, Robin Knox, started it when he discovered the hard way, on his honeymoon, his home security system could send him a live video stream of his house being burgled.

But not do anything to prevent it.

His startup has been working on machine learning algorithms, to tell intruders from harmless visitors based on things like facial expressions and gait analysis.

Another is the V-Home Safety Starter Kit, which Vodafone developed with Samsung, and comes with a smart camera, a multipurpose sensor, and a siren.

If you don’t respond to an app alert, a V-Home support team will ring you and your nominated contacts.

But high-resolution smart security cameras gobble up bandwidth, to send large images and streams to AI algorithms and to your smartphone. 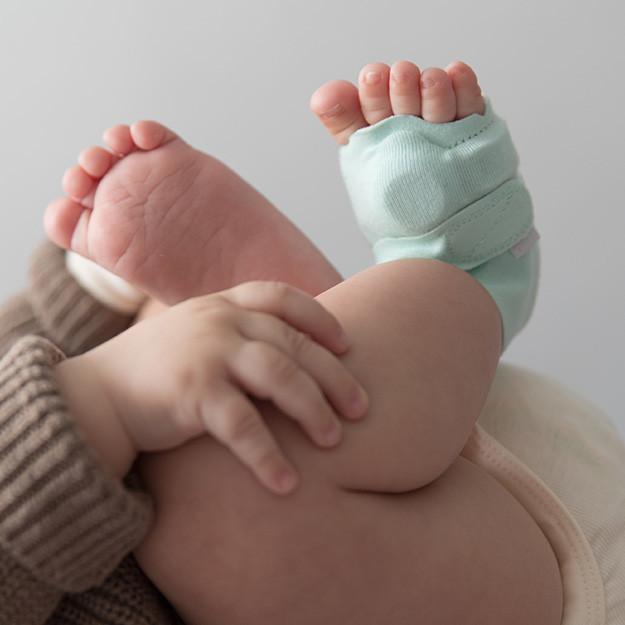 And smart bedrooms aren’t far behind, either. Including for the smallest sleepers.

Startups here include New York-based Owlet, which launched internationally in 2017, and uses a smart sock to track a baby’s heart rate and oxygen levels.

Or San Diego-based Pzizz, an app which plays soundscapes which it has tested in clinical research, and found to help you get to sleep.

Its chief executive, Rockwell Shah, created the company when he had trouble sleeping.

Connected homes are getting closer for all of us.

30% of people plan to purchase a smart device for their home in the next two years, says Price Waterhouse – more than double the 14% in 2016.

And with its advantages in speed, capacity, and latency, and by cutting through the morass of competing proprietary platforms to hook devices directly up to the Internet, 5G stands to help startups get there faster.