An update on Vodafone's networks 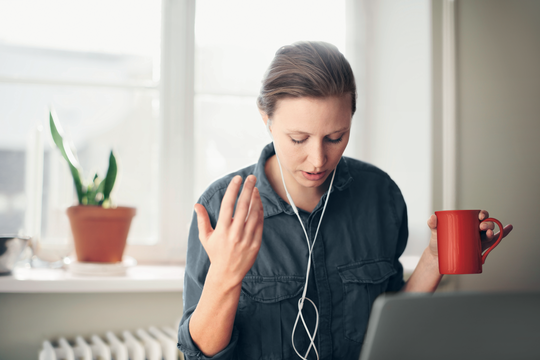 Vodafone is committed to maintain the quality of service provided by our European networks during the COVID-19 outbreak. I want to update you on how we are delivering on this important commitment, especially in light of the fact that we have seen six months of forecast demand growth emerge in just these last four weeks as more and more countries have adopted self-distancing or even lock down measures under state of emergency

Around a fifth of the world’s internet traffic travels across Vodafone networks. Ensuring quick and reliable access to the internet at such scale is no small task even in the best of times. Doing it, as we have managed to date, with our technology teams now working from just a few thousand households, requires a significant effort. My thanks go to our all colleagues who have made this possible in extraordinarily challenging times.

Overall, mobile data usage has increased around 15% across Europe in recent weeks, peaking at 30%  in Spain and Italy There are still large differences between countries, such as Germany and the UK for example where it has stayed broadly unchanged. Most of this growth is a result of the realities for all citizens and companies, but a smaller part has been caused by our own initiatives to offer unlimited data, at zero cost, to groups like vulnerable customers and NHS employees (UK) students and the department for civil protection (Italy) and workers and entrepreneurs moving their offices to home (Italy and Spain).

Fixed broadband usage meanwhile has increased by more than 50% in Italy and Spain alone, two of the first European countries to introduce containment policies. More video conferencing over fixed broadband, as customers work from home to an unprecedented degree, has increased upstream data flows (from the customer to our network) by as much as 100% in some markets. Downstream traffic has also increased by 44% in aggregate. The higher growth in upstream traffic is more manageable because of the way our network is designed and because video conferencing requires lower bandwidth than downstream services like streaming TV or film.

The red line shows the upstream traffic on one of Vodafone’s European fixed broadband networks before the impact of working from home and social distancing measures. The other two lines are for the two subsequent weeks after that change.

We design telecom networks to support peak usage times, which is usually in the evening, so the most challenging trend that we must manage is customers confined to their homes and moving their social lives online.

It has been great to see people keeping their spirits up by using video apps for book club meetings and pub quizzes, taking YouTube exercise classes or streaming films and theatre productions.

This has put our mobile and fixed networks under strong pressure with evening peaks for mobile increasing by 20% in countries like Italy and Spain and fixed broadband traffic by around 35% in those countries, putting them near capacity during some parts of the evening.

We have therefore brought forward planned upgrades to add four Terabits per second of additional capacity to our networks during March and April.

In addition, the step by some content providers to stream standard definition instead of HD/4K, helpfully brokered by the EU Commission, has been much welcomed to reduce the risk of peak-time congestion. Similarly, using video optimisation and traffic management tools, in line with existing regulations, has allowed us to maintain service availability for all customers and for all forms of usage.

The field engineers tirelessly carrying out that work have the added challenge of protecting their health in the current environment. We have also asked for ongoing government support when needing access to mobile sites on public buildings within cities during lockdown.

The work to increase capacity is at least somewhat faster and easier as we have completed a single digital mobile network architecture across the continent enabling us to design, build, test and roll-out new network functions much more efficiently than before.

In our cable and fibre networks we have upgraded the number and size of interconnection points with other operators and by the end of April will have increased by 60% the capacity of some streaming provider caches - which reduce core and international bandwidth consumption.

In markets like the UK, where we don’t have our own fixed broadband network, our teams are also being smart at managing the flow of voice and data traffic differently to keep customers connected.

Our customer engineers too continue to play an important role when equipment in premises needs attention. In Germany, for example, our 5,000 customer engineers, equipped with masks and gloves, have even managed to decrease repair times by around 40% due to their fearless commitment, the ability of customers to make immediate appointments and reduced travel times.

Working and schooling from home

It has been more straightforward to manage changes to daytime usage because demand has not exceeded the traffic levels we see at peak times. There have been some notable shifts in network load however.

Mobile voice calls have seen a real resurgence with an increase of over 40% across Europe in recent weeks, with double digit percentage increases in all Vodafone markets. In the UK for example, where we have made it free to call medical advice line NHS 111, that has moved more calls onto the mobile network that might have been made on landlines or work desk phones in the recent past.

We also supported the NHS 111 contact centre directly, doubling capacity from 1,200 concurrent calls to 2,400 after we saw call volumes peak at 1,100 at the start of the crisis in the UK.

The increase in voice calls has put pressure mostly on the local interconnections with other operators, which we are addressing through aggressive expansion plans.

The location of early morning and late afternoon commuter calls has of course migrated to customer homes.

Much of this commuter call traffic has also shifted to home Wi-Fi (although it adds little to the network load) or over communication apps (like WhatsApp), usage of which has increased by up to five times in some countries. Instant messaging usage is also at 1.5 times normal levels across Europe.

Many people are also using video conferencing applications both for work and school (and of course socially).

Vodafone employees alone, for example, are hosting 40,000 virtual video meetings over 6 million minutes every single day thanks to a rapid expansion of capacity to all of the digital tools we use.

Additionally, we are supporting Vodafone Business customers to digitalise their own companies rapidly. We have enabled as many as 2.5 million employees to work from home, many for the first time.

Here for the long haul

The telecom industry has an important part to play in beating this terrible disease, by enabling Europeans to stay home, work and learn remotely, and stay safe for an extended period. I’m pleased with the level of collaboration and commitment from across Vodafone, our industry and our government partners, to work together during this time and keep customers online.

So far our European networks have managed well during this crisis, which in itself is a significant achievement given usage growth. But we recognise that the pandemic is ongoing, with no fixed end, and so we will not be complacent in the months ahead.