We have recently become the first company in the world to show how mobile technology can be used to prevent drones interfering with controlled/high security areas, crime scenes, major incidents and events in future.

Drones are expected to boost the European economy as part of future digital societies, spending seven times more hours flying in the skies above our heads by 2050 than aircraft as they undertake deliveries, inspections and even act as short-range transport.[1]

Like aircraft, drone flying will need to be carefully regulated to ensure that they are not flying where they shouldn’t. 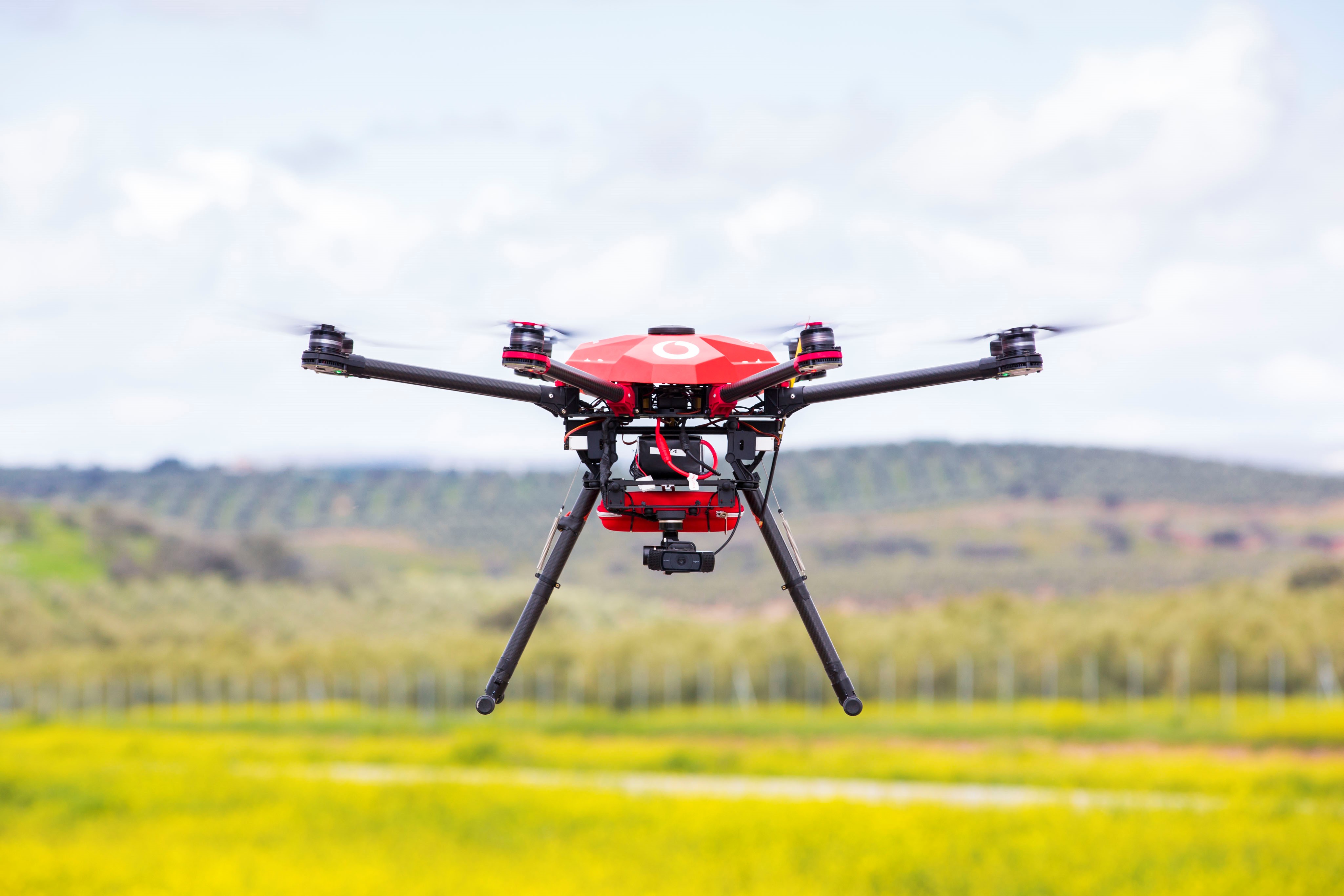 In earlier trials in Germany using the Vodafone Radio Positioning System (RPS), the world’s first internet of things drone tracking and safety technology, we established that the mobile network can be used to track a drone’s position when it is flying beyond-line-of site as a secure - and harder to spoof or hack - alternative alongside GPS.

Since then there has, rightly, been a lot of focus on how to protect permanent no fly zones like airports from drone attacks following a number of incidents in the UK last Christmas.

Looking forward it will also be important that emergency services and other authorities are able to establish temporary, or dynamic, no fly zones, for example to make sure that only police drones can fly around a major crime scene.

This is possible by establishing airspace geo-fences: a virtual barrier or perimeter in a real-world geographical area.

Drones can also be ‘fenced in’ on a particular mission, when they are inspecting power lines for example.

Many drones will have a memory of no fly zones but these tend to be drawn from offline static databases. With temporary geo-fences an offline database is simply not good enough.

Authorities need the ability to tell drones already in flight that they must divert their course, for example to avoid extreme weather conditions, which they can do through mobile communications.

In a recent trial we were able to demonstrate that a geo-fence can be generated and erased dynamically, using RPS to identify when a drone has entered the area.

A team of Vodafone engineers based in London were able to create a geo-fence in Spain and could interact with any number of drones flying within the area.

All of the drones were connected to our mobile network by an inbuilt SIM card.

We believe that this will be an important part of making drones safe to use on long-distance flights as it will ensure that they are resilient to any hacking attempts and can communicate with trusted authorities using strong end-to-end encrypted over-the-air messages. 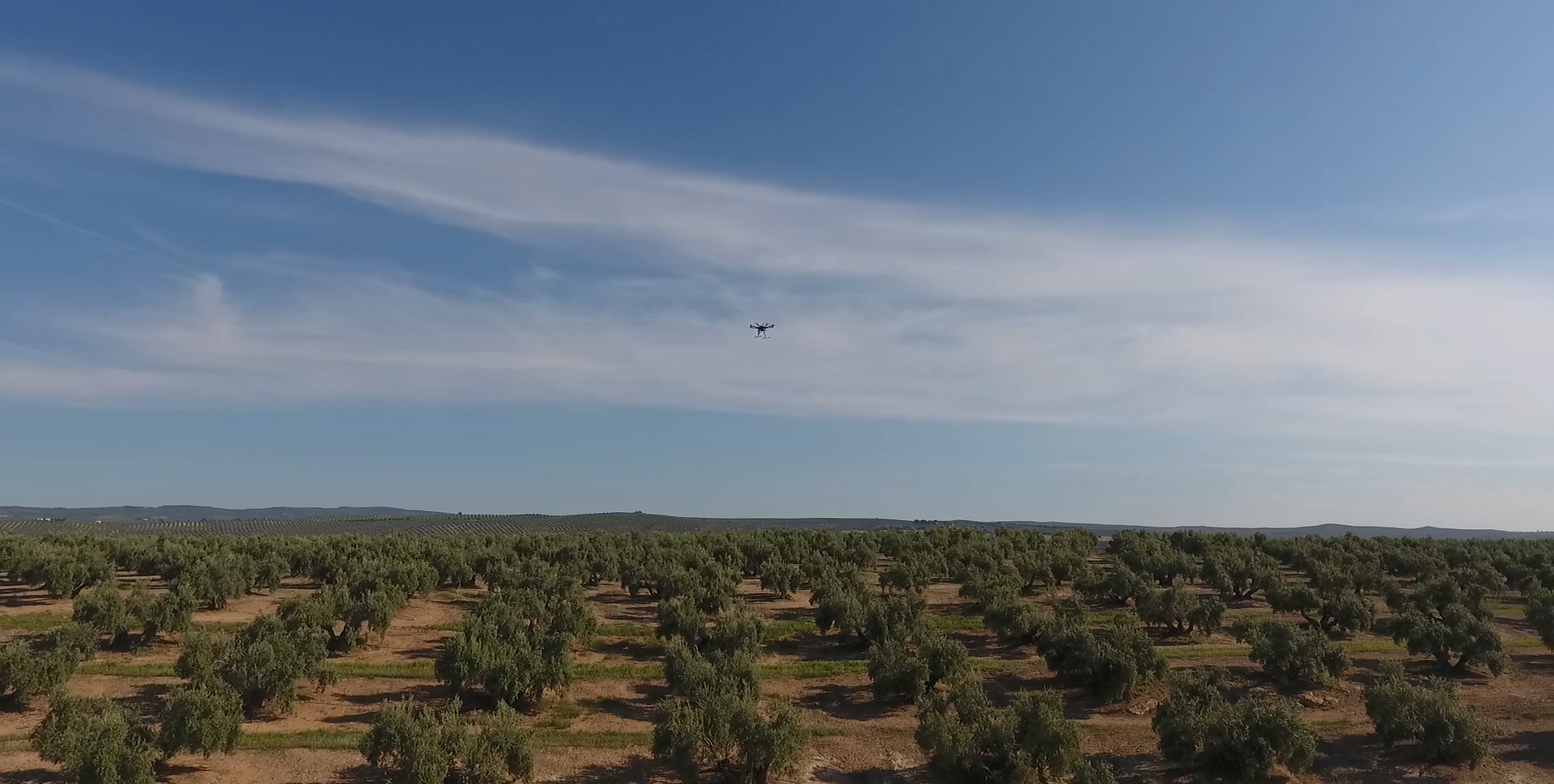 A drone flies over the Jaen countryside. Picture credit: Vodafone

We created a fully automated three ring exclusion zone process for the trial:

You can see the trial here:

It is easy to imagine this Vodafone technology in future being used to ensure that police drones can safely search an area without the risk of crashing into other drones.

Any mobile operator will be able to adopt this technology because we have placed our RPS research and associated intellectual property in the public domain with no licensing fees for re-use in order to accelerate the pace of drone safety and geolocation innovation worldwide.

Our drone trials support the objectives of the European Aviation Safety Agency (EASA), which is currently developing new pan-European rules to regulate the operation of drones.

This technology could be available as soon as eight months after authorities implement rules for drone no-fly zones, allowing for a SIM card based approach, which would hasten an industry of drones flying beyond-visual-line-of-sight that could be worth €15 billion annually to the European economy by 2050, with over 100,000 new jobs created.[2]

Victor Fernandez joined Vodafone in 2010. Within the Technology Networks Centre of Excellence he is responsible for developing innovative ideas including network connected drones.

Eimantas Puscius, is studying on Vodafone’s graduate programme where he will work across a number of projects and teams across the organisation.