M-Pesa: the story of how it was created in Kenya

On the 10th anniversary of M-Pesa, Michael Joseph, Vodafone Group’s Director of Mobile Money, reflects on the technical development and subsequent impact of the world’s leading mobile money service.

In the mid-2000s, I was CEO of Safaricom, Vodafone’s Associate in Kenya, and encouraged a small team of people to focus on building innovative products for our customers.   I asked for developments that no-one else had ever done in Kenya, that would be interesting and add value for our customers.

Vodafone became aware of the opportunity to get a grant from the Department for International Development in the UK – which was looking for companies interested in developing services to help the unbanked. So, we set about creating straightforward financial services that people could easily use from a basic feature phone.

Originally we worked on the idea of microfinance loans using mobile phones, and trialled a prototype service in Thika, north of Nairobi.  What we found in practice was that people who received the loans were sending the money to other people hundreds of miles away.  In hindsight, we had inadvertently identified one of Kenya’s biggest financial challenges.

In Kenya, and other parts of Africa, the breadwinner typically travels to urban areas for work while their family stays behind.  In order to send money to their relatives, people would travel for days to get home or give the money to a bus driver.  These people didn’t have access to financial services, and in rural areas there was little, if any, traditional banking infrastructure.  If people did use banks, the cost took a big chunk out of their wages.

So we took a chance, and re-engineered the loans system to focus squarely on transmitting money from one phone to another. We wanted to have a ‘branch’ on every street corner, so we needed to recruit a huge network of agents. Our aim was that customers would visit those agents with cash, then, through a series of SMS messages, convert that money into electronic funds that securely sat on their SIM cards.  Then, via SMS, they could transfer that money to anyone else, who would then visit their local agent and withdraw that cash again.  The transaction needed to take place in seconds and the transaction cost would need to be very low.

In March 2007, we launched M-Pesa and the rest is history! 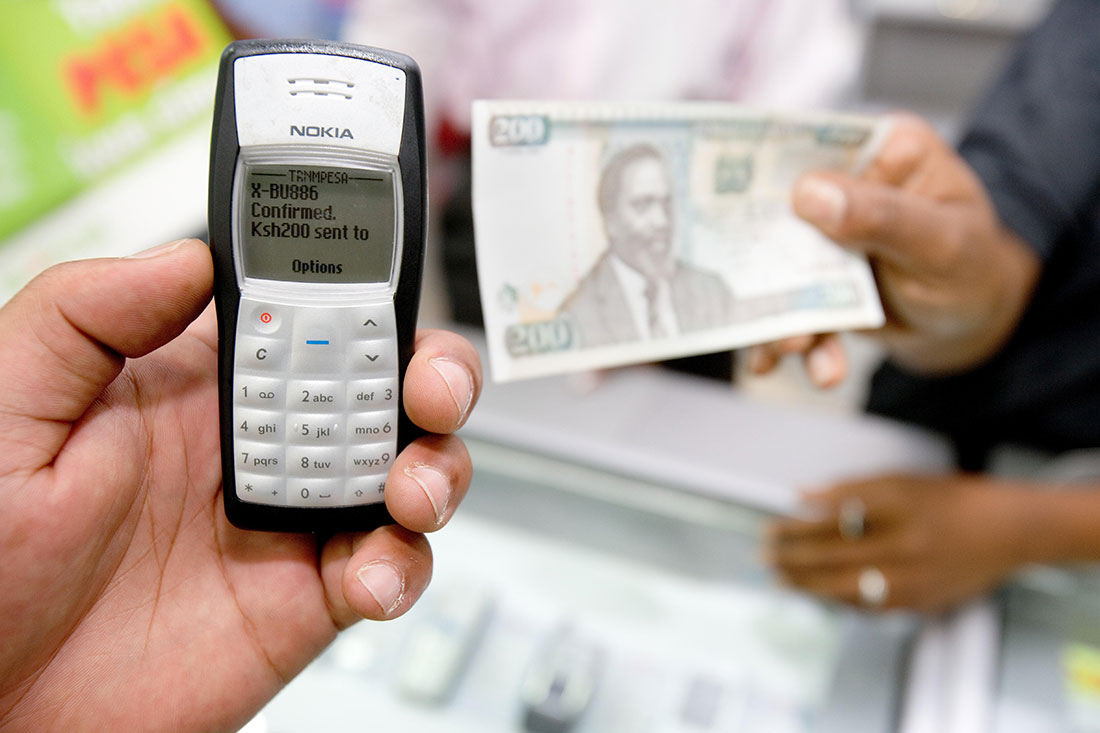 An early M-Pesa transaction from the first year of operation

Not quite.  The truth is that we weren’t initially geared up for the incredible success of M-Pesa.

The original platform was hosted in a tiny box in the corner of an office in Cambridge. There were a lot of technical challenges that we weren’t prepared for, particularly in rapidly scaling the technology to keep up with growth, the development of the market and ensuring that the service was 100% reliable, all the time. So that little box eventually grew into two sizeable data centres, one in Ratingen in Germany, and one in the UK, to provide a failsafe facility. In April 2015, we relocated to a single M-Pesa data centre in Kenya.

In the early days, we also had to encourage everyone to upgrade their SIM cards from 16 Kilobyte (KB) to 32KB, sufficient to host the M-Pesa menu.  In addition, the Kenyan Central Bank required every customer to be registered before they could use the system.

But the biggest challenge was achieving critical mass.  We needed enough people to use M-Pesa that it would become viral and self-sustaining at scale. The original business plan aimed for 350,000 customers at the end of the first year. Instead, I drove our team very hard to aim for a million customers in year one.  We invested heavily to make this happen, and worked incredibly hard to train and nurture our network of agents, many of whom were ‘mom and pop’ stores more used to selling goods than receiving and handling cash from their customers.

At the end of the first year we had achieved 1.2 million customers, and M-Pesa continued to grow rapidly over the next decade.  As M-Pesa marks its 10th anniversary, we’re serving nearly 30 million customers through 287,400 agents across 10 countries.  In the last year alone, the service processed 6 billion transactions, peaking at 529 a second in December 2016.

A recent study by the Massachusetts Institute of Technology, published in Science, confirmed that M-Pesa has had a dramatic impact on the overall economy of Kenya, lifting many households out of poverty.

Everyone aspires to do something great in their careers, but as a businessman or an engineer you rarely get an opportunity to create a product that is commercially successful and that also benefits the community in which you operate.

M-Pesa is a revolution that has empowered tens of millions of people in some of the poorest communities in the world. I and everyone at Vodafone are very proud of how M-Pesa has enhanced our customers’ daily lives. 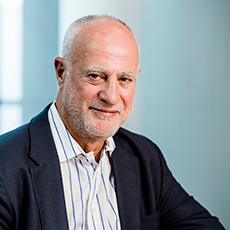 Michael Joseph is Vodafone Group’s Director of Mobile Money and is responsible for leading the strategic growth and development of M-Pesa.

Like this? Here’s what you should watch and read next: