Earth Day: How startups and the internet of things are fighting climate change

Earth day is 22 April. This year it comes as climate change is starting to bite.

Basically, if you’ve been feeling warm, it isn’t just you.

The UK’s Met Office says the world is now in the middle of its warmest decade since formal record-keeping began in 1850.

People already feel the sting. Italy’s olive harvest has dropped 57% in a year. Summer droughts and erratic rainfalls now leave that country on the brink of becoming an olive importer.

And a March cyclone flooding central Mozambique’s food basket region – one of the worst on record to affect the Southern Hemisphere – has left 1.85 million people in urgent need of humanitarian assistance for food.

To combat this, 185 countries agreed in the 2015 Paris climate conference to try to limit global warming to 1.5 degrees celsius over pre-industrial revolution levels.

It is an ambitious goal that will take all the innovation our planet can come up with.

Thankfully, the innovation has already started.

Take the internet of things (IoT) – extending internet connectivity to everyday physical objects, by placing online sensors in them to make them ‘smart’.

Sticking sensors on trucks, trees, and industrial equipment, and connecting them for the first time to the computational power in the cloud is opening up new ways to reduce emissions.

In fields as widely spread as transport, the energy sector, and deforestation.

And these, just by coincidence, happen to be three of the heaviest carbon emitting sectors on the planet.

Getting transport on track with lower emissions

Transport is the largest single source of emissions in both the US and Britain.  It accounts for a quarter of all carbon emissions in Europe.

The EU agreed in February to cut emissions from lorries and buses by 30% by 2030.

Gathering data on lorries helps drivers reduce their fuel use by “anywhere from 6.3 to 11% per mile”, says Fleet Complete’s Galina Korshunova. 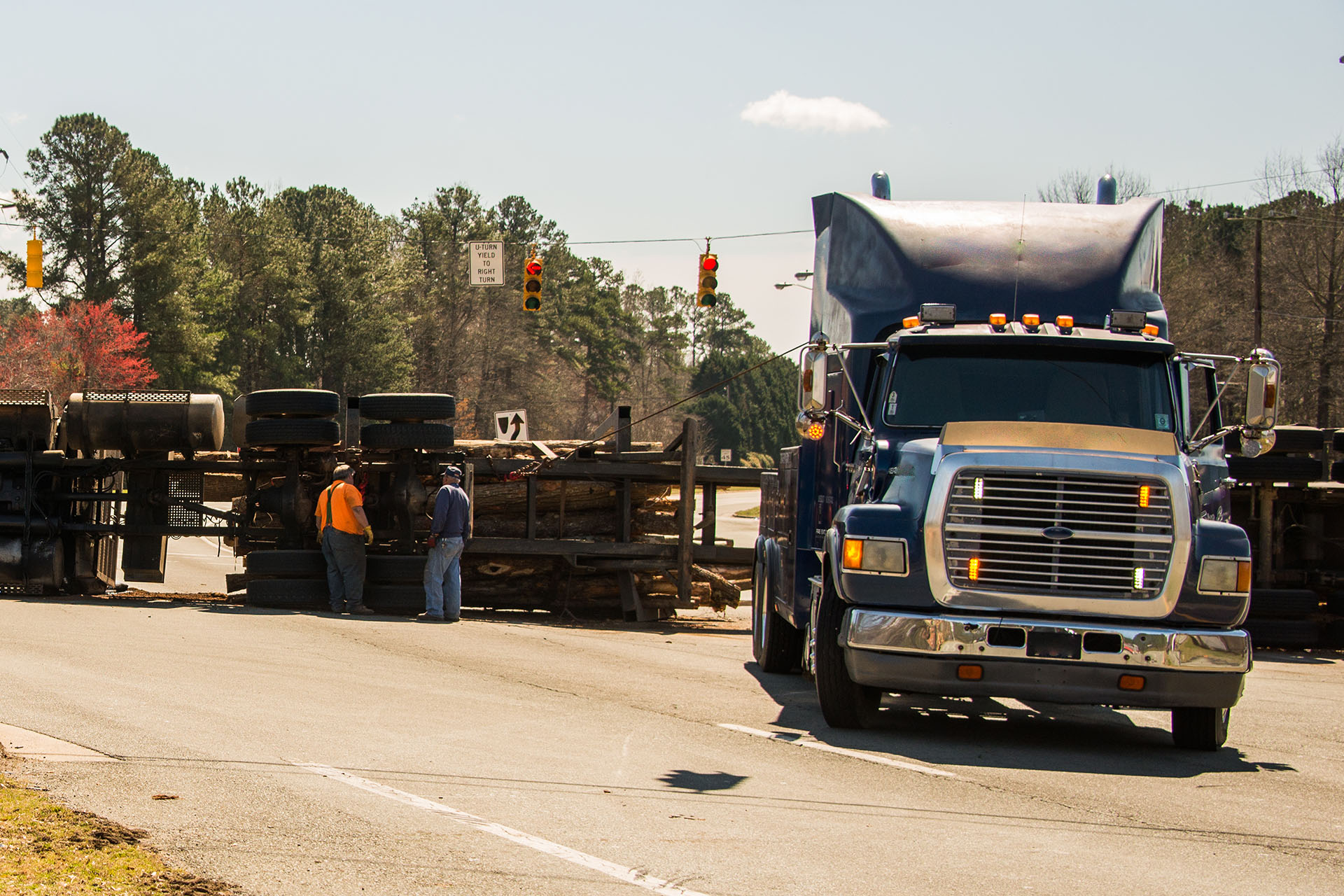 Drivers receive instant feedback if they are using extra fuel due to “harsh cornering, breaking, and acceleration,” she says.

Or excess idling. “Not when you’re stuck in traffic, but if you’re in a café having a coffee,” she explains.

Also, “if your tyres are underinflated, you will be using more gas to propel your vehicle forward,” says Miss Korshunova.

Miss Korshunova’s company now has 500,000 users across the globe.

They are very much looking forward to the roll-out of 5G, she says.

And “when your vehicle’s hardware is reporting every two seconds, it means you’re using up a lot of mobile data,” she says.

Plus if lorry drivers are also using a dash-mounted camera to record the environment around them, that “transmission is going to happen much better, faster, and on a better level,” she says.

Cutting carbon in the energy sector

Meanwhile, the energy sector accounts for a quarter of British emissions, and even more in the US.

It is the second biggest carbon emitter in both countries.

And it wastes – to use the UK as an example – around 54% of the energy it creates.

While new equipment like wind turbines probably come with sensors out of the box, what about 30 year-old industrial assets like furnaces and pumps?

This helps monitor their output in real time, and switch them off when the energy they produce is surplus to requirements. 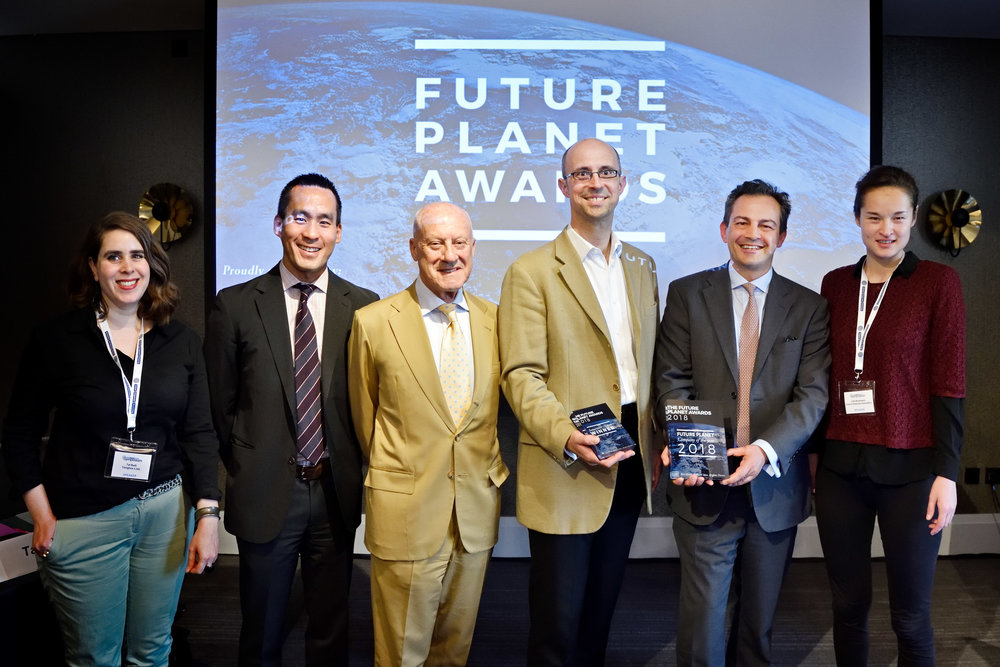 As well as enabling predictive maintenance.

The top priority is getting the data securely back to their servers.

So far their need for secure and reliable data means they rely on hardwired instead of wireless communication, he says.

But in coming years, he expects IoT hardware “to reduce in cost, both in terms of equipment cost, and also in terms of installation”.

Like much of industry, Mr Baker’s sector would need to see substantial wireless reliability on offer before moving away from 5G.

5G engineers say the entire network architecture is designed around resilience against performance degradation, in densely packed areas like office buildings and stadiums.

In 5G, small cell towers make individual connections with online devices (a process called beamforming), along the uncongested millimetre wave – unused frequencies sitting at the top of the radio spectrum.

More resilient 5G connections will help energy startups move from hardwired to wireless connections between pumps and furnaces and the Internet.

And help get more devices in the energy infrastructure online.

Deforestation, obviously, removes the trees that soak up carbon dioxide.

But the chainsaws and heavy equipment deployed to cut down trees also make up 15% of global carbon emissions.

It mounts these on trees, where, powered by solar panels, they can detect chainsaw or engine sounds.  And then lets local authorities spot and stop illegal logging in real-time.

One sensor can capture sounds in a square mile. 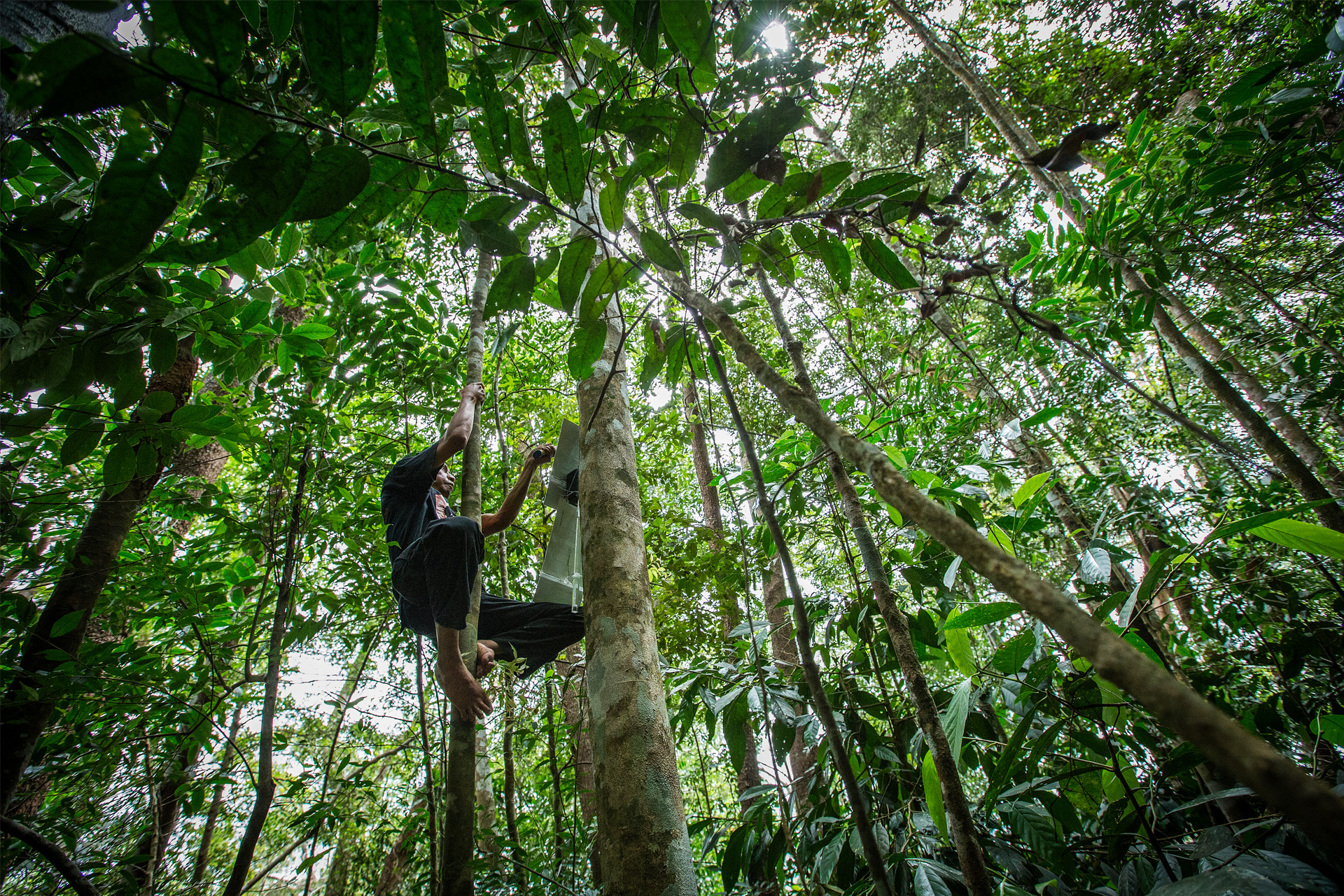 Meanwhile machine-learning software running on the cloud compares the sounds with typical noises from illegal logging, and generates text messages for local authorities.

Meanwhile machine-learning software running on the cloud compares the sounds with typical noises from illegal logging, and generates text messages for local authorities.

Topher White, its co-founder and an engineer by training, says Rainforest Connection currently is monitoring 2,500 square kilometres of rainforest in ten countries.

It plans to expand this shortly by another 4,000 square kilometres, bringing them to 20 countries.

Mr White was inspired to create the start-up when he visited a gibbon reserve in Indonesia, and could hear the sounds of illegal logging in the distance.

He then built the system in his parents’ garage in San Francisco.  It uses TensorFlow, an open source machine learning platform created by Google.

Rainforest Connection also has a streaming app, to let you listen to the sounds of rainforests while you work.

Transport, energy, and illegal logging are three ways where IoT can provide fast, instant feedback to help us be more efficient and cut emissions.

But these aren’t the only fields where IoT can make a difference. Oceanic cargo shipping, which lags behind other industries in its use of information and communications technology, can cut fuel (and emissions) by 15% using IoT, according to early tests in route optimisation.

And smart agriculture – which includes precision agriculture in using fertiliser and water, and looking at farm animals’ position and behaviour to identify ailing livestock – could reduce emissions on farms, too.

As Earth Day approached, Game of Thrones comes back for its final season.

George RR Martin has said in interviews his books offer a “great parallel” to today’s climate change crisis, as squabbling nations refuse to believe or act to avert the destructive consequences of long-heralded change in the environment.

But from rain forests to the seas, IoT offers a concrete way for the fight back against climate change to start.