Digital resilience: the foundation of a safer internet 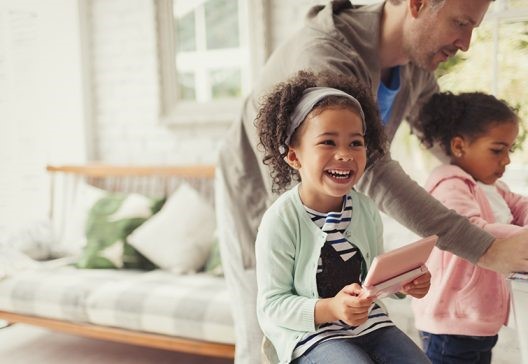 The online world offers our children a wealth of opportunity, but its ubiquity means it also exposes them to a wide range of risks, such as inappropriate content, cyberbullying, and aggressive marketing. A global survey by Vodafone of about 5,000 teenagers across 11 countries found that 1 in 5 had been bullied online. More than half of them said that cyberbullying was worse than face-to-face bullying. Of those who were bullied, 38% did not tell their parents, citing feelings of shame or fear.

These figures are sobering and demonstrate that all of us – parents, carers, educators, governments, businesses – need to do more. As digital continues to pervade our societies and economies, we have a collective responsibility to develop our children’s digital resilience. Digital resilience is the technical, emotional and critical thinking skills that our children need to be able to get all the benefits from the internet, while being able to spot the dangers and manage the risks.

Digital resilience starts with devising tools to protect our children from malicious content, as well as teaching them how to use them effectively. Vodafone was the first operator to offer customers content controls, which enables them to prevent children accessing inappropriate content, as an “opt-out” service. In 2004, mobile operators came together and published a self-regulatory Code of Practice for online child protection, which now forms the blueprint for international industry codes. Then, in 2008 we joined other mobile companies to establish the GSMA Alliance against Child Sexual Abuse Content, helping to tackle the problem at a global level.

However, digital resilience is not just about being digitally literate. It’s also about having emotional resilience, which is challenging in both the offline and online world. It is essential to improve our children’s ability to cope with peer pressure, develop self-confidence and to communicate in a clear, coherent and courteous manner. The online environment has arguably made this more difficult. The anonymity, the polarisation of newsfeeds which are filtered according to interests and beliefs, and the careless comments, kneejerk retorts, and generalisations that are common in the world of social media, mean that the quality of conversations online can degenerate quickly.

The lack of digital skills is exacerbated by the fact that some of our schools are not “digital ready”. The European Commission estimates that less than half of European children are in schools which are “highly equipped digitally” and only 20-25% of them are taught by teachers who are confident using technology in the classroom. Parents want more support too – a YouGov survey commissioned by Vodafone in 2016 showed that over 50% of parents think their child’s school should spend more time teaching children how to deal with online behaviour. Children feel the same – YouGov’s research found that 53% of children think more time should be spent in school learning about online safety.

So what needs to be done? There needs to be a commitment from government to teach digital resilience in every school. Industry needs to support this, with resources and research, given that

those providing the services are the best placed to understand the latest developments and help build digital communities. Furthermore, by taking a more active role in education, businesses will also contribute to the development of a digitally literate and capable talent pool which they will rely on in future

Vodafone’s BeStrong training programme is a good example. It provides resources for schools to help build young people’s digital resilience across various areas of online safety. The modules cover areas such as Cyberbullying, Selfies, Digital Footprint and Well Being and by using the train the trainer method we have trained over 1,000 ‘BeStrong Ambassadors’ who will go on to train their peers in schools around the UK.

Parents and carers are also critical to the success of these programmes and our parenting website and Digital Parenting Magazine, distributed to over 5 million parents, provides resources and information to help teach children digital resilience. In addition, working with Parentzone, a parent training organisation, we have just released a new set of resources to help parents teach their children to be confident communicators, critical thinkers and capable tool users. These are intended to be accessible and fun – encouraging parents and children to talk, share experiences and learn from each other.

While not enough in themselves, such initiatives go a long way. The real inflection point, in the longer term, will come with digital resilience in terms of critical thinking. This is the ability to find, evaluate, use, share and create positive content. With critical thinking we may empower citizens to deal with some of the biggest issues of today from fake news and filter bubbles to political manipulation and by doing so, create a more constructive and optimistic future.

Digital skills are life skills, much like counting, reading, writing and road safety. It’s all our responsibility – parents, carers, governments, educators, businesses, law enforcement – to ensure our children are digitally informed, digitally confident and digitally resilient, and that they have everything they need to thrive in the digital age.

Joakim Reiter is the Group External Affairs Director of Vodafone. Before joining Vodafone in April 2017, Joakim was the Assistant Secretary-General of the United Nations and the Deputy Secretary-General of the United Nations Conference on Trade and Development (UNCTAD). Prior to that, he spent more than 15 years in the foreign service of Sweden, including as Deputy Director-General of the Ministry of Foreign Affairs, Ambassador to the World Trade Organization and at the Permanent Representation to the European Union. He also served as an EU negotiator with DG TRADE at the European Commission.

This generation of parents and kids need new tools for digital lives
http://www.vodafone.com/content/vodafone/vodcom/en_gb/home/what-we-do/technology/blog/parents-kids-generation.html

Will you #BeStrong and stand up to bullying on Snapchat?
http://www.vodafone.com/content/vodafone/vodcom/en_gb/home/what-we-do/technology/blog/bullying-snapchat.html