Que Syrah, Syrah: How José Moro’s Spanish winery is making a splash with the internet of things

And now, they are doing this with a bit of of help from the Internet of Things (IoT).

Bodegas Emilio Moro, named for the grandfather of today’s owner José Moro, looks down on the River Duoro from a height of 700 metres.

Three miles away is Peñafiel Castle, dating from 947 and surrounded by subterranean wine caves where some of the 300 local vineyards store and age their wares.

A 2,000 year-old mosaic of Bacchus, 66 metres large and discovered nearby in 1972, demonstrates just how far back winemaking in the Duero valley dates.

The vineyard’s wines are award-winning – they took a blue-gold in last year’s Sydney International Wine Competition, and were commended in the Decanter World Wine Awards in 2017.

In February 2019, they added a something slightly different — one from the Spanish Association for Telecommunications Users and the Information Society, for innovations in applying IoT to winemaking.

Today, a slew of sensors are strewn around Mr Moro’s vineyards.

These give him and his family specific data about sunlight, the need for fertiliser, or the presence of diseases from pinpointed places in their grape crop.

All in real time.

Becoming a digital vineyard, says Mr Moro, will reduce his water, fertiliser, and energy needs, and help him improve the quantity and quality of his harvest by more closely monitoring the grapes.

In September, Mr Moro teamed up with a new programme coordinated by Vodafone, called Sensing4Farming – to use artificial intelligence (AI) and IoT across the winery.

As a result, his vineyards now consume information from the sky and the ground.

Information from the sky comes from DigitalGlobe, a Colorado-based company which operates several WorldView satellites.

These can provide high-resolution images on up to three million square kilometres of the earth a day – with a resolution able to distinguish objects just 30 centimetres in size, and including spectra not visible to the human eye.

For clients like Bodegas Emilio Moro, these images can reveal information about the health of their vines, such as the concentration of chlorophyll.

Low concentrations of chlorophyll can limit photosynthesis and plants’ growth and yield.  If it dips, growers may likely want to add nitrogen fertiliser to the soil.

Closer to the ground, Danish company Qampo supplies sensors to log data about soil and leaf moisture, temperature, and humidity.

They can help check for irrigation leaks – previously a time-consuming task which had to be done in person.

IoT embeds sensors in everyday objects, allowing them to communicate and interact over the internet.

It is known as a low-power, wide-area technology.

Which tend to be patchy outside cities.

As it happens, narrowband IoT is especially well suited to rural areas. And producing agricultural applications to help shape the connected farm of the future.

Other farming applications of the technology include automated feeding for crops and herds, and support for animals giving birth. 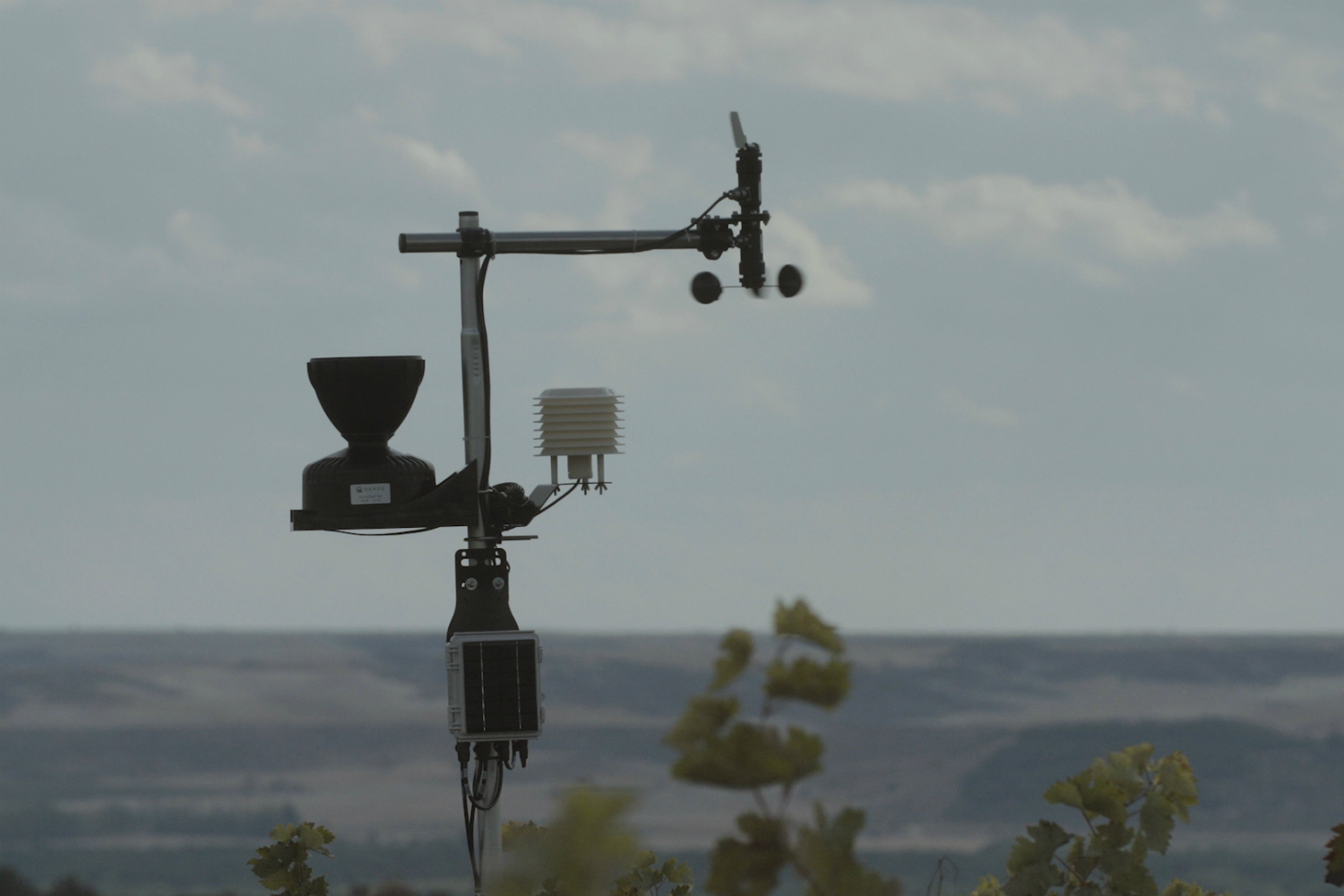 With narrowband IoT connecting ground sensors around the vineyard, and satellite data streaming in from far above the rooftops, a good winemaker needs algorithms to crunch this data.

And provide trustworthy information about when or where to water or fertilise, when to harvest, and how best to protect vines from pests and diseases like Phylloxera, black rot, and trunk diseases.

Grapevine diseases cause about 13% of wine production to be lost a year. In France, for example, this costs growers €1 billion.

Italian-based land management company Abaco has produced what it calls a digital farming platform, called SITI4farmer, running from the cloud.

Drawing on vast streams of data and patterns of previous years, artificial intelligence algorithms like these ones can help search for signs of mildew before it is visible.

Or make better decisions about spraying and irrigation.

Before, winegrowers made these types of decisions just based on the calendar.

And GMV says its data-mining engine can cut growers’ production costs by between 4 and 6%. 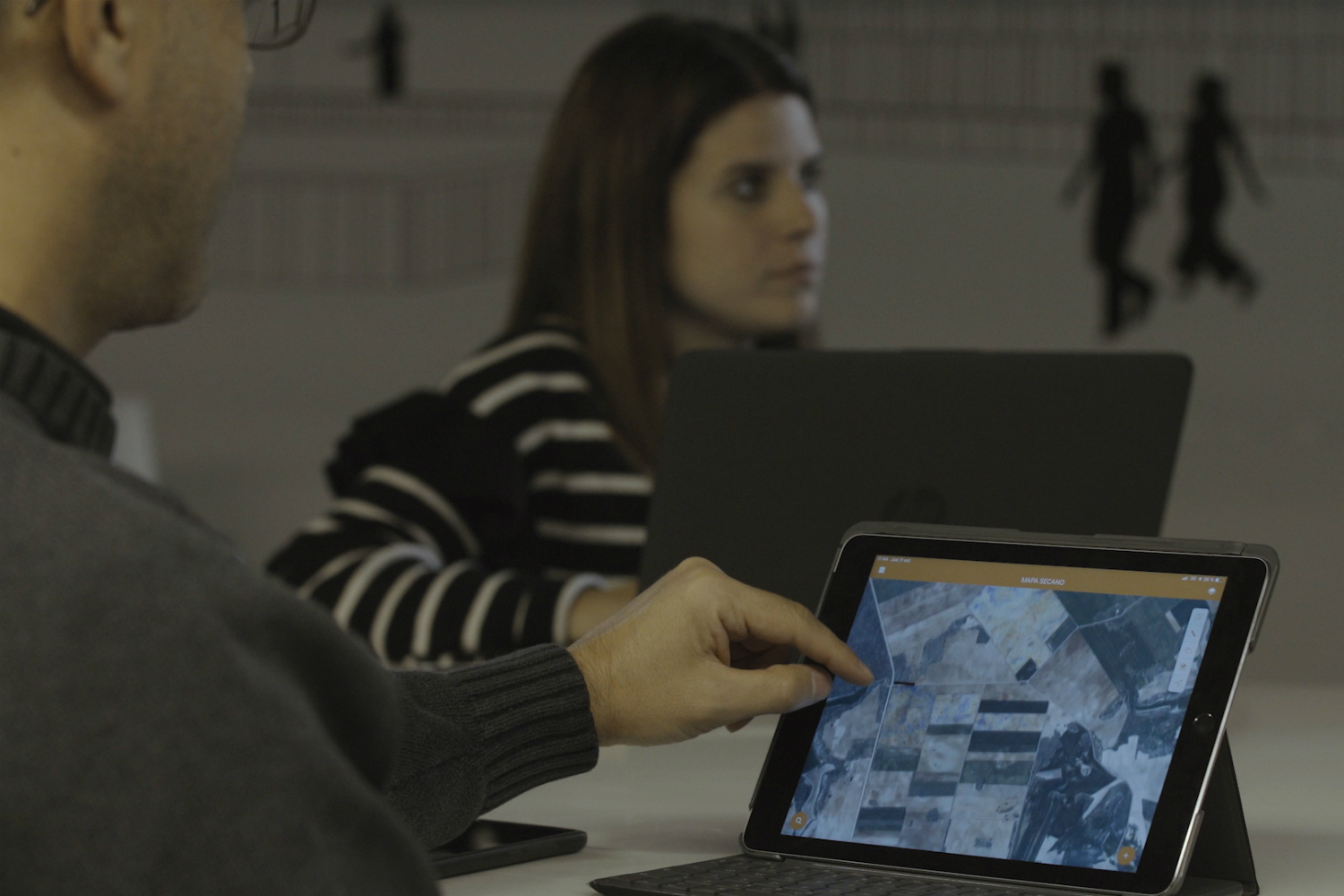 So winemakers like Mr Moro can tell immediately when humidity (ideally around 70%) and temperature (best around 13 degrees celsius) drift into territory that might damage their wine.

This technology will be able to help winemakers achieve higher crop yields and increased efficiency.

But the ultimate goal is much bigger than that.

Precision agriculture will not only help growers boost their bottom lines.

It also will assist in meeting the food needs of an expanding planet.

The world’s population is expected to grow to almost 10 billion by 2050, says the UN’s Food and Agriculture Organization.

This means agricultural demand will be, even in modest scenarios, 50% higher compared with 2013.

Feeding these extra people will rely on data-driven farmers, using tools like the IoT and AI.

It will mean a digital agricultural revolution, following the mechanised agriculture revolution which took place between 1900 and 1930, and the green rof the 1990s.

Wine as an industry looks back to its traditions as much as forward to new technology, but this does not bother the head of Bodegas Emilio Moro.

“After all, today’s innovators are those who will create tomorrow’s tradition,” says Mr Moro.