Vodafone Foundation is committing US$28 million (€23.7 million) to expand its m-mama ‘ambulance taxi’ programme beyond Tanzania for the first time to Lesotho and other sub-Saharan African countries.

The programme will initially expand to Lesotho, with a co-investment of US$4.5 million (€3.8 million) by the Foundation and the Government of Lesotho to introduce m-mama across the country through the Ministry of Health.

Lesotho has one of the highest rates of maternal mortality in the world, and the programme could potentially save 200 lives over the next four years alone. 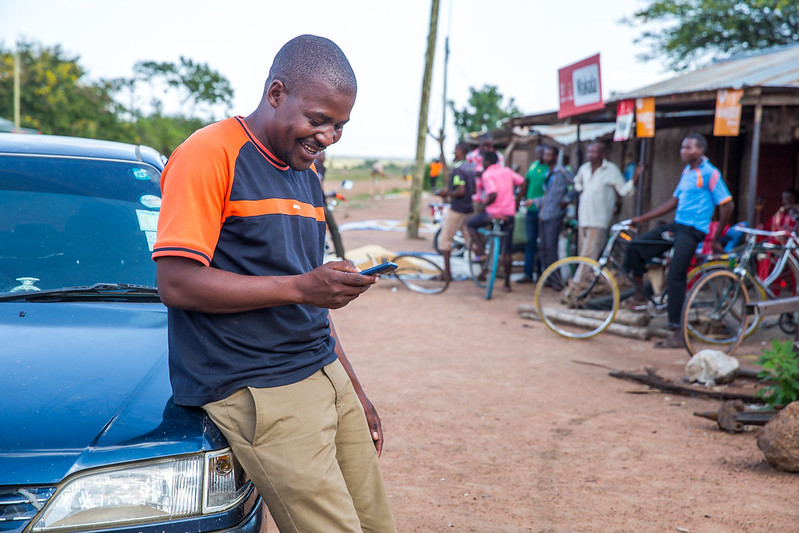 “Vodafone Foundation shares the commitment of the Government of Lesotho to reduce maternal mortality and contribute to the UN’s health goal. Our long-term investment of US$28 million to expand m-mama within sub-Saharan Africa will save the lives of thousands of women through an emergency service that governments can afford to sustain.”

“The Government of Lesotho is proud to partner with Vodafone Foundation on this groundbreaking project to save the lives of thousands of women and children from maternal deaths in Lesotho. This is a reflection of the Government of Lesotho’s commitment to improving not only the quality of life of the women and children, but that of preserving this nation for years to come.”

M-mama emergency services started in 2015 in Tanzania with the support of the government and other partners. It provides a toll free number and 24/7 call centre to connect women who experience complications in pregnancy, labour, or with a newborn, to either an ambulance or to a fleet of ‘ambulance taxis’.

Local taxi drivers are trained to handle the transportation of obstetric emergencies, and given the equipment they need to get patients safely to hospital. A woman in distress telephones a free 24/7 call centre and either an ambulance or the nearest ambulance taxi is dispatched. The ambulance taxi driver is identified through the m-mama mobile app then paid electronically using M-Pesa once safely at the hospital, at no cost to the women being transported.

The situation in Lesotho

The maternal mortality rate in Lesotho is six times higher than the UN’s 2030 target, with 487 deaths per 100,000 live births, meaning around 272 women die every year in pregnancy or childbirth.

Vodafone Foundation will establish three call centres to cover the entire country 24 hours a day and will provide technical expertise to get the system up and running. The Lesotho government is committing health staff and an increasing percentage of the transport costs to ensure that the programme is entirely sustained, within existing health budgets, over the next four years when it could provide lifesaving care to around 8,500 women.**

Reducing maternal mortality is the number one health priority in the United Nation’s (UN) Sustainable Development Goals, because many women in rural areas continue to lack adequate access to antenatal care and delivery services.

In the first two districts where m-mama operates in Tanzania – Sengerema and Shinyanga, which cover an area larger than Belgium –  research showed that the programme reduced maternal mortality by 27%. 8,800 high-risk pregnant women and 1,950 newborn children have been transported to hospital in this way, equivalent to three times the number of emergencies transported prior to the service’s inception in 2015. M-mama has saved the lives of around 500 women over the past five years using a fleet of 100 ambulance taxis that have reduced the journey time to hospital over poor quality local roads by up to 45 minutes compared to an ambulance.

Vodafone Foundation and Vodafone Group have made a long-term sustained commitment to support maternal health through a number of programmes in sub-Saharan Africa. Since 2010, Vodafone Foundation has managed over US$24 million (€20.3 million) of philanthropic investment with over 1 million women, girls and babies receiving lifesaving treatment, transport, medical care and health education.

The work between Vodafone Foundation and the government of Lesotho will build upon the successful handover of the M-HIT mobile clinic programme, which was established by Vodafone Foundation and partners and then taken over by the government in 2018. The programme brought basic primary health care and paediatric HIV services to 200 villages, providing 57,000 children with primary health services over three years and leading to a 160% increase in HIV testing, diagnosis and uptake of life-saving treatment. Thanks to the Lesotho government’s commitment, the programme will now provide long term support to those communities.

*M-Pesa was introduced by Vodafone in 2007 and is now Africa’s most popular payments platform with 41.5 million customers across seven countries safely, securely and conveniently completing 12.2 billion transactions a year using their mobile devices.

**The World Health Organization estimates that 10% of pregnancies will end up being an emergency situation. Around half of those women in Lesotho are likely to need transport to hospital.

Vodafone is a leading technology communications company keeping society connected and building a digital future for everyone.

Vodafone is focused on two scaled and differentiated regional platforms in Europe and Africa.  We operate mobile and fixed networks in 22 countries and partner with mobile networks in 48 more.  As at 30 June 2020 we had over 300m mobile customers, more than 27m fixed broadband customers and over 22m TV customers.

We connect for a better future.  We are optimistic about how technology and connectivity can enhance the future and improve people’s lives. Through our business, we aim to build a digital society that enhances socio-economic progress, embraces everyone and does not come at the cost of our planet. That is why we have committed to improve one billion lives and halve our environmental impact by 2025.