Vodafone Group Plc today announced the appointment of Maria Amparo Moraleda Martinez as a Non-Executive Director with effect from 1 June 2017.

Amparo Moraleda is a Non-Executive Director of Airbus Group, CaixaBank, Solvay and Faurecia and was previously a Non-Executive Director of Alstom and Meliá Hotels International. Amparo Moraleda received a degree in Industrial Engineering from Comillas Pontifical University in Madrid and is also an IESE AMP graduate. She joined IBM in 1988 and spent more than 20 years with the company, becoming President of IBM Southern Europe (Spain, Portugal, Greece, Israel and Turkey) in 2005. In 2009, Amparo Moraleda joined Iberdrola where she was Chief Operating officer of the International Division till 2012.

She is a member of the Royal Academy of Economic and Financial Services and was inducted into the Women in Technology International Hall of Fame in 2005.

Vodafone Group Chairman Gerard Kleisterlee said: “I am delighted to welcome an international business leader of Amparo's calibre to Vodafone. Her engineering background and IT and technology expertise will be a valuable addition to the Board.”

There are no other disclosures to be made under Listing Rule 9.6.13. 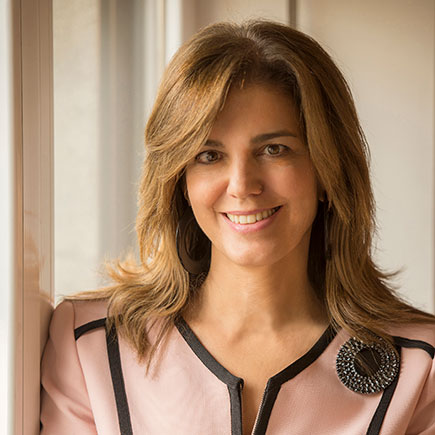 Vodafone is one of the world’s largest telecommunications companies and provides a range of services including voice, messaging, data and fixed communications. Vodafone has mobile operations in 26 countries, partners with mobile networks in 49 more, and fixed broadband operations in 17 markets. As of 30 September 2016, Vodafone had 470 million mobile customers and 14 million fixed broadband customers. For more information, please visit:  www.vodafone.com.